A gray-haired man and a blonde woman left the courtroom as the prosecution was delivering its final arguments to the jury. The man looked at Det. Daniel Hersl and nodded. The woman appeared to be crying.

On the penultimate day of the Gun Trace Task Force Trial, drama was spare. But the enormity of the crimes charged against Hersl and Det. Marcus Taylor—the last two remaining of the eight defendants, and the only ones who have not pleaded guilty—was put on vivid display: robberies of individuals where money or drugs or both were taken and not submitted as evidence.

Jimmy Griffin had about $12,000, more than half of which didn’t make it to Evidence Control. “This guy makes more money than me,” Hersl allegedly said, pocketing thousands.

And the Oreese Stevenson job, in which the gun cops interrupted a drug deal in a van, took the cash from that transaction and then robbed the dealer’s house of another $200,000, but put $100,000 back into a safe and videotaped its discovery for evidentiary purposes.

There were others. Cocaine taken from suspects and sold on the street. A bag containing 25 pounds of marijuana, sold. A gun, sold back on the street. And tens of thousands of dollars taken from taxpayers via time card fraud. One former sergeant, Thomas Allers, stole with members of the elite unit tasked with tracking down and arresting Baltimore’s most violent criminals. Then the next sergeant, Wayne Jenkins, amped up the crime spree.

He called in a buddy—bail bondsman Donald Stepp—and dressed him as a cop to do some robberies, and passed to him drugs to sell. Two members of the team, Momodu Gondo and Jemell Rayam, worked directly for a drug crew, providing protection. It was this side hustle that brought the police unit to the attention of federal investigators: Tapping the phones of a heroin-dealing outfit they called “The Shropshire Organization,” DEA agents heard the voices of Baltimore cops.

Prosecutors charged the defendants with violations of the Racketeer Influenced Corrupt Organization Act—RICO—a law passed nearly 50 years ago to target the mafia. In RICO cases, prosecutors must prove the existence of an “enterprise” that directs and carries out crimes in the furtherance of its corrupt mission. In this case, the enterprise is the Baltimore Police Department.

Members of the criminal conspiracy were entrusted with a badge and a gun “to use those tools for good,” Assistant Maryland U.S. Attorney Derek Hines told the jury yesterday as he began his closing argument. Instead they turned to crime on a grand scale, even recruiting others. One cop testified that shortly after he joined the task force, Jenkins and Hersl took him to a secluded location and made sure he was stripped of all electronic gear before asking, “What would you do if we were following a high level drug dealer? Would you take the money?”

Thinking his sergeant and a senior member of the team were testing him, the officer testified he told them he would not take a drug dealer’s cash, that it was a “terrible fucking idea.”

Shortly thereafter he was transferred out of the unit.

Every officer had a choice, the prosecutor said. The defendants chose the wrong path. Members of the unit would ride around Baltimore looking for likely suspects. Men with backpacks were targeted. People driving certain types of cars, and minivans. The Gun Trace Task Force cops would drive down an alley or the wrong way down a one-way street toward groups of young men, to see who would startle and run. They’d chase down the runners. They called this technique the “door pop.” They called stealing “taxing.”

Hersl and Taylor, the holdouts, face long stretches for robbery and use of a handgun in a crime of violence, charges their co-defendants ducked by pleading guilty. The handgun charges carry five-year minimums. Hersl’s lawyer, William Purpura, contended that his client was merely a thief, not a robber—the gun he carried every day as a cop incidental to the crime of putting a drug dealer’s cash into his own pocket, instead of an evidence bag.

Purpura worked hard to disassociate Hersl from Jenkins and the others, saying Jenkins didn’t trust him. That’s why Jenkins took Hersl to the remote location to ask the rookie if he was down to steal drug money. He said Hersl was being set up by liars.

But, the prosecutors showed, Hersl’s pattern of racketeering predated his time with the Gun Trace Task Force: He took money from Griffin, Tate and Santiful before he ever joined Jenkins’ squad. And the government’s theory of the case—that armed police are intimidating and likely to get their way, so that when they “tax” drug suspects they’ve just handcuffed, it’s a robbery, not a theft—is hard to argue against. During the closing arguments, Purpura objected multiple times as Wise restated Purpura’s thief-vs-robber argument to the jury.

The prospect of extra hard time amounts to a message to dirty cops: better fess up and plead guilty.

The cooperating witnesses named 10 additional Baltimore City police officers—including the late Det. Sean Suiter, shot to death with his own gun in November—and two county cops as having participated in thefts from suspects or other crimes, and one unnamed assistant state’s attorney is alleged to have tipped off the defendants to the federal investigation.

“He knew we were coming,” Wise told the jury today, speaking to why the search of Hersl’s house turned up no contraband, in his rebuttal to the defense’s closing arguments.

All of which suggests that, whatever the jury decides in the Taylor and Hersl cases, this scandal is not over. 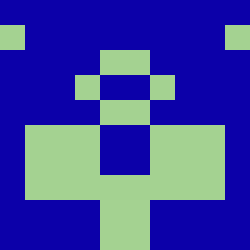