Courtesy of Citybizlist – In response to “Remembering Greg Barnhill”, citybizlist received an overwhelming response from our readers and friends. We’re sharing those responses below. If you have an interesting anecdote or story, please send it to [email protected]

My memory of Greg goes back to 1984. We had moved from Washington to Baltimore, drawn to the city by Mayor Schaefer’s “shopstead” program. Greg was an early subscriber to one of our newsletters. He noticed the move to Baltimore and asked to have lunch. We went to “Love’s,” on Charles & 25th. Greg told me that he was glad we had moved the company to Baltimore…and then he surprised me. He spilled a glass of water in my lap and said he wanted to invest in my company.

At the time, our company was such a fledgling enterprise it was not at all certain that it would ever learn to fly.  I cautioned him against it. I told him he would probably lose his money.  But he said he was a “big boy.” He wanted to do it. I wasn’t really looking for investment capital at the time. I didn’t need it. But it wasn’t a matter of money. I probably wouldn’t have sold part of the company to anyone but Greg. He was so friendly, so upbeat, and so optimistic. I was happy to have an ally and helper in our new home town.

For the next 28 years, Greg was always available, cheerfully offering support…giving ideas…and making connections.  It was always a pleasure to see him…and I never once regretted having him as a partner.

All of us at Agora will miss him greatly.

Positive. Well dressed.  Deal maker.  A friend.  And this was all before 8 am on any given day.  Greg first came to me as a business associate in the form of an investor/board member, but quickly became a good friend. Through my friendship with John Carbone, I met Greg, or as John called him, “Greg-o.”  I always looked forward to meeting with Greg and John, whether it was at Tark’s, Joey Chui’s or Greg’s house where he had his prized metal banks.  When I think of Greg, I find myself smiling because he loved to say “non sequitur.”  I never knew what it meant until I met Greg…and after my first meeting, I had to Google it because he said it at least 5 times.  There is a very good reason for Greg saying that phrase often, and that was because that is how Greg’s mind worked.  Greg had such a high-energy business mind, that thoughts never stopped.  There would be days when Greg would call me urgently and say he wanted me to meet a particular person, and I would respond, “ok, sounds good, I am excited – what should I talk to them about?,” to which Greg would respond, “I don’t know – I just want you guys to meet, because there might be something there.”  That something was Greg.  No matter who he “suggested” I meet with (and by the way, I always did because Greg thought it was important enough to do so, and that was good enough for me), we always ended up talking more about Greg than what synergies we could have together.

Greg had such a young spirit, his excitement was contagious in the many things he did:  family engagements, talking about Scott’s regattas, talking about Lisa’s real estate deals, attending auctions, metal bank collecting, sailing, Nicaragua trips and of course, telling stories.

Greg was the glue for many start-ups, companies and entrepreneurs.  The small business world in Baltimore is better because of Greg Barnhill.  Going forward whenever I hear the phrase entrepreneurial spirit, undoubtedly I will know that that spirit is the spirit of Greg Barnhill.

Thanks for letting me share this Edwin…just like yourself, this was hard to write for a number of reasons, one of which is how do you talk about Greg in just one or two paragraphs? 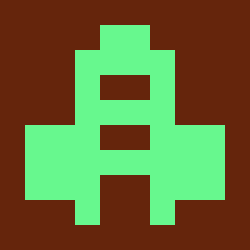