Even if everything had gone perfectly I would have been about five minutes late for work. I didn’t call to make excuses to my boss because the chances were good that he wouldn’t be there either. It was entirely possible that he would never know I was late, but it was imperative that I get there as quickly as I could. There would be hell to pay if I were just unbuckling my seatbelt when he pulled up.

The point is that I was in a hurry. I kicked the gate closed and held a slice of toast between my teeth as I unlocked the door to my beat up old Honda. My partner had driven the car the night before, so the seat had been adjusted to accommodate his six feet and three inches. I sat down expecting my own comfy seating position, which, as my daughters like to tell me, is pulled up tight like a little old lady. Instead, the jarring drop backward caused me to bite through the toast, which fell in the crack between the console and the seat. There is no kissing it up to God when food falls on my car floor. It is instantly contaminated beyond redemption. The prospect of no morning carbohydrates made my neck and shoulders clench with anxiety. I was suddenly and irrationally sure that I would be ravenously hungry all day.

I drove exactly 2/10 of a mile before the gas light turned on. In my car, that usually means I have three and a half seconds to get to a station before the coughing and sputtering starts. I weighed the chances that I could get to work and decided not to risk it. I raced to the station on the corner, pumped a quick 20 bucks, and sped off for the red light at the intersection.

After that, every light from Roland Park to Pikesville, where I work, seemed to turn red as soon as it saw me approaching. My frustrations multiplied faster than the cars on the beltway. The ramp for my exit was cut off by a police car for some reason that only the secret society of law and order was privy to. There was certainly no evidence of a crash or a sinkhole or a nuclear catastrophe, so the only remaining reason that could warrant this detour is that the whole world was against my getting to work on time.

I went an alternate route that meant a mile in the wrong direction and more red lights. Just as I got back on the right path, a big white Honda Odyssey pulled in front of me and slowed to a crawl.

“Are you kidding me?” I shouted. The Odyssey inched along and my Honda inched along with it. All the while, my muttering alternated between expletives and desperate pleading with the universe to make these Odyssey-dwelling people get out of my way. Even though there was no traffic as far as the eye could see, they waited for so long at the stop sign that it seemed the seasons might change before they went through. They finally moved forward about a foot without any indication which way they were turning. I willed them to go right so that I could go left and be free of them. For a second it seemed they would. I saw their tires shift in that direction and the van moved a few more inches forward before stopping again. This time they waited a bit longer and I could see the back of the driver’s head craning to the left and to the right as if he were afraid that some car two miles away might magically appear and hit him if he dared to pull out.

“DO IT!” I shouted and I’m sure I was a frightening sight by this point. My eyes are naturally too big and my face is overly expressive in my most Zen of moments, but I was beside myself with frustration and impatience. It didn’t occur to me to be conscious of how I looked. The Odyssey committed to a left turn and I rolled right through the stop sign with him. I knew I was too close but I was trying desperately to make as much progress as possible. That’s when the van stopped again, right in the middle of the street. I couldn’t take it anymore. I spun my steering wheel to the left and hit the gas. My car shot out and around them with a screech and, to demonstrate my annoyance with them, I punched the gas a little harder as I passed.

I heard the little girl inside the van scream; with my peripheral vision, I saw the driver gesturing wildly with his whole body. What I didn’t see was their German Shepherd bounding out from the nearby yard. I didn’t know he had run away that morning or that the terrified seven year old had begged her father to take her to find him instead of taking her to school. I didn’t know he had missed an important meeting to do so because he loved the dog as much as she did.

The second the black and brown fur appeared on the screen of my consciousness the world began to turn in slow motion. I knew there was no time to stop what was about to happen. I saw him leap with playful enthusiasm into the street. I felt both of my feet slam the brake, but it didn’t seem to slow the car at all. The little girl’s screaming never stopped, but I clearly heard the sound of the animal’s body meet my bumper.

I was out of my car in a flash and running to see how bad it was. The man got out, too, and raced for his beloved, four-legged family member. The woman inside tried to join us but had to say in the van to calm the hysterical child.

The dog was lying in the street, motionless. My heart leapt into my throat. “Oh God! Oh God!” I cried. The man was quiet. This may be because he was in shock or it may be because he saw how I fell to the dog’s side weeping and apologizing. We searched for a wound but found none. After a moment that felt like a week, the dog lifted his head and looked at us with confusion. “Oh God! Oh God!” I cried again. “I’m so sorry!” I heard the man smack his fists onto his knees as if only a physical blow could release him from what he was feeling. The dog slowly rose to his feet while the man and I openly wept and stroked his neck. I told the dog again and again how sorry I was and as if to forgive me he wagged his tail and licked my hand. Then, like nothing had happened, he sprang up to his hind legs and nearly tackled the man. It was as if it had all been a wonderful joke and he loved us for playing. The little girl and her mother came out and were greeted with licks and full-bodied tail wags. None of them looked at me with the fury and frustration I had beamed at them moments before. They just gathered up their precious cargo and drove away.

I sat in my car stunned for a moment then I drove the last mile to my office in tears. I parked in the parking lot and wept over what might have happened because of my intolerance. I vowed never to let it happen again and, with a few deep breaths, pulled myself together and made the move to walk into the office. I was unbuckling my belt just as my boss’s car pulled up beside me. 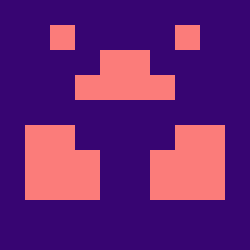