Students at St. James Academy develop an appreciation of theater at an early age, starting as early as first grade. This love of the arts carries them through their educational career at the school, often culminating in taking part in musical performances during the middle and high school years.

Randi Martin, Music and Performing Arts teacher at the school, notes the students really value the high quality of the performances. “They really appreciate that we take it seriously, that we make the musical performances as high quality as possible,” she says. “Our philosophy is to never give children a watered down version of a performance as it reduces the quality of the original work.”

Martin loves how the students are always up for the challenge to tackle a full-scale production, or learn music that is difficult and complicated. Earlier in December, the fourth and fifth grades performed a musical show titled “Alice in Concert.” Randi explains that this Alice in Wonderland is “definitely not the Disney version,” with the performers having to learn and perform many different and difficult types of musical styles, such as spoken word, flamenco, medieval and calypso. She noted that the students liked learning music that is difficult and new to their ears.

Martin ascribes to the Kodaly method of teaching, which uses a sequence for teaching music that is child developmental. She explains that the Kodaly method takes brain development into consideration and utilizes rhythmic syllables and rhythmic movement. For the younger first and second graders “we might modify harmonies but we will preserve the original quality of the work,” she explains. “By preserving the quality we can cultivate a high level of artistic taste in kids.”

She notes the students also love the feeling of community they get when taking part in a production. There’s always room for everyone, whether it’s backstage or onstage. Martin sees the performing arts as a community service and the students benefit from being part of that community. “It’s rewarding to see them take part in something bigger than yourself,” she explains. “They learn to think beyond themselves and work together towards group success.”

Next year, students at St. James Academy are looking forward to performing “Godspell” in March, along with the younger first, second and third graders performing a musical review in the spring that incorporates classical music around a theme using zoo animals. “Last year, the students incorporated folk songs and Victorian poetry without using a script in a theme about animals in the forest,” she explains. “The kids and parents loved it!”

For more information about St. James Academy, visit the website at www.saintjamesacademy.org, or call 410. 771.4816 (Main). 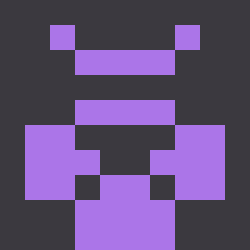 Emily Parks
Emily Parks is the owner of EP Writings, with expertise in program management for professional development programs, grant writing as well as freelance feature writing. Past clients include Baltimore’s Child, Mason-Dixon ARRIVE, and SoboVoice magazines as well as Baltimore Fishbowl, University of Maryland School of Nursing, University of Maryland Greenebaum Cancer Center, and Komen Maryland. When she’s not knee-deep in projects, you can find her cheering on the basketball team for her alma mater, UNC-Chapel Hill, as well as reading, writing, and running half-marathons.