It’s 10:30 on Sunday, and a small gathering has convened upon the Wesley Chapel in Springwell Senior Living Community. There are about 40 people on hand, a goodly number of whom are elderly residents. Some are in wheelchairs. This is St. John’s Mt. Washington Episcopal Church, which used to be housed in a stately 1928 Romanesque Revival church on a prime corner of South Avenue in the heart of the neighborhood.

The Reverend Lori Hale Babcock, who is indeed hale, blonde and reassuring in her rope-tied robe, dog collar peeking out over the top, and pretty summer sandals down below. The size of the room gives the service an intimate feeling, as Babcock makes eye contact and lends a hand to the less able. The gathering’s singing is surprisingly loud and melodic. There’s a certain amount of brio in the room despite the lack of stained-glass windows, pews or Books of Common Prayer. Or maybe because of that: New spaces can revive the appetite. Think of the savor of common foods eaten around a campfire or even at a picnic.

Springwell residents have been given a chance to attend a church service every Sunday without the use of a van or complicated logistics. It is a thing the attendees savor. “You ask yourself the question: is there church today?” says Springwell resident Virginia Burns. “It’s right up there with our wheelchair exercise classes.” Cindy Jones adds, “It gives us all a chance to see each other on Sunday afternoon, and Lori is such a great minister — she’s so spunky and fresh.” Of course, St. John’s in Mt. Washington at Springwell isn’t for everyone, due to “denominational differences,” one resident notes.

Like many congregations, St. John’s was faced with a gigantic, resource-eating building that swallowed more of its endowment every year. Senior Warden (that’s like being the chair of a board of directors) Sara Fawcett-Lee said that, when she took the job four years ago, the outgoing Warden told her that the church was going to have to be sold. The vestry (which is like a nonprofit board: members are nominated and elected, serve specific terms and follow bylaws) decided to offer the building for rent, and when no renters came, put it up for sale.

Contrasted with the Roman Catholic Church, which takes a more top-down approach to church sales, Episcopalian churches are allowed their own discernment regarding parish assets. The pastor and vestry are somewhat independent, within guidelines. They couldn’t, for example, sell the church and become independent or switch denominations. Whatever they do must be met with approval from higher-ups. St. John’s decision to sell was approved by the diocese, as is its currently “unchurched” status.

So what does $1.8 million get you? 10,000 square feet of space, A 50-space parking lot, a kitchen, myriad offices and a 200-seat great hall which features a Tiffany-style pastoral stained-glass window from the original, pre-1928 church. St. John’s is hoping to retain the rectory to use as offices but that might not be possible.

Baltimore is already home to many repurposed churches. You can service your Mac at Chesapeake Computers, buy cool clothes at Hunting Ground, work out at Sanctuary Body  or rent the Mobtown Ballroom for your next fete, all in former places of worship. Baltimore also has churches which have been upcycled into private homes. (Click here for an old listing for one in Evergreen, and for a look at one being offered as a home exchange, click here.)

The sale of St John’s buildings is not without its controversies. Some parishioners thought that they should just continue on and felt that the sale wasn’t decided fairly. Many left for other parishes and one self-described “church mouse” said she hadn’t been to any church service since St. John’s closed. Hurt and anger are understandable: It’s a insurmountable loss for some parishioners, who feel as if they have abruptly lost their spiritual community.

The decision to close a church is not an easy one to make. The vestry considered merging with another church (requiring them to share space with a larger congregation, and possibly losing their identity in the process) and a number of other options before making the decision to strike out, churchless. For now, St. John’s is holding steady at Springwell, and also maintaining its weekly sandwich-distribution and Uganda ministries.  The idea, says Babcock, is to go out into the community and “connect with something bigger than themselves,” and that she sees the “nomadic church” as something “fluid, flexible and evolving.”

The future of still-kicking St. John’s Parish remains uncertain. Money from the sale of the church will be used to pay past allotments to the diocese and to “further their ministries,” says Babcock. “We can do more with the hungry and needy.” It will not, however, be used to buy another church. They hope to revamp the website and use the Internet for outreach and community-building. Babcock says it might be easier to reach people through informal meetings over coffee or community service. “Someone might be intimidated coming into a church and not knowing the prayers and the hymns,” she said.  “Community service provides another way to have meaningful interactions, but it’s not a membership drive. We seek the face of Christ in every living person.”
Being an unchurched church is so new that there really isn’t a term for it. “In a way,” says Babcock, “It’s more like the beginnings of Christianity, when people met in each other’s houses.”

As many other religious communities all over the United States are forced to sell their buildings, St. John’s may be in the forward guard of figuring out what a parish is, exactly, at the present moment. Does it have to do with choirs and beautiful, polished sacred spaces? Or is it all about, as Babcock contends, relationships? Senior Warden Fawcett-Lee admits she had misgivings about the move to Springwell, because she is English and loves all the traditional liturgical trappings, but she says that she has realized she can go to the Cathedral of the Incarnation any time she wants and get her fill of church glory. It might be a workable model for the future: Free the flocks of expensive building upkeep, while collectively maintaining a cathedral for everyone’s use.

After all, the reasons these buildings are going up for sale is the critical mass of parishioners who contribute money and sweat equity into the upkeep just isn’t there, especially in the older city congregations. Catholic churches have been closing and combining for years. Protestant Christianity is in decline across the board, according to Laurie Goodstein in the New York Times. She quotes, however, Rev. Eileen Lindner, the pastor of a Presbyterian church in New Jersey: “A lot of the younger people are very spotty in their attendance at worship, but if we have a mission project, they’re here. They run the soup kitchens, they build the houses in Habitat for Humanity.” On a recent afternoon, the stained-glass windows in the darkened, silent sanctuary were absolutely breathtaking.  Of course, that is how stained-glass windows are meant to be seen — in the daytime, illuminated from without. “That’s the only thing I’m going to miss,” says longtime parishioner Georgia Hilliard, whose husband grew up in the parish. “The stained-glass windows. But being at Springwell has brought its own blessings.” She notes that the elderly residents have had a chance to become involved with St. John’s feeding ministry, making sandwiches. Springwell’s baking club has been baking treats weekly: Purpose is invigorating.
Perhaps the future of “church” is, after all, outside the “church.” 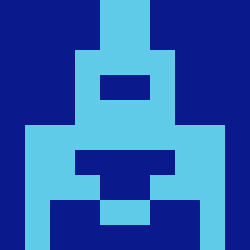