Maryland’s Department of Housing and Community Development awarded $23 million worth of federal Low-Income Housing Tax Credits to 16 proposed developments in parts of the Baltimore region with “reasonable access to jobs, quality schools, and other economic and social benefits.” All told, the tax credits would help developers create 809 low-income units across the region in what the Department of Housing and Community Development calls “communities of opportunity.”

Three developments would go in the city: two downtown and one in Hampden. The others are proposed for Jessup, Owings Mills, Towson, Lutherville, Eldersburg, Taneytown, Westminster, Fallston, Bel Air, Abingdon, Havre de Grace, Elkridge and Columbia.

That is a remarkable roll call. Until now, Maryland’s housing agency has doled out comparatively few federal tax credits to finance developments for poor families in “communities of opportunity” in and around Baltimore and majority-white suburban communities have historically opposed subsidized housing.

That opposition doesn’t look quite like it did in the 1970s, when Baltimore County executive Dale Anderson locked horns with the U.S. Department of Housing and Urban Development, or the 1990s, when southeastern Baltimore County residents raised hell over HUD’s Moving to Opportunity program. In fact, when a federal judge held a public hearing in Baltimore six years ago to discuss a remedy in a public housing desegregation lawsuit, he stopped to say that despite the “ugly remarks” that accompanied the case in the 1990s, no one was objecting to a plan to help 2,000 poor black families move to the suburbs.

Nonetheless, residents in Harford, Baltimore and Anne Arundel counties have spoken out against developments tied to federal Low-Income Housing Tax Credits in the past few years, and fair housing advocates have mounted legal and legislative challenges to create a wider berth for subsidized housing in the region’s more affluent neighborhoods.

For years, opponents had an ally in the state housing agency, which required developers to get a letter of support from jurisdictions where they planned to use Low-Income Housing Tax Credits. In 2011, a group of fair housing advocates filed a complaint with the U.S. Department of Housing and Urban Development alleging that Maryland’s local approval provision funneled low-income tax-credit housing into poor black neighborhoods, leading to residential segregation. The complaint claimed that nearly half of units in the Baltimore region financed by the federal tax credit were in areas with minority populations of at least 70 percent.

Advocates also filed a complaint that year against Baltimore County over decades of alleged housing discrimination.

In 2013, Maryland revised its tax credit allocation policy: developers would no longer need a statement of support, but local legislative bodies could still vote to cancel applications. And that’s what happened. In November 2013, the Baltimore County Council voted down a developer’s application for tax credits to build 50 units in Rosedale after a letter from community association warned of “burglaries, shootings, stabbings, drugs, vandalism, and other crimes” they believed the development would attract.

In 2014, the Maryland General Assembly removed all local control over Low-Income Housing Tax Credit applications, but a wave of suburban low-income development failed to materialize, even as the state gave more points to “community of opportunity” developments in its scoring system.

In the past two years, however, both Baltimore County and Maryland settled their housing complaints, and the terms of their conciliation agreements laid the groundwork for the development of more affordable housing in the suburbs. In March 2016, Baltimore County agreed to persuade developers to create 1,000 affordable units in high-opportunity areas. In October 2017, Maryland agreed to help finance 1,500 low-income units in high-opportunity areas.

It’s safe to say it worked.

The 809 proposed low-income units attached to the new round of competitive tax credit awards are many more than have been awarded for family low-income housing in Baltimore-area “communities of opportunity” in the four years since the state struck the local approval requirement. (UPDATE: There were 679 such units awarded the tax credit in those years: 72 in January 2015, 148 in January 2016, and 459 in March 2017, according to DHCD. The agency also said this years round included 809 units, not 807 as they’d previously reported.)

The Hogan administration says this surfeit of Baltimore-area suburban low-income housing financing was deliberate, writing in a press release that this round of tax credits “focused on enhancing the Baltimore region’s total affordable housing stock.”

DHCD assistant secretary Matthew Heckles traces the metro-area tax credit awards back to a revision of the state’s tax credit allocation plan earlier in the year. Despite concerns from rural jurisdictions that they would lose out on affordable housing, DHCD added extra points specifically for some developments in the Baltimore metro jurisdictions mentioned in the conciliation agreement.

“We were hoping that we would get applications from the Baltimore region,” said Heckles. “I think it was very successful.”

Barbara Samuels, managing attorney for fair housing at the ACLU of Maryland, told Baltimore Fishbowl, “It shows what DHCD can do when they align their affordable housing policies with their duty to affirmatively further fair housing.” (Samuels’ specific word choice, “affirmatively further,” is included in a federal statute that requires proactive steps to mitigate the harm caused by decades of explicit segregation and discrimination.)

Samuels served as co-counsel for the 2011 complaints against Baltimore County and the State of Maryland. The 2017 settlement of the state complaint mandated some of the changes DHCD made to its tax credit allocation policy. This round of tax credits, Samuels says, “shows that developers respond to those policies and incentives. It shows what could have been done all along.”

Matthew Heckles says that every one of the 809 new housing units–all of the ones that make it to closing, anyway– will count toward the state’s obligation under the conciliation agreement to create 1,500 total low-income units in “communities of opportunity.” Other deals in the pipeline will get the agency even closer, he said.

“I wouldn’t expect that we are all the way,” Heckles said, “but I certainly feel like we can dial back our incentives in future [allocation guidelines].”

The sudden affordable housing bounty that the state is providing for the Baltimore suburbs, it seems, could be short-lived. But for now, up to 800 low-income families will get a chance to move somewhere that the state has officially declared as offering more opportunity than the places where those families currently live. 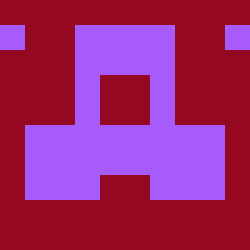