At the end of July, Baltimore surpassed 40 homicides in a month for the second time this year, bringing the tally to 185 homicides since January, a 60 percent rise. Baltimore City Police estimate that the majority of the deaths occurred as a result of gun violence. Just last Thursday, three were shot in North Baltimore, on York Road, just south of Cold Spring Lane.

A surge in gun violence, however, isn’t limited to Baltimore — it has been seen in many cities nationwide. Last year, Milwaukee had one of the lowest homicide rates on record, but since January it has recorded 84 murders, which is more than double its total at the same time last year. Chicago has seen a 21 percent increase in the number of shootings and a 19 percent spike in homicides. Murders boomed 33 percent in New Orleans and St. Louis. Homicide rates are also up in Philadelphia, Washington D.C., San Antonio, and Minneapolis.

Many shootings have grabbed national headlines this summer. June 17: Dylann Roof opened fire on a Bible Group in a historically African-American church in Charleston, SC. July 16: Muhammad Abdulazeez committed a drive-by shooting at a military recruiting center and continued to fire at a U.S. Navy Reserve Center in Chattanooga, TN. July 23: John Houser opened fire on a showing of Trainwreck in Lafayette, LA movie theater, killing two and injuring nine others. Mass shootings have become an epidemic in America.

In light of these tragic statistics, the question of gun control recurs: Would more comprehensive background checks and stricter purchasing laws reduce gun violence in America? We asked local high school students to weigh in.

ADELINE CHOO, Bryn Mawr School
“I believe that federally standardized and more comprehensive background checks are imperative in stopping gun violence. Inconsistencies in the system leave too much room for human error and oversight. We need to start looking towards countries with better gun violence records than us to create a more watertight system for gun distribution and acquisition.”

MADII HOFFMAN, Carver Center for Arts and Technology
“Gun control is a necessity, not an option. In order to live in a functioning, peacefully maintained democracy, we the citizens agree to give up certain measures of our freedom for the greater good, from economic prosperity to physical and/or emotional well being, reversing past systematic aggressions to enhancing diversity and culture. The level of relaxation with which we handle guns is a luxury we simply can’t afford. Background checks are an important step in safeguarding our future as well as the very immediate present. It’s important to make the distinction between freedom and reckless disregard for anybody except oneself. My life, your life, our lives need to be prioritize[d].”

MINA LEE, Bryn Mawr School
“According to the news that I’ve heard in the past, there have been so many unfortunate deaths or murders in Baltimore that have happened because of the possession of guns. I don’t think that gun control laws will eliminate all possible murders caused by guns, but I do think that the laws will reduce the murder rate — even [by] the slightest bit — and help save some lives, too.”

GUS MENY, Gilman School
“I don’t believe that increasing gun control would truly solve the problem of homicides. While it might be helpful, there are many variables that make enforcing gun control much harder, namely that a law does not ensure people will not produce and purchase guns. Additionally, as our technological ability grows, it looks like it will be possible to produce homemade guns on 3D printers, which will complicate any comprehensive gun control solution tenfold in the not-so-distant future…While [gun control] laws are not necessarily bad, they are addressing an effect, not a cause. Only by grappling with thorny problems like racism, mental illness, and gun safety – mostly cultural problems – can politicians attack the cause of mass shootings, and saying that is far easier than doing it.”

HENRY ROSENBERG, Gilman School
“I fail to see how removing the ability for law abiding citizens to defend themselves will lower the overall homicide rate. I think that because if someone is willing to kill [someone else], why would they yield to a law that simply prevents [the other person] from owning a gun?” 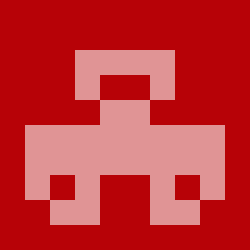