The Archdiocese of Baltimore’s next school will be named for a sainthood-bound nun who founded the country’s first Catholic place of learning for black children, right here in Baltimore.

END_OF_DOCUMENT_TOKEN_TO_BE_REPLACED

Now he’s found a spot in Baltimore as well.

END_OF_DOCUMENT_TOKEN_TO_BE_REPLACED 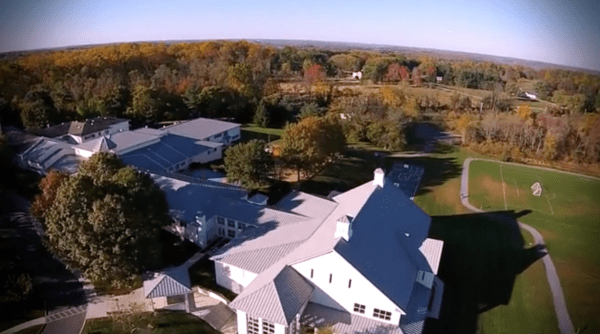 At St. James Academy in Monkton, it’s the school’s commitment to developing the whole child — intellectually, athletically and ethically — that makes it stand out. That commitment is exactly why Dave Eiswert and his wife, Stephanie, chose to enroll all four of their children at St. James, with their daughter in seventh grade, son in fifth grade, son in fourth grade and daughter in first grade.

END_OF_DOCUMENT_TOKEN_TO_BE_REPLACED

Baltimore’s most historic Catholic church nearly lost some of its signage early this morning to two accused thieves, one by the name of Pope.

END_OF_DOCUMENT_TOKEN_TO_BE_REPLACED Baltimore County police exhumed Father A. Joseph Maskell’s body more than two months ago as part of an investigation of a Baltimore nun’s unsolved 1969 killing, according to media reports.

END_OF_DOCUMENT_TOKEN_TO_BE_REPLACED

Two Catholic schools in Baltimore and one in Woodlawn will be shutting down at the end of the school year due to low enrollment and being in states of physical disrepair.

END_OF_DOCUMENT_TOKEN_TO_BE_REPLACED

Considering A School for Your Child? Tuesday Talks With The Principal Tomorrow at SFA

For more than half a century~
~Drawing on the ideals of St. Francis of Assisi,
~Rooted in the neighborhoods of Northeast Baltimore,
~Envisioning a future even stronger than our past,
St. Francis of Assisi School forms children for a life of scholarship, spirituality, and service.

Tuesday Talks With the Principal at SFA If you’ve been keeping up with the various divisions among the Catholic church — nuns and sisters in defiance of the Vatican, stark ideological differences between the clergy and the laity — it might surprise you learn that whole Anglican parishes are converting to the ostensibly embattled denomination. Baltimore’s Mount Calvary and Bladensburg’s St. Luke’s Parish had already made the switch by the time Towson’s Christ the King Church — the largest Anglican congregation in the United States yet to do so — became Catholic.

The lesson might be that even as the Catholic church finds itself divided, the Anglican church is worse off.  The ordination of women and homosexuals, as well as gay marriage, has been embraced by some Anglican congregations and denounced by others. For those Anglicans made queasy by the thought of progressive changes to their religion, the Catholic church, renowned for its ability to stick to its guns (except for that whole Vatican II travesty — mass in the local vernacular? Excuse me but some things are sacred…), became an increasingly appealing option.

Christ the King’s move has been facilitated by the Church’s establishment of an ordinariate, a kind of nation-wide diocese set up to accommodate Anglicans — particularly Episcopalians — who want to rejoin the Catholic church. Parishes in the ordinariate retain several traditions of the Anglicanism, but the most striking concession made by the Pope is the allowance for married Anglican priests to become Catholic priests. (I was like, “Whaaaa?!”)