END_OF_DOCUMENT_TOKEN_TO_BE_REPLACED

Brick Federal Revival home in Flemish bond, circa 1900. Six bedrooms, five and a half baths, six fireplaces, two kitchens.  6,800  square feet on a half acre in Roland Park. Underground tunnel leads to garage: $949,500

What:  A Cadillac of a house.  Restrained in design, finely crafted and very comfortable. This is architect Noel Wyatt’s signature house, built for himself in 1900 as he was designing many of the grand houses of Roland Park, including Evergreen House and the original Baltimore Country Club.  Dr. Henry Wilson, a Baltimore eye-doctor, lived and practiced in this house for over 50 years. With his wife, he raised seven children (and had seven weddings) here. Dr. Wilson bought the house from Mr. Wyatt himself, so the buyer will be just the third owner.

END_OF_DOCUMENT_TOKEN_TO_BE_REPLACED

I am so excited again this year about Evergreen’s fifth annual The House Beautiful lecture series. This year’s series explores nationalism in design. The illustrated talks will take place in Evergreen’s Bakst Theatre, followed by receptions and book signings with the speakers.  I am especially excited to finally meet lecturer John Tackett, The Devoted Classicist, whose blog I’ve been following since its inception. Here’s this year’s schedule: 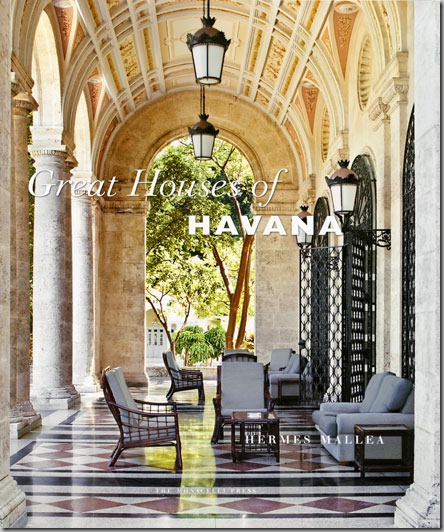 Join architect and author Hermes Mallea for an exploration of the greatest residences of Havana, celebrating 100 years of creativity, design, and style that made the city “the Paris of the Caribbean.”