Last week, I asked my grown children if they remembered our whirlwind trip to the Food-A-Rama one night, 10 minutes before closing, when they were small. We divided and conquered every aisle with seconds to spare. They remembered better the torturous day we lost the car at the mall, and we reminded one another of some really good, really hard times.

At 26, I became a single parent of two toddlers, ages four and two, and a newborn, not yet eight weeks old. I’d caught my husband with his “woman on the side,” and in an instant, knew I’d leave. After I changed the locks on all the doors and filed for divorce—on the same day I caught him—it never occurred to me that his perspective of the situation would be radically different. In his mind, wives of cheating men simply resigned themselves to being long suffering, and stayed married for the sake of the children. My staunch belief that a happy mother equaled happy children cancelled the social teaching that staying in a miserable marriage served the kids’ best interest. My white-hot fury at my husband’s betrayal at a most vulnerable time—just after having delivered a third baby—coupled with my inability to become a polite shrinking violet, left no room for either discussion or reconciliation. I sent his “woman on the side” a thank-you note for “willingly taking my cross and bearing it,” along with the gift of his soiled laundry and dust-collecting sundries, more or less saying, “He’s yours, lady. Enjoy!” Angry at the unexpected turn of events, he divorced the children as I divorced him.

In the short term, a huge obstacle to getting my daughters’ ears pierced had been removed. (Ear-piercing a tradition for Italian baby girls but an act he’d considered mutilation.) So one afternoon, the kids and I launched our lives as a single-parent family at the mall, getting the girls’ ears pierced. Technically, I was still married, but I felt as though I had lost 175 pounds of dead weight. A long, minimally successful but epic battle over child support ensued. He paid the bare minimum, and I refused to give up the effort to increase the pittance.

Barely into adulthood, possessing not more than a shred of parental experience, I found myself armed with a degree in English, with a concentration in writing, a thin resume, devoid of any first post-college positions, a thinner wallet, an emptied bank account (he also divorced me from my savings), and three babies addicted to the bad habit of expecting three or more meals per day. I took stock of two things: First, I loved each child unconditionally; second, we lived in an ethnic conclave with my parents, extended family nearby, and an assortment of elderly widows who loved being additional nonnas or grandmothers, which made us luckier than many single-parent families.

Blissfully ignorant about the nearly impossible challenge of making a healthy enough living as a writer to support three children, overflowing with naive optimism, I bounced my brood around the poverty line for more than a few years. Because our two cars belonged to my soon-to-be-ex, I was forced to walk the children to and from the Food-A-Rama on Broadway with bags of groceries hanging off the baby’s stroller (and my arms), while keeping two toddlers entertained with stories and word games so they wouldn’t run ahead. During this early phase, turn-off notices from the utility company became ubiquitous.

The children and I survived exquisite chaos.

Thrilled that the girls would agree to play quietly in the living room, I left them to their own devices and honed my writing skills on a manual typewriter at the dining room table. I was landing regular story assignments–the children and I began to equate stories with money, but often the equation failed. One January, despite having six stories published, none of the publications had yet sent payments, and we found ourselves literally penniless. I wept while stacking and re-stacking the bills, praying that a check would arrive before the already extended BGE due date. That weepy night, I vowed to file criminal non-support charges against my ex, and kept my promise.

I soon learned that quiet children could translate into trouble, like my older daughter’s playing barber with a set of safety scissors. She chopped off half of my younger girl’s gorgeous curls. Crying over the lost curls, steeped in money woes fueling deadline pressure, I simply chopped off the other half, stuffed the pretty hair into a plastic bag for safe keeping, hid the scissors, moved the typewriter to a better spot to watch them more closely, finished my story, submitted it, then took the baby to a hairdresser friend for a fix. Hair, after all, grew back, but money didn’t, and I was determined to freelance my way into a full-time job, which I did eventually.

*
.
It was a post-soccer-practice trip to the supermarket on a school night, that’s an adventure I’ll never forget. We four arrived at the Food-A-Rama ten minutes before closing. Frowning cashiers suggested we return the next morning, but with an empty fridge at home, and three post-practice-hungry children in tow, this option was unacceptable to me. The clock gave us 10 minutes, I insisted, and much to the employees’ chagrin, the manager allowed us exactly that time limit to grab our grub.

Clock ticking, I raced a shopping cart to the front of the store, tore our ambitious list in four parts, kept one, gave each kid one, and said, “Go.” For eight minutes, we dashed around the store, to and from the cart like game show contestants, slam-dunking items, collecting every noted selection and then some. We laughed all the way home. As I unpacked the goods, I discovered that each child had improvised, adding favorites like toaster waffles and a jar of melted marshmallow. They’d sneaked the sugary candy-in-a-box cereal brands they knew I’d never buy on a normal day. Faulting them for their choices seemed pointless when dinner had yet to be prepared and eaten, homework checked, and baths taken, so we could all crawl into bed past bedtime, only to begin our routine again at dawn.

After a rare trip to White Marsh Mall, I couldn’t remember where the red Chevette was parked. My father drove 45 minutes, piled us all inside his Taurus and slowly patrolled each parking lot until we found it. He yelled at me the entire time, but diligently helped us search, all the while swearing I’d forget my head if it weren’t attached to my neck.

The bequeathed red Chevette has seared itself into all of our memories: the car that we renamed the “ShoveIt,” which transported us around town on a wing and a prayer. ShoveIt died every morning at the same spot on I-83 N, just before the North Avenue exit, and after about five minutes of pleading, “Please God, make it work,” and nonstop attempts to start the thing, it roared to life as mysteriously as it had died, and off we went.

At red lights, the three kids used to rock in the same direction to see if they could get the car to do the same thing. It did. One morning, we walked to the Chevette and found the door wide open–someone had attempted to steal our ShoveIt in the middle of the night but thought better of it.

Nothing came easily. We learned to laugh more often, perhaps as a defense–but it helped. Growing up in a single-parent family forced my children to learn responsibilities that children of two-parent households embrace later. They separated clothes and operated the washing machine and dryer before they hit double age digits. They learned the difference between wants and needs, understood the importance of family and extended family, and accepted that modern families could consist of a myriad of configurations. They accepted early not everyone got two parents.

I learned how to juggle responsibilities, nurturing my children and my writing dream–oftentimes dropping the balls, only to pick them up and continue.

Now my kids stand on the threshold of their own parenthood. I still work as a full-time writer. For me, their childhoods flashed like the illumination of Chinese fireworks at New Year’s Eve, a burst of brilliant, happy colors in the midnight sky. Only by the grace of God, only with the help of family, friends, and neighbors, only with the understanding that despite our imperfections, mistakes, missteps and faulty memories, we remained bound to each other by an invisible but unbreakable thread, we muddled through each day. 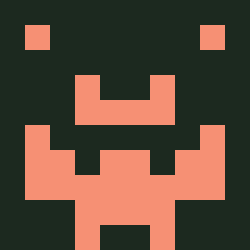