Parenting is Playing the Long Game 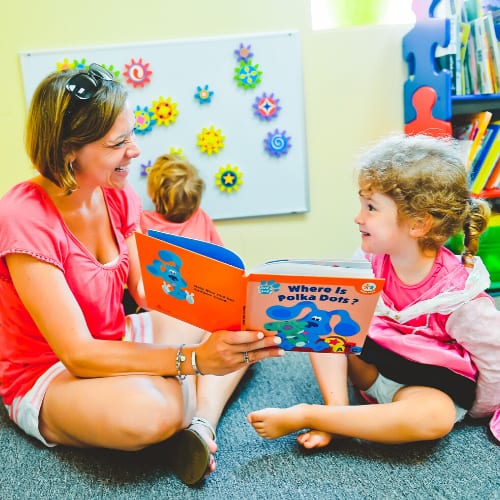 I think we can all agree that 2020 has turned out a lot differently than any of us could have imagined. It has been almost three months since COVID-19 entered our lives and while we may have settled into a “new normal,” the vast majority of us are still in mourning. We are not only mourning the lives lost to this illness, but also the lives that we lived before the days of masks, isolation and chronic unknowing.

Those of us with children have the challenge of navigating these changes not only for ourselves, but also for our kids. We’ve quickly added the role of full-time parent, housekeeper and teacher, to our various other responsibilities – which for many includes full time remote worker, and for some means no work at all.

While balancing all these responsibilities, parents are most consistently concerned primarily with their children: Are they getting enough of my attention? Are their educational needs being met?  Am I being a “good enough” parent even though my rope is thin? How will this impact my kids?

END_OF_DOCUMENT_TOKEN_TO_BE_REPLACED

I’ve Fallen and I Can’t Get Up 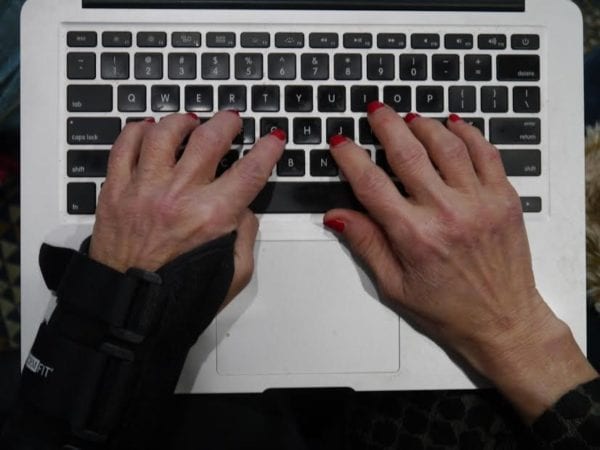 There’s been a surge of fiction and nonfiction by writers of my generation dealing with the matter of becoming the caretaker of aging parents. I myself got a piece out of this life transition — for the New York Times, yippee. But in my case, that phase only lasted a few months, and it was ten years ago. I’ve now aged out and gone on to the next milestone — being taken care of by my children and other younguns.

No, I am not yet completely infirm, doddering and non compos mentis (though as you may recall I was recently taken advantage of by scammers). But I guess I have become a little fragile. On St. Patrick’s Day, I was in a sequinned gold dress on the 13th floor of the Belvedere Hotel, dancing at the wedding of dear friends for whom I had just offered a heartfelt toast. I must have been getting a little too jiggy with it because my right kneecap — which has been letting me down this way since 1971 during my entrance onstage as Cassius during the tenth-grade rock opera production of Shakespeare’s Julius Caesar — took a leave of absence from its leg-holding-together duties. In other words, my patella subluxated. I lost my balance and hit the floor, catching myself with my left hand.

END_OF_DOCUMENT_TOKEN_TO_BE_REPLACED

Popular ‘I MOM SO HARD’ Moms Coming to Baltimore July 15

“You can’t get through this without friends.”

That’s the core message delivered by Los Angeles, California moms Kristin Hensley and Jen Smedley in their online video series, called “I MOM SO HARD,” and their live show, which comes to the Lyric next Saturday.

END_OF_DOCUMENT_TOKEN_TO_BE_REPLACED

“Experience has taught us that we have only one enduring weapon in our struggle against mental illness:  the emotional discovery of the truth about the unique history of our childhood.”

So begins Alice Miller’s The Drama of the Gifted Child, a book that’s been kicking around for the better part of four decades.  Strangely, no fewer than four people have mentioned to me in recent weeks.  Finally, I got a copy.

END_OF_DOCUMENT_TOKEN_TO_BE_REPLACED

When My Mother Became the Freaking Buddha Author’s note: As I mentioned in another column, I’m working on a novel that contains a character loosely based on my mother, partly just as an excuse to have her in my head. In the process, I ended up rereading this old essay. The illness described here was not the one that finally got her — she was around another 13 years.

“When My Mother Became The Freaking Buddha” is adapted from my 2005 collection, Above Us Only Sky.

One day in May of 1995, I got a call from my mother. “I was just picking up the phone to call you,” I assured her, knowing she was anxious to hear the latest on a book deal I was hoping to get. I was supposed to call the minute I knew anything, but I hadn’t. Well, only two days had gone by since I’d heard the news, which wasn’t too good, and anyway, one has to balance the pleasantness of one’s mother’s interest in the minutiae of one’s life with its faintly annoying aspect.

Making up for my tardiness, I launched into the tale, and it wasn’t until she broke in and said, “Well, I have to go soon and —”

“Well… It looks like I have a little cancer,” she said, and then, in the five minutes remaining until her boyfriend Ceddie picked her up to go eat Chinese, and interrupted by my shrieks of what and how and when, she told me that she’d been diagnosed with non-Hodgkins lymphoma, she had known for over a month, she was starting a course of chemotherapy and radiation on Friday, and she had a fifty percent chance of cure. Then Ceddie was there, and she had to run. “Oh, Mommy,” I said helplessly.

END_OF_DOCUMENT_TOKEN_TO_BE_REPLACED

Danielle and Alexander Meitiv, the Maryland parents who got in trouble with Child Protective Services for letting their young children make the one mile walk from school to home alone, have been cleared of a charge of neglect. But that doesn’t mean their legal troubles are over.

END_OF_DOCUMENT_TOKEN_TO_BE_REPLACED

Back in January, a Montgomery County couple came under investigation by Child Protection Services for letting their kids make the one-mile walk home from school without adult supervision. Yesterday, the Meitiv family and CPS intensified, as the family’s two children were taken into custody (and then returned).

END_OF_DOCUMENT_TOKEN_TO_BE_REPLACED

Watchers of this space have read of the comings and goings of my children from the maternal roost in the past few years, though a news blackout has been in effect since last summer, when my younger son Vince put the kibosh on further reports concerning his personal life. Well, who can blame the kid? Anyone can see how annoying it must be to have a memoirist for a mother.

END_OF_DOCUMENT_TOKEN_TO_BE_REPLACED

Changing Her Mind About Not Having Children

When my husband, “Brian”, and I got married (well, actually before we got married) we decided that we didn’t want to have kids. Now five years later, I’m 31 and he’s 32 and I’ve changed my mind after a variety of experiences.

For example, I often see friends with their children and how much they love them. And sometimes these are couples that said they didn’t want to have kids anytime soon, or at all. Other times I will feel kind of jealous when friends get together with other friends who have kids, and they talk while their kids play together. It just looks like what a family should be.

All of these experiences have got me thinking that I want to have kids now, and it’s not only is it a possibility, it’s a certainty—I know that I want to have a kid(or kids). But every time that I’ve broached the subject with my husband, he shuts it down by saying, “We agreed before we got married that we were not going to have any children.” What really bothers me even more than the fact that he doesn’t want to discuss it is the way that he acts like he can just decide, and that’s that.

Am I stuck because of what I said before we got married? Can’t a person change her mind? I don’t want to leave my husband, but I’m feeling kind of desperate about doing something. What do you think?

Wants to be a Mom

END_OF_DOCUMENT_TOKEN_TO_BE_REPLACED

Wretched of the Earth: When I Was a Wild Child

Recently in a conversation with my mother about how special I was as a kid, she said, and I quote: “I wasn’t going to allow you to be the nasty little wretched sonofabitch you wanted to be.” Damn, Mom! She really lit in on me with that one, but she’s right. I was a little bad-ass growing up.