My father grew up in Athens, Ohio with no indoor plumbing until he was six.  At 21 he hitchhiked east to Baltimore for a med school interview at Johns Hopkins University.  It was the first time he had ever left Trumball County, which was next door to Howland County, my mother’s birthplace.  He was accepted into med school, and when he graduated, the hospital offered him a job.  He worked at Johns Hopkins for more than 50 years and has lived on the same Baltimore street just as long.

That first year, 1961, my parents started a family of four girls, raising us first in a two-room apartment above a laundromat on Broadway, two blocks from the hospital.  In exchange for cheap rent my mom and dad swept the lint off the floors when my dad got back from rounds.  Then we moved up, to a compound of cement row houses that Hopkins built for its medical faculty.  The houses formed an enclosed square with an interior slab of dried, hot grass, sprinkled with metal laundry racks, white plastic lawn chairs, and children’s toys.

There was also a swimming pool, surrounded by a tall chain-link fence.  The kids who lived outside of The Compound (that was its defacto name) would stand against the fence in the middle of a brutal Baltimore summer, hoping to swim.  Sometimes we could sponsor them and they were invited in a day at a time, for a few hours.  They swam in their clothes and had no fear about doing flips off the diving board.  But then some of the doctors said it was too dangerous and the local kids weren’t allowed in anymore.

It seemed like a privilege living there with this enormous cement pool, an annual Turtle Derby, and a million kids our age running around captive in the courtyard with bikes and slides and forts we made out of practically nothing.

For a few April days in 1968, after Martin Luther King, Jr. was killed and the city was swept up in a wave of riots and looting, residents and their families were taken from the Compound to sleep in Reed Hall.  For my sisters and me it felt like a vacation: a new place, different beds, crinkly hospital-issued sheets.  Shortly after that though we moved, and the Compound was razed with great ceremony, the area too blighted to be safe.

We headed eight miles up the JFX to a beautiful, cool place in the suburbs where we were outsiders with lots of trees and no air conditioning.  But there were kids here, too, and a red wagon and a neighbor’s treehouse and a storm drain running under Darnall Road where we spent most of our summers until we couldn’t fit through the slot at the curb.  Life was mellow, suburban mellow, with fireflies and softball games and humid Baltimore nights that left me sweating next to the window fan.

Then, in 1973, six years before the Shah of Iran was overthrown in a bloody revolution, he invited my dad to set up a teaching school at his medical university in Shiraz.  So we boarded a plane from BWI (via Saudi Arabia where we spent one night overlooking the Persian Gulf, eating pistachios and dropping them off the balcony to the ocean below).  My mother, three sisters, and I were photographed just before we left, all wearing sundresses that, in retrospect, were far too short.  My dad had muttonchops and wore a turtleneck sweater.  We were going to live in Shiraz, Iran, even though my parents had never left the East Coast.

My mother must have been something of a saint, or a woman with more courage than I recognized then.  While my dad worked at the hospital, she would walk us to school—in her Western dress with her fair-haired girls—drag us through the markets where copper vendors made trays and hookahs in dark, smoky corners, where women in elaborate layered skirts and embroidered blouses sold fabric and beads from the backs of camels, where street-side ovens churned out fresh-baked pita bread and yogurt was sold in plastic bowls that you had to return the next day.  She took us there willingly and without fear, going about her daily business in 1970s Iran, a woman who had never left her hometown until she was 22.

On weekends we picnicked on salt flats and dry river beds alongside strings of nomads making their way with their tents and their children and their chickens tied to donkeys, homeless and barely encumbered, to the next place with water.  At one of these picnics, with a British family whose accents we found hilarious, my father ate the brains from the head of a sheep (kale pache) laid out on a silver tray on a Persian rug under a stand of olive trees.  We stood behind him making throw up faces and hoped no one told us we had to try it.

We went to Persepolis and Isfahan, unable to comprehend the labor behind the intricate inlaid tile work and the elaborate, centuries’ old stone carvings.  We went to villages where my dad took anthrax samples from the locals, their eyes crusted over, going blind, all infected by the wool from their sheep.  We slid down moss-covered aqueducts taking water from the mountains to the town’s reservoir.  We learned a little bit of Farsi and went for months without peanut butter.

Then we returned home to Darnall Road, to a house slightly upended by the Baltimore Colts players that rented it while we were in absentia, to our cat that lived off squirrels in the rafters of the garage while we were gone, cornered there by the renters’ German shepherd, to a life that was somehow the same, but clearly different, than the one we left.  The magic in the unknown had taken hold.

Fifteen years later not one of us four girls lived in the United States, scattered to three continents on our own quest for the perils and the power of an unfamiliar world. 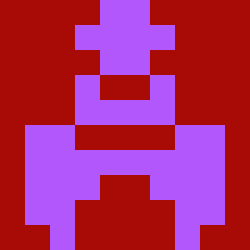