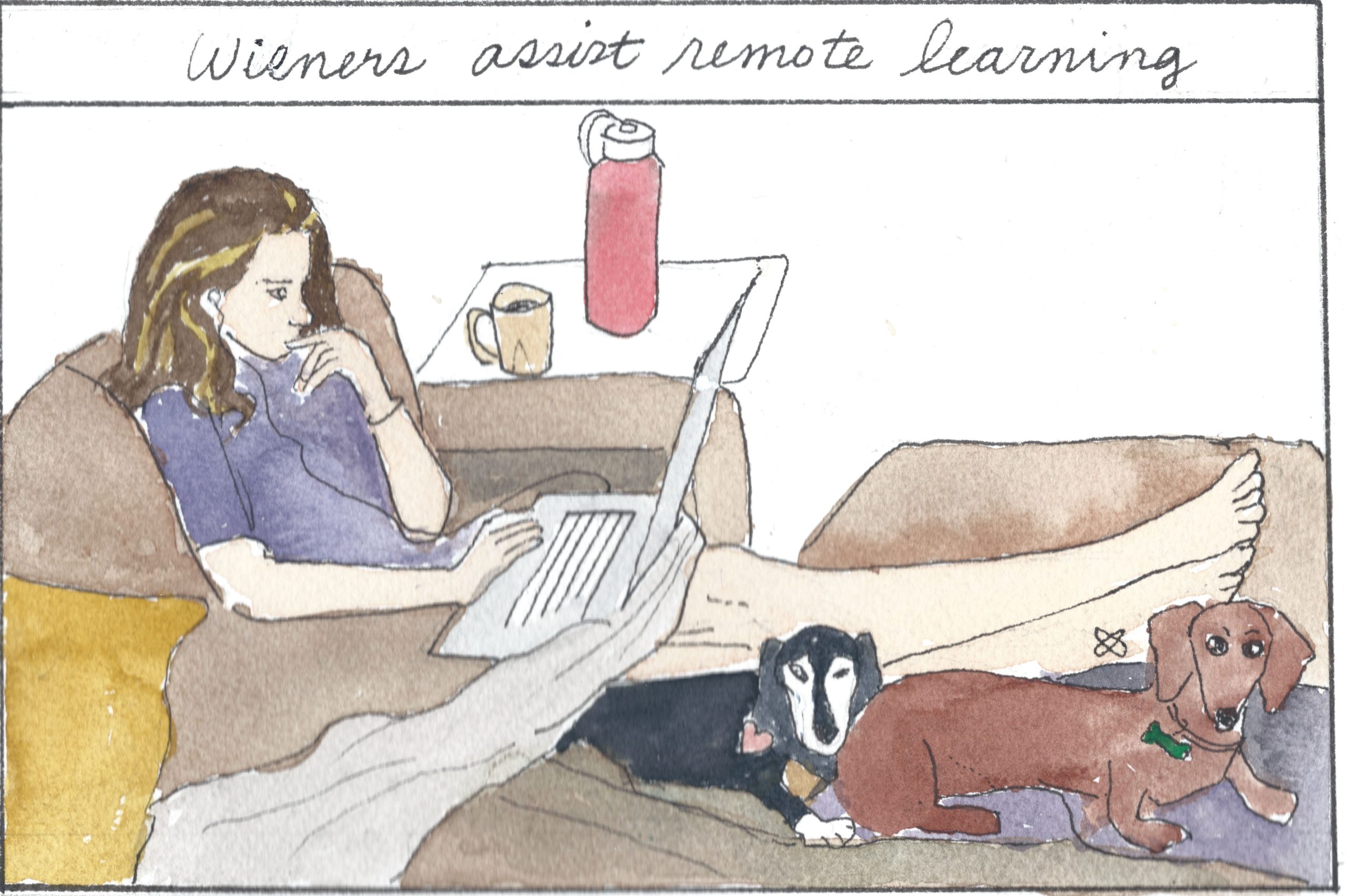 In the face of a bizarre disaster that has derailed daily life everywhere, in the face of isolation, fear, disappointment, and a constant flood of bad news, a spring-green fuse of creative energy is sizzling and popping all over the world. The memes and parodies, the YouTubes and TikToks, the Italians singing to each other from their balconies, the New Yorkers pounding pots at 7 pm. The Getty Museum art challenge, the family in London with their adorable rendition of Les Mis, the spandexed mom doing her Jane Fonda workout to I Will Survive. The Israeli woman in dark glasses ranting in Hebrew about online elementary school.

I have never felt quieter, or less clever. (If you want to stop reading now, I will understand.) Not only do I not feel like writing an essay, I don’t even feel like talking. Instead of reaching out, staying in touch, at least calling my sister who yesterday pointed out that she waited a week to see if I would pick up the phone to check on her and I didn’t, I am just cooking meal after meal and reviewing book after book. I have not spoken once to my best friend or most of my other friends for that matter. When I attended a Zoom cocktail party, I had trouble staying put in my square.

Earlier this year I made a new friend in my neighborhood, an extremely inspiring person in her mid-70s named Penny. Penny is my main informant about a lot of the cool stuff that is happening. She is in the Great British Home Chorus, where tens of thousands of people are learning a choral version of an Elton John song. She takes meditation and movement classes, has her groceries delivered from Eddie’s, bought a case of wine at the very beginning and, unlike some people, is drinking it slowly. Takes a solo walk once a day. But what really makes her a quarantine role model is that she’s also deeply connected to the actual shitshow, providing emotional support to doctors and nurses in the trenches through counseling and workshops. That’s her business in regular life, amazingly enough.

What is my business in regular life? Isn’t it finding inspiration in misfortune and heartbreak? Stolen purse, broken phone, missing reservation, dead friends and family – I never shut up about these things. What is wrong with me now?

Part of it is that I don’t actually know what is happening, to us in general or to me in particular. I have an awful sense of unexpected ramifications, things we didn’t even know we could lose. Someday this will be over and we can look back on it and see what it was, the whole shape of it, its place in our story. For now, we don’t know any of that, don’t know what the bottom will be for each of us, don’t know to what extent we will resume the lives we were living before.

My old life went out with a bang in the first few weeks of March. Still a risk-taking rebel, I went back and forth to New York twice, attended a very-nearly-canceled conference in San Antonio, saw the last performance of the last Off-Broadway show (and crashed the cast party), took trains, planes and Ubers. Got to interview Louise Erdrich live on stage because no one else involved with the event showed up. Suffered a lot when the National Book Critics Circle awards events were called off and maybe even more when the NPR show I was supposed to be in at Kennedy Center with Lucinda Williams was canceled too.

My daughter had been trying to break it to me that she didn’t want to come home over Spring Break, so busy was she with her friends and their plans, and suddenly the poor kid was driving back to Baltimore for the foreseeable future. It was heartbreaking to watch. A couple of days after she got here, my son and daughter-in-law fled Boston with their puppy. My son suggested we rent a house out in the sticks somewhere, and we ended up on a deserted bayside beach in Delaware. 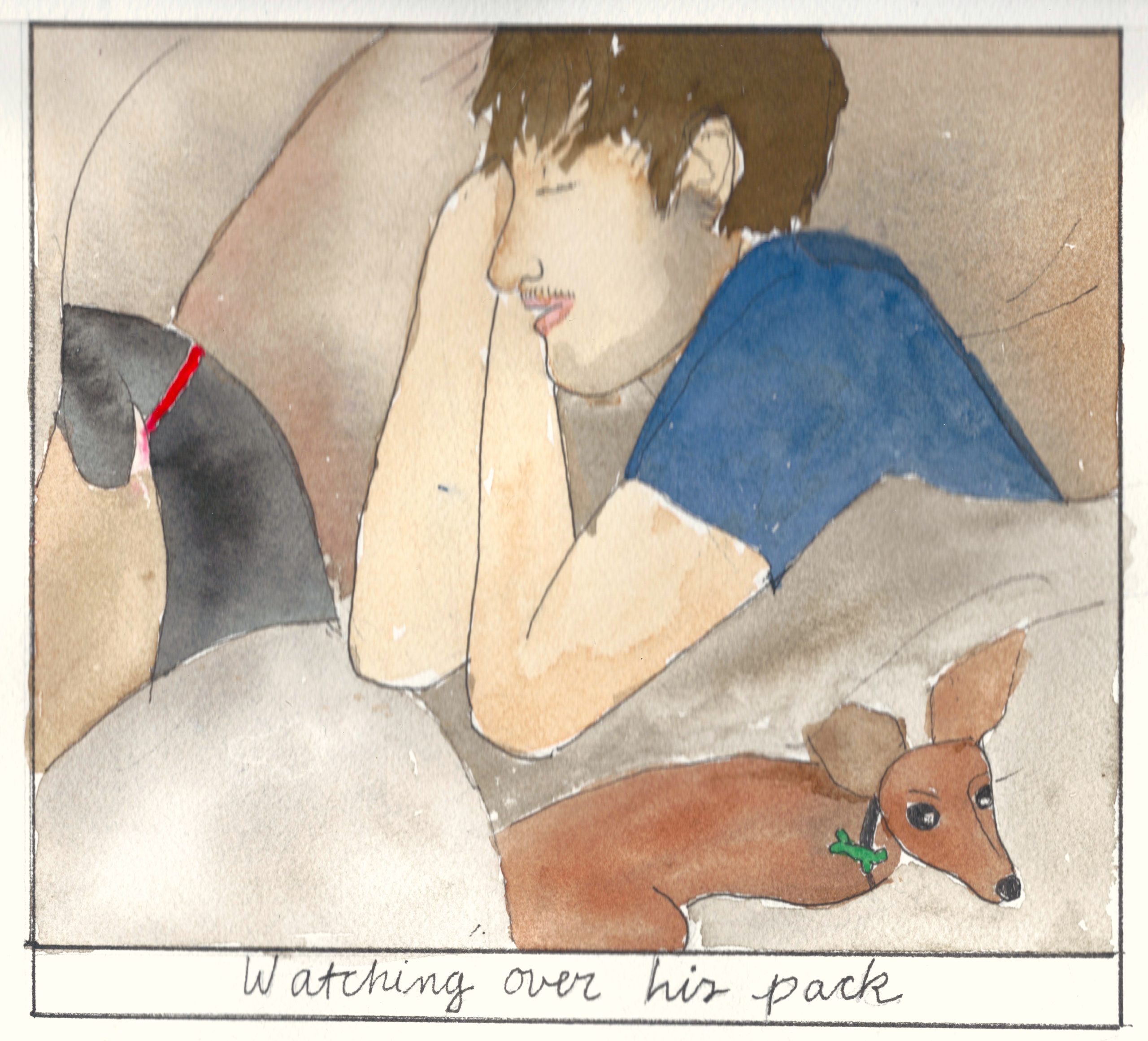 Soon I started to hear negative reports about rich people retreating to their country homes in France and Minnesota, buying out the grocery stores and pissing off the locals. Our area didn’t seem to have any locals, but even in your basic family-friendly VRBO, what we were doing was still pretty bougie. But even if it was, and even if it was cold, gray and rainy almost every day we were there, Broadkill Beach (between Slaughter Beach and Prime Hook Beach if you’re looking on the map – these places were clearly not named by the board of tourism) will doubtless be the golden memory of our corona times.

My daughter Jane pulled herself out of her despond pretty darn well. She spent much of her time in the top bunk in a darkened bedroom chatting with friends online, attending classes, watching the Twilight movies, and making Instagram posts. She hauled a large-format camera down to the beach, developed film, started exercising like a madwoman. All the kids did — hours of Pilates, barre and vinyasa, kettle bell routines, miles of running, long hikes in the neighboring wildlife refuge. My trove of Yoga Download podcasts was in high demand and everyone was impressed by my Crow.

My son set up an office in the enclosed porch and spent every day, night and weekend taking endless phone calls and making massive spreadsheets. Apparently the world of energy is going crazy right now, pipelines full to the brim, power plants struck by the virus. I felt like I was seeing the reincarnation of my father, who was in a different business but acted exactly the same way, always having to be begged to come to dinner.

My daughter-in-law was the most peaceful of the humans. She crocheted a hat, a dog sweater and some baby socks, participated in the exercise craze and chopped vegetables and grated cheese on request. She had animated online calls with her extended family in Ecuador and got dressed up for an online wedding and a birthday party. 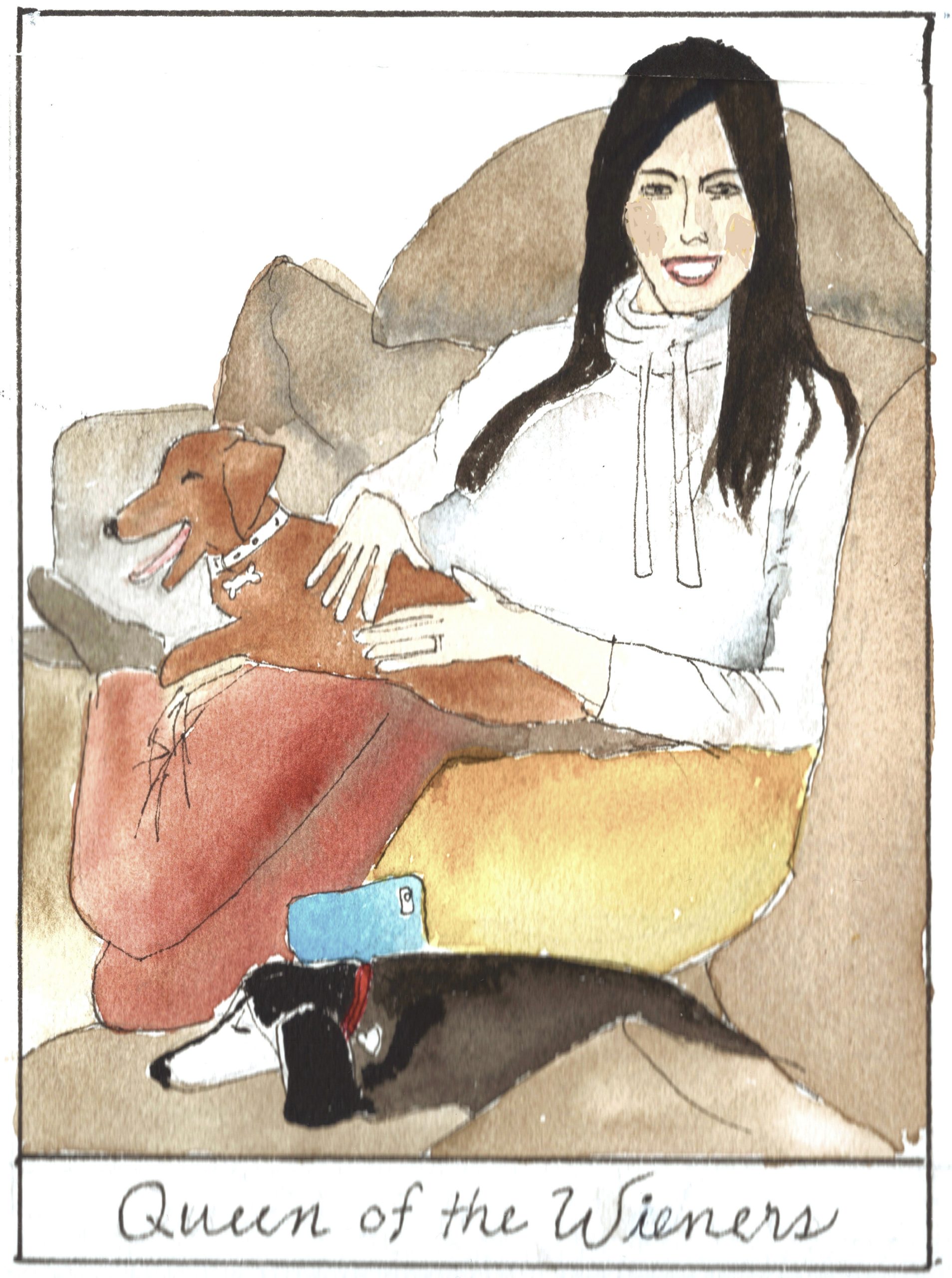 Every night we ate some elaborate dinner I had prepared – homemade wonton soup, Philadelphia tomato pie, Thai coconut noodles, black bean-tofu enchiladas — then played Drawful or Quiplash or Scrabble or Dutch Blitz or Mexican Train or Egyptian Rat Screw (what any of them has to do with Holland, Mexico or Egypt, I don’t know.) I lost at everything and was always first to go to bed, halfway through Killing Eve.

With no inkling of anything going on but a joyous gathering of the pack, our two dachshunds – theirs nine months, mine almost sixteen – became our gurus. Their effortless competence in making a day out of sleeping, eating, taking walks, and gazing around the room was a lesson to us all.

In fact, people everywhere are realizing that the nicest thing you can have in quarantine is a dog, and there is no better time to train a puppy. Early on, we heard New York had run out of dogs to foster. One couple drove to Pennsylvania in the dead of night to get a baby cavapoo (Cavalier King Charles spaniel crossed with poodle) as a consolation prize for having to cancel their upcoming Newport nuptials. One of my grad students, having been supported through cancer treatment by a golden retriever, added a cockapoo puppy to her household. All over Facebook, proud canine birth announcements multiplied.

After we had been at the bay almost a week, rarely seeing a soul except at the grocery store in nearby Milton, and not many there, the governor of Delaware issued an order requiring out-of-state travelers to self-quarantine for 14 days. The owner of our house forwarded it to us. Since she had had to cancel all her upcoming renters, she kindly offered to let us stay on for free. So … we did.

But now we are back in Baltimore, where a gorgeous spring has disconcertingly burst into bloom. I am still reading book and after book, teaching online, organizing student performances online, attending watercolor classes online, hosting online book clubs and online happy hours and online shmonline — it’s enough already. Surely we will all develop some carpal-tunnel-esque condition from too much Zoom. The Bostonites left earlier in the week but a young refugee has arrived after being kicked out of her co-op house at college in Vermont. One thing I did not end up being during quarantine is alone.

I feel humbled by how useless and small I am, and how petty most of my concerns. Essential employee I am not. I feel anxious, emotionally fragile, stupid, and inarticulate. As of 11:30 Tuesday night, 83,103 people have died worldwide. I think I will go start dinner.