University of Baltimore MFA student Ian Anderson remembers his teenage summers at the beach with friends who were like brothers until they couldn’t be any longer.

I was sitting on the step in the garage of Greene’s Bike Rental with my summer friends, Dominic and Marty. Dominic was a year younger than me, wearing a long, white t-shirt and gym shorts—his uniform. Marty was a year older than me, but the shortest and with the kindest face. We were waiting for the cops to show up. Mr. Greene assured us the cops were coming, and our parents. I was 14 years old, an age when angry parents are infinitely worse than anything the judicial system can offer. Mr. Greene kept walking around the garage, cursing, coming back to us, saying, “you little shits,” and then walking around again. I was scared. I think Marty and Dominic were, too, but they didn’t show it, so I didn’t either. The garage door was open, framing a blue sky with cotton candy clouds, the kind you see on postcards. The wind was coming in off the sea, cooling the streets of Wildwood, where my family rented an apartment above my grandmother’s beach house every summer. It was a beautiful day outside, but we were in the garage.

Four hours earlier, Mr. Greene had had his doubts about letting us rent a surrey. His concerns were this: We were underage and couldn’t drive on the street; it was past 10 a.m.—the time when bikes and surreys are allowed on the boardwalk—and what the hell were we planning to do, exactly? Our lie was conceived and practiced on the walk to the southern border of Wildwood, where it met Wildwood Crest. The Crest was where the rich people lived. Greene’s was positioned directly on the border between the two. “We’ll only go on the bike path,” Dominic told him. The bike path was a block away and skirted the beach through the Crest.

“We just really want to try one of the surreys,” I said “We were going to get here earlier, but Marty’s dad has diabetes, and Marty had to go to the pharmacy to get the medication.”

“We have cash,” Marty said, showing him the $40 we had systematically stolen from our parents over the past month.

Dominic yelled, “Beep-beep!” as we zoomed through the streets of Wildwood, up onto the sidewalk, through parks, and even onto the highway so that we could take the surrey through the McDonald’s drive-thru. We wanted to see the look on the drive-thru worker’s face when we came around the corner for our burgers. Just about the only place we didn’t take the surrey was on the bike path. The bike path was safe, and that wasn’t what we were looking for. We were looking for the thing that made us steal from Eckerd Pharmacy; the thing that pulled us into abandoned building to break things; the thing that might be offered in snaked cigarettes and stolen beers. We didn’t know what it was, but we wanted it, and perhaps misusing a surrey could get us there.

At some point in our adventure, we ran into a tree branch, which tore the surrey’s canopy slightly and dented its frame. We didn’t even notice the damage when returned the surrey two hours late. Mr. Greene did.

Later that day, my father walked me home from Greene’s alone after there wasn’t enough room for us in Marty’s dad’s car. My father’s face resembled a cherry bomb, both in hue and potential. I knew about cherry bombs: Dominic, Marty, and I lit them on the windowsill of the chronic masturbator who lived in Grassi’s Apartments down the street from us. We had nicknamed him Jerk-Off Jerry.

“Someday,” I assured my father, “we’re going to look back on this and laugh.”

My father shot me a look.

And what can be said about tomorrow? I wasn’t in any real trouble with my parents. They knew I was a good kid who hung around with troublemakers. It was all Dominic’s fault, they were sure. I continued to hang out with Marty and Dominic, though. We would play this game on the boardwalk called “Flipper’s Fascination,” in which you sat on a stool, rolled balls up a ramp, over a bump, and into holes arranged like a bingo card. The idea was that, for 20 cents a game, you raced to roll your balls and have them fall into the right holes to earn a bingo before anyone else did. It was a game favored by 80-year-olds with oxygen tanks and us. If you won the game, you got tickets that could be exchanged for prizes. Through a strange mixture of polka music, bubble machines, and a constant cloud of cigarette smoke, we became addicted to Fascination. My friends and I would go every day; learned the times that special games were being played where you could win double the tickets. We had dreams of a boom box or, perhaps, a mini-fridge. The most expensive thing we ever walked away with were tubs of popcorn.

Dominic was the first to figure out how to cheat at Fascination. He would sit at one of the ramps at the end of a row, wait for the attendants to look away, then stand up, run to the side of the ramp and stick the ball in whatever hole he needed. He was brazen, but very good at it. We’d leave Fascination with our caramel-coated popcorn and spend the night sitting together on front stoops. We’d tell each other the things we would do to the girls who walked by in short shorts and tank tops, the girls we never had the nerve to say hello to. Our relationship was a symbiotic one, based on boasts of bravado and unquestioning acceptance. They were my friends, if only for a little while longer.

In Dominic’s front yard there were these flowers that had seed pods which, if you applied pressure to, would explode and send their parts flying in twisted strings. Often, I would give the pods a slight squeeze and marvel that such chaos could unfold so quickly—that nature could be so fickle.

One sticky-hot night the following summer, I walked into our beach house apartment, which was only accessible from the back of the house. It was 3 a.m. I had been sitting on the front stoop with Marty and Dominic. The only light came from the television’s spectral glow in the front room. I walked through the kitchen and the wood-paneled hall to find my father sitting on the couch in the living room, tears flooding his contoured face. He was watching the Eternal Worship Network which was strange because my father had trouble getting up for the noon mass my mother made him take me to. “What’s wrong?” I asked him, but the answer wouldn’t come for several years.

It happened that quickly. I left my father to be with my friends and returned to a hysterical stranger. The man who had walked me home from Greene’s was stolen, and replaced by someone who spoke of suicide and was erratic, unstable. He was in the dark cellar of an undiagnosed mental illness. That thing that made me wreck a surrey with my friends was replaced by a fear like the one I felt in Greene’s garage, as constant as my heartbeat. I withdrew from my friends, from everyone. Marty’s dad got sicker and he stopped coming to Wildwood. Dominic was still around, still getting into trouble, but we didn’t talk to each other anymore. He got new friends. They had an ice to their eyes that scared me.

I was 19 when I heard that Dominic was dead, shot in the head over a drug-deal-gone-wrong. I went to the funeral, though I didn’t know him anymore. I heard that Marty became a cop. I also heard he became an electrician. I don’t know which I prefer to believe.

But I think about my summers in Wildwood sometimes, and my friends there. I wonder if Mr. Greene ever fixed the surrey’s frame and canopy or just pocketed the $300 our parents had to pay him to not press charges. I also think about my father, about the time we lost; he was diagnosed with a bipolar disorder when I was 19. Six months later, I would be diagnosed the same. My father was sick, but it was my illness, not his, that made me withdraw from my friends. I think about Dominic, about how he looked in Greene’s garage, and how it bore little resemblance to the body in the coffin, his head sewn back together for an open casket. I think about being 14, knowing that the company of thieves is better than the loneliness of proper behavior. I think about Marty’s kind face, and Dominic with tubs of popcorn under each arm, laughing as we leave the boardwalk.

Ian Anderson was born in Philadelphia, raised in New Jersey, and lives in Baltimore where he is completing his MFA in Creative Writing at the University of Baltimore. Learn more than you ever wanted to know here. 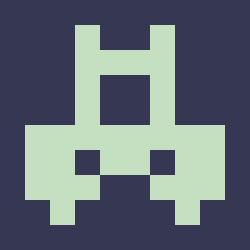