University of Baltimore MFA student Lisa M. Van Wormer recounts poetically the contents of her rucksack when she served one long year in the Gulf region–the list of items will surprise you.

One of the many challenges of being a woman in the Army was that your hair always had to be regulation: either cut into a bob that did not touch your collar or pulled back into a tight bun. Even in a sandstorm, even under a Velcro-strapped Kevlar helmet, perfection was required. Many of my fellow female soldiers had tools to make this magic occur: hair-colored bobby pins, hair bands with no metal on them that would blend in with a natural hair color (as stated in Army Regulation 670-1), gel and smoothers, even a sock cuff to pull off the “perfect bun” look. I knotted my thick, wavy red hair tightly each morning and always had my cargo pockets full of hair ties as close to my color as I could find, but inevitably by midday wisps would become unruly and slip out of ranks.

One day, right after I got off a three-hour convoy, as I stood there dripping with sweat and covered in sand, my sergeant major took one look at me and in front of everyone shouted, “Specialist, fix your hair!” Dazed and breathless, I replied “Yes, Sergeant Major.”  I jammed my shaking hand into my pocket, grabbed two more hair bands, removed my Kevlar, and policed my hair. Apparently, this was important.

These magazines bore the most weight during the deployment. They could each hold thirty 5.56 mm penetrating rounds: In full battle rattle, no less than five fully loaded magazines were attached to my flak vest and one was loaded in the rifle, adding about six pounds of weight to the already oppressive flak jacket. When locked and loaded, these magazines would turn my “air-cooled, gas-operated, magazine-fed assault rifle, with a rotating bolt” into a weapon of maximum destruction. I am not sure how this clip is still with me since I’d mean to rid myself of all military issue upon my return to the States, but I do not have the heart to throw it out now.

Bought right before I deployed with the intent to keep a daily account of my entire sandbox year.  I did not know what to expect going over there as the initial invasion was over and our rotation was supposed to be more of a rebuilding phase. I imagined the journal would be sent to my family in my Army duffel bag with the rest of my belongings if I did not make it home; in more hopeful moments, I thought I might one day share it with my future children.

I made a point to write every day; if I missed a day for some reason, I wrote twice as much the next. I recorded my patriotism and my fears. I catalogued fights with my roommate, my jealousy that her boyfriend deployed with us and she got to see him every day. I wrote of my anxiety that my then boyfriend Hayden and I would not survive as a couple, my longing to be near him, and my frustration that he was only about 50 miles away in Baghdad, but that the trip was too dangerous to make just to say hi. I recorded every adventure of our two-week leave to Germany together mid-tour, when we escaped the beige of the desert and lived in color in the Bavarian Alps. Later, I recorded the thoughts that raced through my mind in the hours before I boarded the plane that would finally take me away from that suffocating and scorching hell.

One collection of used phone cards

In the middle of the night, when you could avoid the two-hour-long lines, I would crawl out of bed and head for the makeshift telephone booth stations. Each had a chair, a table, and a low privacy screen built of the thinnest wood available. After wasting three of my 20 allotted minutes dialing through the phone card exchange, I would hear my parents’ groggy voices on the line. “Lisa!” my mother would happily cry, and we would launch immediately into an update… When I felt truly alone out in the middle of the world, these phone cards, printed all over with American flags, were my saving grace.

When Hayden and I met our first day at language school in California, he took notice of my showy .8 carat diamond ring, a symbol of a marriage that was in serious trouble. Hayden stood by me as my closest confidant as that marriage fell apart, one long distance phone call at a time. One bleak afternoon, I remember telling him—during one of our 10-minute breaks from class—that I didn’t understand why a man who was not even true to me at the time he proposed chose such an extravagant symbol. I said I would be happy with a twist-tie if it actually meant something and held some sort of promise.

While Hayden and I were separated in our deployment, he sent me 10 handwritten letters that I tucked protectively into my red journal, and still have today. My favorite came in February of 2005, two months after I arrived at my forward operating base in Samarra, Iraq. Mail took about a month to catch up every time you moved from base to base, if it ever did, so I was not getting many letters at this time. I saw the all-caps print on the front of the envelope and knew it was from Hayden; his mail had to travel only 50 miles to its destination, compared to my parents’ packages’ journey of over 7300 miles.

Inside the folds of the letter was a black twist tie.

These boots, with their tan laces knotted in a way that even if they came untied the boot itself would not loosen, went across the world and back with me. I wore them every one of the 364 days I was deployed. They took me down the metal staircase and guided my first steps onto the hard and cracked pavement of the Kuwait airport. They led the way into the C130 that combat-landed onto an airstrip on Iraqi soil. They echoed off the faux marbles walls and floors of many of Saddam Hussein’s palaces that were breathtaking even in their bombed-out glory.  They walked me to my first fallen soldier formation, identical to those coupled with the weapon, Kevlar, and dog tags of our unit’s first casualty. They silently stood watch under my bunk every single night. And they cushioned my jump onto the tarmac on 1JAN2006 at Hunter Army Airfield in Georgia upon my return to the States.

Throughout that year of my life, when so many things were out of my control, I kept tabs on these items. They could have been all that was left of me. Instead, they are what is left of my war.

Lisa M. Van Wormer was a soldier in the U.S. Army and writes mostly about her time in the service to include her deployment to Iraq. She is currently a graduate student in University of Baltimore’s Creative Writing and Publishing MFA program — this is her first published piece. 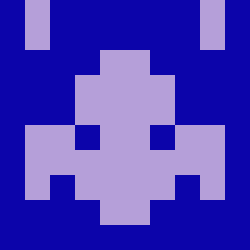