The Belmont Stakes: An Overview – I’ve seen nothing but positive signs from California Chrome during his training at Belmont. He seems happy and sound. I suspect he will run well. As Jimmy Jerkens (Wicked Strong’s trainer) said this week, “For California Chrome to lose, the winner must run the race of his life and California Chrome will need to run a dud.” I don’t see this happening but there is an outside chance, and if so, the tote board will light up with longshots. California Chrome drew the number two post and there isn’t much speed in the race, with the exception of Tonalist and Samraat who break from the outside. I don’t see California Chrome getting boxed in, but it is difficult to have speed outside as a rider. It is far easier to lay outside of a speed horse and make your run as you see fit. Being inside other horses forces you to move, perhaps, sooner than desired. California Chrome seems to rate well, but he could be in trouble if he picks up the bit at the start of the backside once he switches leads. This could happen if a horse challenges him on the outside, similar to Eddington with Smarty Jones (2004 Belmont). In a distance race like the Belmont (1 ½ miles, one full turn), the second half mile is the most important. Smarty Jones’s failed bid was a result of a fast second half mile (46 3/5 seconds) versus Affirmed’s (47 2/5th seconds).

Victor Espinoza, who has a mediocre record at Belmont, needs to be careful not to engage early but also take advantage of his inside post position should the two other speed horses not go to the lead. Cauthen’s ride on Affirmed (1978) was masterful and I could see the race setting up similarly for California Chrome. Given how much time and thought is given to getting the “distance” in the Belmont, I find it ironic that the last three Triple Crown winners went wire to wire. Also, it should be noted that no Triple Crown winner has won in a field larger than eight horses. This year has eleven, and all challengers are fresh. California Chrome will have to be the absolute best on Saturday and Espinoza must execute flawlessly. His Preakness ride was insightful, especially taking California Chrome to the outside after the start. If Espinoza gets a clear lead into the first turn, I suspect he will come off the rail and make others go inside of him. This will only happen if he can get clear of other horses during the first ¼ mile.

The post position of number nine should help Wicked Strong, who tends to act up in the gate if he loads too early. I think there are several horses that are fresh and trending upward. Wicked Strong, Commissioner, Ride On Curlin, Commanding Curve and Medal Count have compelling stories. I can see a mid-closer running down California Chrome in the last 1/16th of a mile if he moves to early during the second half mile. The riders on these horses will be watching California Chrome closely and paying attention to the pace of the race. They will love a scenario where California Chrome, on the inside, is being challenged down the backstretch by Samraat and Tonalist. If so, they will likely track the leaders until midway around the sweeping Belmont turn and make one 3/8th of a mile run, hoping the top horses falter in the late stretch. The American thoroughbred is no longer bred for classic distance and all horses in the Belmont would be considered “almost” for 1 ½ miles. The horses I believe to be bred the best for a classic distance are Commissioner and Medal Count.

Check out Affirmed’s Belmont – 1978 Triple Crown win.  What a race by Cauthen – a clock in his head. http://www.youtube.com/watch?v=apBIGFWMFr0&feature=youtube_gdata_player 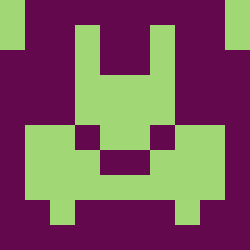