Poet Erin Sweeten — a graduate of the JHU Writing Seminars — sees the world like no one else. Tour her trio of poems for a stimulating and surreal break from your back-to-work Tuesday.

Alex Calder has got a room to himself at the National Gallery of Art.

Men with glistening sunburned heads come herding children to the center, a collection

of wacky animals.  They turn their attention up and out, to pieces

in the air; they think their kids could do as well. But the mobiles exercise

a perfect balance: arcs of steel hang by a thread, graduated

at an oblique angle (still, nonrepresentational).

But here, a fish spangled with colored glass; there, a man’s head

of twisted wire. The sculptures drift and spin on thin

strands, their duplicating shadows moving with them—

or smaller. They flatten and telescope;

they intrude, wheel across the body.

feel as a baby must:

her mom rigs a mobile

and leaves the room,

pressed against another wrist like she wanted to be locked up.

She irritated me, I was pedaling my bicycle to work, and it was recycling day.  “Get out

there’s a big green truck coming,” I said.  I wanted to help her and I wanted my rinsed

bottles and cans to be carted off without incident, and the woman’s torso leaned forward

gamely but her bottom half was committed to the pavement.  “I have a penny here

between my wrists,” she said.  I could see the edge of it, green-black with corrosion.

Pedaling is too strong a word, it took me awhile to move past the wobble phase

uphill and early in the morning, laden as I was  with the cares of this world and a change

layered over the ordinary metal of a penny, which she had to keep warm.

I wondered which kingdom molds belonged to, hearing the grinding downshift of the

which really was bearing down now though I’d been lying before.  I started my mantra,

but I did not find Jesus in the woman lying in the road.  She was blocking the way

to my bottles and cans, rinsed and peeled and flattened and scent-free and tied up in the

propped against the correct light post the night before, and though the rats ran all over

they found nothing to their liking, not even a rim crusted with black bean paste.

It gave my life meaning to disappoint the rats, to imagine their lumpy bodies sagging

The woman lowered her wrists beneath her head to use them as a pillow, to feel

something soft against her face for once.

There was nothing for it but to drag her aside, penny be damned, bike abandoned on the

into the dark back. They spoke another language, Hey–yo and Cha! and leaped back on

as the truck moved forward.  “I have this extra woman, a skinny one.”  They threw my

recycling into the back

and it cheered and clattered when it landed among its kind.  The woman was much lighter

when they picked her up,

and she made a tinier sound, a shifty crunching sound as aluminum cans and tin foil gave

I tugged my bicycle out of their hands before they could throw it in. I wondered if there

was a place at the plant for soft things

like my woman in her dowdy skirt and long hair, if the convicts who sat at the conveyor

knew exactly what to do, sorting all the skinny women and old men into their own pile

for the meltdown machine

where they’d get stirred up and bleached and squirted back out like new.

I was late for work.

Me in the Movies
In movies I’d never be the straight laced smart girl who starts with her hair up and by the crisis point it’s down and you know she’s fallen in love with the iconoclastic hero.  I might be the iconoclastic hero because I prefer to have people fall in love with me. Not me exactly, but the excitement surrounding me. Should there be any. I like to fabricate excitement; it keeps my mind off the absurdly long supermarket receipts floating around the house despite the small number of items listed and the mass-emailed warnings not to dump beverages into the plants at the office. Really I’d be the opposite, the girl who starts with her hair down but grows more disdainful and put-together as the plot progresses. By scene 19 my hair is in a severe French twist and I have sensible close-toed shoes and pale lipstick that never has any reason to come off because I don’t eat, lick my lips, or kiss. All I do with them is purse, and issue dire warnings. Iconoclasm and heroics thrilled me for about five minutes but I’ve found the transition to blasé remarkably smooth. “You know one gun is not enough,” I say. “You know that there will be a minimum of six scary men at the party, also in tuxedos, also carrying guns, and before the end of the night the chandelier will fall, your collar will be bloody and flapping in the breeze as you downshift in your getaway car, grimacing at the pain of your flesh wound, and of course I’m going to be the one who has to fashion a tourniquet for it by ripping off the hem of my dress. Well, I’m telling you right now that we will stop at the drugstore and pick up some ace bandages before the party because I like this dress. It’s beige and completely versatile, day-to-night, a comfortable knee length A-line.” The iconoclastic hero swaps me for the waitress at the truck stop, the lady with the cliché pout and predictable tendrils escaping from her ponytail. She is world-weary but ready to trade in her life of lousy tips and late nights for the chance to have the hero leap on her protectively when explosives sound. I’m happy to let them go off together. All the sudden tumbles behind strategically placed trucks were getting on my nerves and this is pretty good banana cream pie, though I normally hate anything slimy and fake banana flavored, there is no one to collect the bill so it’s free. No receipt to worry about and avoid, and keep pulling out of my wallet by accident when I dig for dollar bills. I take my hair back down because no one expects anything of me anymore and anyway the clip gouges my head. It’s one of those clips that are like jaws; I use it experimentally to scoop pie but the goop oozes out between the plastic teeth. Now neither is of use to me, pie nor jaws, though they make a gory scene on the table. It’s a good thing the iconoclastic hero taught me how to hotwire a car because I hate asking people for rides.

Erin Sweeten recently spent a handful of years living, working and writing in Baltimore.  Now she grudgingly calls the cactus-studded terrain of Phoenix, Arizona, home. Erin is a graduate of the Writing Seminars at Johns Hopkins University and a past editor of the online poetry journal Unsplendid.com. She has published her poetry and other writings in a variety of outlets. 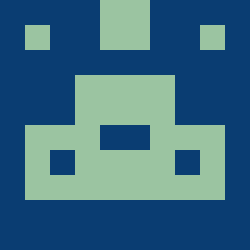