Today is the last day for our managing editor Brandon Weigel and associate editor Marcus Dieterle. I have had to lay off Brandon and Marcus due to a sharp drop in revenues brought on by the Coronavirus pandemic. They have been invaluable members of the Baltimore Fishbowl team, and I am sorry to see them go.

I hired Brandon in 2018 following the shuttering of the Baltimore City Paper, and he helped raise the bar on our coverage. He pushed us to cover more hard news, expand into music and theater reviews, and post our weekly events calendar. He insisted that we rent office space because he thought the synchronicity between staff members was important (he was right). He brought many new, talented writers, photographers, and graphic designers to Baltimore Fishbowl, and he has received glowing reviews from all of them. He’s a talented writer himself, and his stories have the polish of a seasoned pro. Brandon urged me last year to have Baltimore Fishbowl join the MDDC Press Association, and we won nine awards because of it. Brandon made Baltimore Fishbowl better, and I will be forever grateful to him for that. 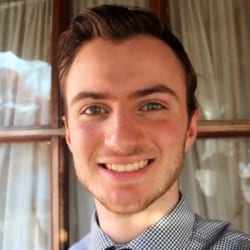 Marcus came to Baltimore Fishbowl just six months ago from the Cecil Whig, and he has been a superstar from the start. His stories have been among the most popular from his first week on the job. He graduated just two years ago from Towson University and already shows great promise. His hard work, tirelessness, and natural writing ability indicate that he is a journalist on the rise. I regret having to let him go after such a short stint, but I am happy to report that he has agreed to post the morning headlines each day and continue his daily Coronavirus updates as a freelancer.

On Monday, Baltimore Fishbowl will begin a new chapter. Brandon and Marcus have left Baltimore Fishbowl in great shape, ready to take on the challenges that lie ahead. I cannot thank them enough, and I look forward to seeing the paths their careers will take. We will miss them both.