The world has become a fast paced and stressful place these days. Technology has made things easier at the same time more stressful. Kids today have no down time to just let their brains clear. This is why summer camp is so needed today.

Part of growing up is learning how to make your own decisions for yourself. Camp is a controlled, safe environment where kids are allowed to make their own choices without you along to guide them. Think of it like a test run for the “real world”–an opportunity for your child to start to become a more independent individual.

At camp, there are rules, there are consequences, and there are opportunities for your kids to learn to be  “smarter and stronger” emotionally.

Since camp usually lasts between four and seven weeks, children don’t have long to hold onto grudges, hurts, or disappointments that they may be faced with. They’ll learn to keep going, bounce back faster, no matter what, and hopefully emerge much more appreciative of the little things.

Think of all the new people and activities your kids will be able to do at camp! Whether it’s the thrill of sailing a boat, going waterskiing, making a metal bracelet or a wooden bird feeder, or even simply listening to music, camp exposes kids to a whole slew of new and interesting things.

Camp is predominantly outdoors! Your kid’s X-Box, Wii, and Television are not! Fresh air and simply playing outside for the sake of playing is vitally important for the mind and body. The Internet and the smartphone have made interacting with people completely different, but they also take away from real face-to-face interaction. Camp is an opportunity for your children to do things other than surf the web.

The NO electronics rule isn’t to say that your children shouldn’t get all of their camp friend’s phone numbers. They most definitely should! In fact, your kids will make friends that should last a lifetime, because they’ll be living with these people 24/7.

Reason number eight: They’ll learn to live with others.

Reason number nine: They’ll learn to take care of themselves and their belongings.

You will not be there to pick up after them; they’ll have to do it themselves. I know, shocking, right? But it’s the truth!

Not only will they be responsible for picking up after themselves, but they will be responsible for keeping track of their belongings. No more asking Mom where she put your good pair of jeans after she washed them, or tripping over that pile of laundry because you can’t be bothered to put it away. Your child will be in charge of looking after their own things, because the space they will be living in will be a shared one.

Communication is different in today’s technologically savvy world. We have things like Skype and Facetime and a plenty of other types of social media that make talking to people face-to-face incredibly different. By sending your kids to camp, you can guarantee that for at least these two months, they will have face-to-face communication.

So there you have it: ten reasons your kids need to go to camp now more than ever.

NBC – Search for the Best Summer Camp for your Child

Simply Summer – The Power of Unplugging at Sleepaway Camp 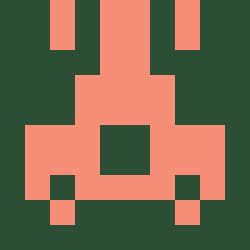