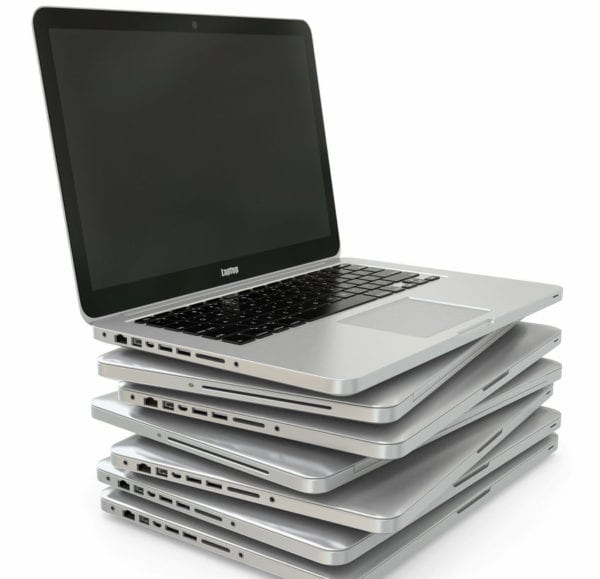 With the start of a remote school year rapidly approaching, Baltimore families and educators scramble to prepare.

Recognizing the need, local nonprofits have stepped up to improve remote learning conditions for students in Baltimore City public schools. The United Way of Central Maryland, for one, has created a fund to get computers into the hands of students.

Using a donation of $10,000 from Amazon, United Way started the Digital Divide Fund. To immediately address the lack of access to devices, the organization purchased 650 Amazon Fire Tablets to be distributed to students in their network. Since March, the fund has raised over $20,000 and is currently open for donations from individuals. (Donations can be made at www.uwcm.org/digitaldivide.)

Broadly, the organization helps families facing poverty gain access to housing, food, healthcare, employment, and education. United Way of Central Maryland maintains a body of research focused on families that fall under the label of ALICE – an acronym for Asset Limited, Income Constrained, Employed. ALICE individuals and families earn an amount above the Federal Poverty Level (FPL), but not enough to afford basic household necessities.

According to the latest ALICE Report, economic hardship was significantly greater in Baltimore City in 2018 than in most other parts of the state, with drastic variations across Baltimore’s neighborhoods. The report showed that many of the neighborhoods with the highest percentage of households below the ALICE threshold have predominantly Black populations. These neighborhoods have experienced systemic racial discrimination, which has led to disparities in income, wages, education, housing, and health.

In neighborhoods such as Cherry Hill, Bridgeview-Greenlawn, Franklintown, Johnston Square, Forest Park, and Hanlon-Longwood, 46 to 61 percent of households do not have internet, according to a map provided by the Abell Foundation.

When Baltimore schools abruptly went remote in March, United Way immediately recognized how the lack of internet access will widen the education gap for students in these neighborhoods.

“Trying to get learning materials into the hands of these kids, it was chaos,” said Beth Littrell, Director of Community Engagement and Volunteerism at United Way of Central Maryland. “Many families were unreachable, so there was confusion about what was happening,” she said.

The sudden switch to remote learning left many students unprepared to continue their education. Students experienced language barriers, connection barriers, and lack of transportation to get school materials. Also, some students had to watch siblings while their parents were at work or get jobs to support parents who had experienced layoffs.

Last week, United Way partnered with Ben Franklin High School to distribute tablets to junior and senior students. Of the 230 students who were eligible to receive a tablet, 100 students have picked up a tablet so far.

But the tablets were only a quick fix, said Littrell. “We can give kids the tablets, but what good is that if they can’t access the internet in order to speak to their teachers or get online and submit their work,” she said.

“United Way of Central Maryland is working with all our partners to determine the best, and fastest way to get kids the access they need to learn. That includes Comcast, Baltimore City Public Schools, and our corporate and nonprofit partners. While more permanent solutions may take longer, we are also working to execute quick fixes to tie students over until those more permanent solutions can be made available,” she added.

In the weeks leading up to the start of school, United Way has been working to find alternative options. Some of the funding from the Digital Divide Fund may be put toward options such as pilot programs, hotspots for students, or even tents for students to work in the school parking lot.

To assess the severity of the digital divide, the district has sent out surveys to students in the Baltimore public school system. But there are complications with the results of the surveys, Ben Franklin High School’s Principal Chris Battaglia explained. For one, internet access is required to complete the survey. Additionally, some students cannot complete the surveys due to language barriers. At the high school, 28% of students are English Language Learners (ELLs).

Faculty members at Ben Franklin have been using the little time they have left before the start of the academic school year to prepare for remote learning.

“It’s a challenge, and I don’t think somebody has a magic answer and they’re doing something wrong,” Battaglia said, “I think that as a school system and as a school, we’re trying our best.”