Security camera footage shown for the first time in court on Friday during the Keith Davis Jr. trial suggests there is another suspect in the murder of Kevin Jones who has been left uninvestigated, and raises questions about the integrity of both the Baltimore Police Department’s investigation and the Baltimore City State’s Attorney’s Office’s prosecution.

The video from June 7, 2015, the morning Pimlico Race Course security guard Kevin Jones was shot and killed on his way to work, shows a man who matches Jones’ description walking in front of the Park Heights Shop Express Market near Pimlico. Seconds later, another man walking purposefully in the same direction as the man presumed to be Jones appears to pull a mask up over his face right before he crosses the street in the direction of Pimlico, where Jones was shot and killed.

In an interview, Davis’ defense attorney, Natalie Finegar, said the man shown in the new video is “much bulkier” than Davis, has a different build and gait, and is wearing different clothing than Davis was that day.

“In my review of that video, I am confident that is not my client,” Finegar told Baltimore Fishbowl.

Reached by email Saturday afternoon, SAO spokeswoman Melba Saunders said prosecutors could not comment on the newly released footage because the case is “still an open and pending matter.”

This current trial, expected to wrap up next week, is Davis’ third time being tried for the murder of Jones. The first trial ended with a hung jury. At the second trial, Davis was found guilty, but he was then granted a new trial after testimony from a prison witness was questioned because of the “sanitized” version of that witness’ criminal history that the SAO presented to jurors.

In jail since the police shooting, Davis has long maintained his innocence and claimed the gun he was found with after being shot was planted on him. Davis’ wife, Kelly, and members of the activist group Baltimore Bloc have long accused BPD and SAO of covering up the reality of what happened with Jones’ murder, and charging Davis with the murder to distract from the police-involved shooting, which left Davis with three gunshot wounds after he was fired at more than 40 times.

While the SAO has never been able to provide a motive for Davis, they claim that along with the connection to the gun, circumstantial evidence such as cell phone tower data places him near the shooting. It has been a fractious saga, and one that at times has gotten deeply personal, with Kelly Davis and Baltimore Bloc confronting State’s Attorney Marilyn Mosby, who has been quick to dismiss and even discredit them.

During opening arguments, Davis’ lawyer, Natalie Finegar, said BPD has engaged in a “relentless” and “reckless” prosecution of Davis.

At a state’s attorney forum earlier this month, Kelly Davis confronted Mosby and was escorted out of the room by police. Mosby then quipped to the crowd, “Repeat violent offenders don’t like me.” Neither Keith Davis nor Kelly Davis (who has no criminal record at all) have been convicted of a violent crime in multiple cases, and thus cannot be accurately labeled “repeat violent offenders.”

This potentially case-shattering security footage emerged during homicide Det. Mark Veney’s testimony on Friday. Veney was likely the final witness called by the state before it rests its case.

Veney, who investigated Jones’ homicide, appeared confused about what was on three CD-Rs presented to him by Assistant State’s Attorney Andrea Mason, all containing security camera footage from various locations near Pimlico Racetrack, where Jones was murdered. Veney had testified earlier that day that all of the footage recovered from that day showed “nothing of value” to the investigation, but Davis’ attorney, Natalie Finegar, upon viewing the footage from the Park Heights Shop Express market, was shocked by what she saw: a potential suspect never before identified, and an additional witness.

In the video, a man walks by at 4:48 a.m. wearing work boots, black pants, and a blue hoodie with “Preakness” on one of its sleeves. He is carrying a dark one-strap bag. The man fits Jones’ description, and his attire matches what Jones was wearing when his body was found in a nearby parking lot—down to the “Preakness” hoodie and the bag, which appears to be the same as one entered into evidence during the trial.

Forty-five seconds after the man believed to be Jones walks by, another man in a black t-shirt and jeans enters the frame, seemingly pulls something up over his face and exits the frame. The man does look not like Keith Davis Jr. in terms of his build and appearance.

Then, at 4:50 a.m., a man and his dog walk in front of the Park Heights Shop Express. The man enters the market, then comes back out. At 4:52 a.m., the man looks off-frame and his dog’s head perks up at the same time. The dog then gets up on all fours, seemingly reacting to something off-camera. According to testimony during the trial, a call was first made to 911 about a shooting at 4:53 a.m., though no police officers arrived at the scene until 5:07 a.m.

At 4:54 a.m., Vaughn Ringgold, a co-worker of Jones, enters the frame and interacts with the man with the dog and points toward Pimlico. Police interviewed Ringgold after the murder, but he did not testify in the case, and has since passed away. However, audio of his account of events to police was played at an earlier trial.

“I assumed that footage didn’t exist,” Finegar told Judge Althea M. Handy during Friday’s trial. She had believed the footage was never stored.

Gesturing at the screen showing the footage in court on Friday, Finegar emphasized a moment in the video where the man moves his left hand towards his face and seemingly pulls a mask up.

“It looks like his face is covered,” Finegar said.

The debate between Finegar and Mason continued for nearly a half-hour, and peaked when Mason bluntly declared, “She was aware of the videos.”

“Do you want to put me under oath?” exclaimed a frustrated Finegar in response.

Judge Handy did not find the withheld video to be a serious enough “discovery violation” to delay the trial, as Finegar requested, though she was visibly frustrated with Mason during the whole ordeal. Handy then forced an early recess until Mason made a copy of the CD-R.

“All trials seemed to indicate that the videos were never stored. I was prepared to cross-examine Detective Veney [on Friday] on what happened to those videos,” Finegar told Baltimore Fishbowl. “That’s how much I didn’t know that video existed.”

Finegar stressed that this video is “exculpatory evidence”—evidence that might favor a defendant—and therefore should have been marked and highlighted by the prosecution, even if it was Francis-Williams who had the footage. Finegar is spending the weekend attempting to get the video enhanced in time for Monday.

She plans to demand that the case be dismissed.

“It’s completely and absolutely exculpatory material that nobody involved in this case should ever have asked to have disclosed,” Finegar said Friday night. “It should have been delivered to the defense on a silver platter with a big red flag saying, ‘You should take a look at this.’ Quite frankly, I think it probably should have led to the dismissal of this case, or him never being charged in the first place.” 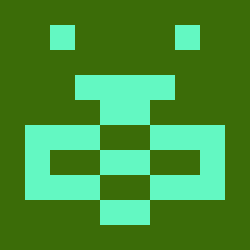 Latest posts by Brandon Block and Brandon Soderberg (see all)