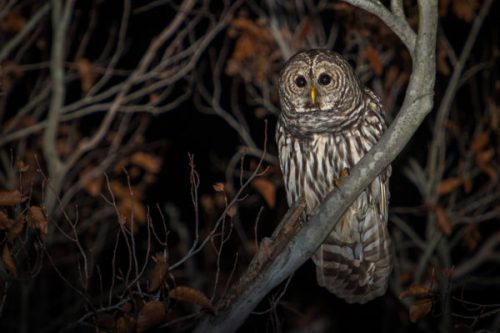 What exactly is an urban priestess, my brother asked.  I’d been in Mystery School for a week and couldn’t answer the most predictable question.  I’d need to come up with an elevator speech.

A priestess is a conduit between the seen and the unseen worlds, deeply human, divinely inspired.  She is committed to reflecting the highest truth in all her relationships.

Two weeks into the course, I traveled to Vermont to be with my mother, once a priestess of sorts herself, an astrologer and palmist, now so far along in the journey of dementia she can’t remember my name.  Vermont would be a good place to dig into the priestess teachings, coming so fast I could barely keep pace—medicine wheels, astrology, sacred symbols, psychology, herbs, crystals, the mythology of ancient and indigenous cultures.

Mom was sitting in front of the TV when I got there.  She had once sported pearls and healing gemstones, but that night she had on the candy corn necklace she’d made at “Senior’s Club,” an adult day care facility.

“It’s you!” she said.  She seemed genuinely pleased, although my brother had just given me a heads up, “She thinks you’re a thief.” He warned me against getting too heavily into the “organization thing” while I was there.

The next day I came in from a walk to find her sitting with the box of silver flatware on her lap, hands full of forks.  “Mom, what are you doing?”

“Oh, you know—“ she said, waving a hand in the air in her vague way.   I completed her thoughts:  someone is stealing from me, I’m down two forks.

In my room, a pair of socks was out on the bed, a clue.  I opened my carry-on to find my neatly folded clothes a-jumble.  I understood at once she had been rifling through my things and a wave of anger rose up.  Morning one, five to go.  I remembered that the priestess is a clear mirror, reflecting the highest truth in all her relationships.  I considered her side, how I’m always swooping in, mounting cleaning campaigns, gathering bags of her clothes to give away.  In this light, I was certainly a thief.

We took walks, admiring the last of the foliage–smatterings of rust and gold in the mostly bare woods.  My mother prattled on, insisting that I, the middle child, was the first-born of her children.  The fledgling Priestess, in touch with the natural world, rides the season with its theme of dying off and release.  Let it go, let it go.

I made meals and spent time on my computer while she sat in front of the morning news shows.  From the other room, I heard her cackling like an old witch.  I wandered in to see what was so funny:  metastatic breast cancer, women pouring their hearts out.

The fledgling priestess begins by cleaning up her act so she can practice something called “empty presence.”  She can’t be a clear mirror if she’s an active participant in drama triangles or a gossiper or living out the expectations of others, or in the grip of some unconscious character—the witch, for example, whom she understands as the negative mother, the shadow of the mother archetype.

I made dinner and Mom wanted to be helpful. I’d emptied the compost bucket that morning, and it was missing.  Had she seen it?  She went to the recycling bin and came back with a handful of junk mail.  “This?”

Sometimes it seems she is being willfully daft and I want to take her head off.  “No, Mom, the compost bucket, the green bucket that’s always there.”  I pointed to the floor near the trash drawer where it had been a fixture for several decades.  She shuffled off.  A few minutes later she was back with a laundry basket.  “This?”

To empty out, so that she can be a clear mirror, the priestess turns to her own shadow.  To claim an authentic, fully integrated self, she’ll need every bit of the energy that is devoted to keeping the rotten and despised parts of her being under wraps.

A storm blew up the east coast.  I’d planned to leave early the next day; already travel advisories were in effect.  All night the wind gusted, branches played ominously upon the roof, and the rain came in sheets. We were both up at 4:30.  I built a fire in the kitchen fireplace.  I worried.  My brother wouldn’t be back until mid-afternoon.  I began to feel guilty about the things I could and should have done, now too late.  I’d been more like a teenage babysitter than a mature care-giver–self-absorbed, on my computer and cell phone, or in my head, wishing myself elsewhere.

Dementia patients are notoriously bathing-averse; who knows when she’d last washed her hair.  I asked if she wanted to take a shower before I left.  To my surprise, she agreed.

We don’t really do physical intimacy in my family.  I turned on the water while she began to undress, holding on to the vanity for support, climbing out of not one but two pairs of pajama bottoms.  I knelt to peel off her socks and averted my eyes while helping her into the shower.  Through the frosted glass, she appeared to be rising out of a dense fog.  She spent a long time washing her thin white hair and all the critical places.  All the while I was calculating travel time, factoring in the late start, rush hour in the major metropolitan areas.

At last, she turned off the water.  I took a clean towel from the shelf, and a shirt from my carry-on tumbled out with it.  I was puzzled, then remembered that she had been in my things.  She had squirreled it away here.  I held the towel out like a screen as she stepped out of the shower.

Kneeling before her, I held the disposable underwear wide while she stepped in.  I fastened her bra and helped her into clean clothes.  She sat like a child in front of the fire with her eyes closed, while I combed out her hair and applied moisturizing cream.  Her face had begun to hollow out here and there like an apple doll.  She really was a good sport about all this, and sometimes she even seemed to get it, like when she told me the story of the man who had asked her name at Seniors Club.  “I didn’t even know the name of me!”  she said, and we both laughed, so funny.

Outside a mighty gust left the lights flickering and the power blinked out.  The hearth glowed; the fire danced.  Six-thirty on a wildly stormy morning.   I’d planned to plunk her in front of the TV, where she sits happily for hours, the same woman who always nipped at us about our own TV habits.  What trouble would she get into, left alone with her confused thoughts?  I lit candles, then reconsidered.  The pump had gone out with the power.  Too much fire, not enough water.  The priestess is an everyday alchemist, working with the elements to produce positive outcomes.

I didn’t have to get back to Baltimore for anything, in particular, I just had to leave.  I put a plate of cookies and some apples on the counter, like Christmas Eve, and took off an hour and a half behind schedule, hell-bent to be home before dark.

Back home it was Halloween, Samhain in the Celtic tradition, when the veil between the worlds is said to be thin.  This threshold between autumn and winter initiates the natural cycle of inward-turning for rest and reflection. The apprentice priestess, developing the power of symbolic sight, remembers that the jack-o-lantern can also be seen as the ghoulish face of the shadow self.  She places a lit candle inside as a reminder of the light that lives in each of us.

A friend asked for a link to share with one of her colleagues who wants to become a witch.  To clarify, I am not becoming a witch, though some of the curriculum is admittedly weird for the urban carpooling mom.  How does one straddle the ancient and the modern, the every day and the mystical?

In the month of November, we would be working with the Queen of Death, the dark face of the Priestess archetype, our innermost knowing, our ally in the clean-up.  We empty so we can receive what really matters. Are we living as pleasers, dedicated to our false selves, numbed by our eating habits, locked into deadbeat relationships?  What in us needs to die to make space for something new?

The fledgling priestess fights a sheepish feeling even though she is alone.  She invokes the Queen of Death in a ritual that goes something like this.  First, she assembles things that have meaning for her:  her mother’s pearls; a brilliant maple leaf; a pomegranate, symbolic of the descent into winter and the unconscious mind.  There’s no right or wrong way; what matters is the angle of her heart.  Is it reverent, humble, open to mystery?

Next, she smudges the space in which the work is to be performed, purifying it with the healing smoke of palo santo or sage. She calls in the four elements from the four directions—air from the east; fire from the south; water from the west, and earth from the north.

She invokes her ancestral line, no matter how screwed up they were, calling in her mother and grandmothers, her father and grandfathers.  She’s here on the earthly plane working out their problems, it’s true, but she also carries their wisdom in her DNA, their lessons learned.  Carry forward your mother’s interest in the occult sciences, but leave behind her suspicious nature, her critical edge, her intellectual defenses.  Take your father’s spirit of adventure, his rugged individualism, but let go the brooding, the mania, the alcoholism.

Planting herself sincerely in the center of the circle she has created, cleared, and cleansed, the apprentice sits quietly in meditation, asking for the Queen of Death to reveal herself.

She waits, inventorying her physical body, the bowl of her womb where feeling lands.  What’s cooking there?  A creative project, a grievance, a tumor?  And what about the cauldron of her psyche, that stew of thoughts and ideas.  What needs to be burned off, refined, separated out, or let go entirely?

Maybe it is not a ghoul that shows up, but a feeling deep in her womb center.  Maybe it is sadness, or grief, or the recognition that she has been in avoidance and that important relationships in her life need attention.  Or maybe it comes as a voice from the woods close by, a barred owl, weighing in at just that moment with the question, “Who cooks for you, who cooks for you-all?”