Recent University of Baltimore MFA grad Lauren Beck never bowed down to the stinging gods of conventional eyebrow-grooming, until one day she decided to throw caution to the wax.

It all started on “Opening Day,” when the Baltimore Orioles play their first home game of the season. This is practically a holiday for O’s fans from all over Maryland, a day on which the goal for many is to tailgate at the local bars and then stumble over to Oriole Park at Camden Yards; for some, if they make it to their seats, that is considered an accomplishment. I have attended the event for the last several years, but this past Opening Day, having recently turned 31, I felt that I had grown out of the need to participate in such youthful debauchery and made no effort to get tickets. But when a friend offered a pair of tickets to my boyfriend and me, I couldn’t resist.

My boyfriend and I met up with my younger sisters who are in their early 20s, their bodies still taut and free of wrinkles or afflictions of aging of any kind, unlike me, recently 31, as I mentioned, and who, in my late 20s, developed all sorts of weird skin abstentions, things like polymorphic light eruptions on my chest, (itchy red bumps caused by prolonged exposure to direct sunlight), eczema on the backs of my arms, or my personal favorite, large white hives on my face brought on by everything from stress to changing laundry detergents to the anti-aging face cream my mother gave me as a gift on my 31st birthday. And they say 30 is the new 20? They, whoever they are, clearly don’t have to purchase economy size bottles of witch hazel and Benadryl every few months.

At the game, the men sat glued to their seats, homing in on every pitch, while my sisters and I drank beer and talked and stumbled around the stadium. I estimate that they were hit on by every third male that we passed; one of the guys was even so kind as to offer to buy my youngest sister a hotdog, and when she politely declined, he offered to be her sugar daddy instead. After a few drinks, I felt like I was 22 again, with skinny arms and a flat tummy, but the selfie pictures posted on Facebook by my sisters and the lack of being hit on revealed otherwise; instead of being chatted up by the young, drunk men, I was talking to their fathers, questioning them about their sons’ jobs and stature while they schmoozed my sisters. Don’t get me wrong — I love my boyfriend and was in no way looking for another; but like many girls, and as a life-long performer/attention-hoarder, I don’t mind a little flattery now and then, and being wing-woman was never really my style. On this year’s opening day, alongside my shockingly gorgeous sisters, it was impossible for me to be anything but. I still had a fantastic time, but the harsh reminder of my new relationship with the world was a hard pill to swallow.

Turning 31 was more of a revelation for me than turning 30 had been. My body started changing dramatically, almost as if I were going through puberty all over again. Sex quickly graduated from a hobby to a requirement; eight hours of sleep became a minimum and a maximum; degrading hair and skin quality demanded I spend more time grooming and primping, a pastime of which I am not particularly fond; and young people started to look younger than ever before. I realized that not only do I not look like I’m in my 20s anymore, I don’t feel like I’m in my 20s anymore either.

Which is all fine and dandy. I am grateful for the wisdom that I now have compared to 10, even five years ago. Still, even though 31 is a far cry from being old, I often feel trapped in an aging purgatory, somewhere between youth and old age, anxious for some sort of classification by which I can more readily differentiate my current self from my previous self. Like many women, I have often felt self-conscious about my looks and that anxiety grows with every passing year. Events like opening day make me over-think all the more. Though I was having fun with my sisters, I longed to be with someone who was on the same wavelength as me; luckily, I had plans with my 31-year-old girlfriend the very next day.

Our Saturday morning began at the high school track near where my girlfriend and I live. I managed to wake up without a hangover, possibly from going to bed at 9 (a sure sign that I can no longer keep up with the post-game beer drinkers), and she and I met for a jog, then finished our exercise with a yoga class. Afterward, we stopped for fresh juice and sipped them while we shopped at Trader Joe’s. As we loaded our bags of all-natural, organic groceries into the back of her recently purchased SUV, I couldn’t help but notice how very ’30’ our behavior was. When I met my friend eight years ago at a restaurant where we both worked, she drove a black Firebird. Instead of going to yoga and shopping for groceries, we would most likely have been out to lunch and shopping for clothes to wear when we went out. Our idea of fun was quite different then, and as we drove away in her oversized vehicle, we released bittersweet sighs in memory of our former selves. Who are we? We asked out loud, not with regret, but with the wistfulness that comes with growing up, with letting your younger, skinnier, wilder selves settle into the routine and predictability of life at 30-something. She and I had never been predictable as young women, and that beautiful Saturday was as good a day as any to attempt to break free of our new molds.

We dropped off our groceries at each of our houses and decided to have a snack and a glass of wine at my place before heading back out to get pedicures. We tore into the snacks we had just purchased — goat cheese, olive tapenade and bagel chips — and I poured two glasses of red wine. We sipped and munched and chatted about our plans for fixing up our houses, the DIY projects we wanted to take on this coming summer, the flowers and vegetables we hoped to plant once the last frost had passed. And when we were finished, we departed for the nail place around the corner from our homes.

The last several times that I have gone for a pedicure, my toes drying under the black lights, the stylist has asked if I want my eyebrows waxed. Every time, I’ve politely declined, but privately wondered: Are they out of control? No one had ever mentioned their unruliness to me before, but then, I’ve never mentioned my thoughts on others’ eyebrows to them either. After the pedicures, I would always drive home and study them in the mirror. They didn’t look bad to me. But then, what did I know? I didn’t even own a hair brush, since my thick curly hair didn’t respond well to brushing and I didn’t have the time or patience to straighten it, a practice that I have recently learned many women with curly hair like mine do on a regular basis. I felt behind, as if my biological clock hadn’t yet caught up to the grooming practices of other women my age.

As my girlfriend and I were having our toes painted, as if reading my thoughts, she brought up eyebrow waxing. She confessed that she had never had it done, and I confessed that I had been thinking about my eyebrows a lot lately. Perhaps it was the need to feel unpredictable again, like we had been in our 20s. Perhaps it was the glass of wine that we had before coming to the nail salon. Perhaps it was the exchange of glances between the two women that were painting our nails indicating that they knew they could get us for another seven bucks. Whatever it was, we decided then and there to do it. At 31, we were going to get our eyebrows waxed for the first time.

It didn’t hurt as bad as I thought it would. The stylist was quick and seemed experienced in her art. I warned her I didn’t want them to be too thin and she was careful to honor my request. When she was finished, I placed my feet under the black light to dry my toenail polish, and she brought me a small mirror. Not bad! Though they were red from just having been waxed, I liked the shape she’d created, the way they followed the arch of my almond-shaped blue eyes. I thanked the stylist and decided to flip through a magazine while I waited for my girlfriend to have hers done, trying to ignore the itching sensation around my eyebrows.

A few minutes later, my girlfriend came to join me at the black light. We looked at each other with grins on our faces, pleased with our spontaneity, but her grin quickly shifted to a look of concern. I looked past her into the mirror on the wall and saw what had caused her change in expression: large white hives that covered my forehead and surrounded my eyebrows. My gasp of horror alerted the stylist, who came running over with a cotton ball drenched in witch hazel.

“Next time, you tell people you have sensitive skin, okay?” she ordered as she dabbed around my eyes.

I looked at my girlfriend and we laughed, at the welts on my eyebrows, at the outcome of our spontaneous decision to strip away our 30-something predictability, at the way that there was nothing wrong with our eyebrows in the first place, yet here we were trying to make them prettier, at the fact we’d paid seven dollars each for someone to rip tiny hairs off our foreheads and expected that to make us feel completely different.

Having our eyebrows waxed may not have made us feel different, but I know now what to do if I ever decide to have my eyebrows waxed again. (To date, I have not.) I am grateful to have shared the experience with a good friend. I am grateful that the witch hazel helped the welts to go down in time for our dinner plans that evening and for the dim lighting in the restaurant that made the remnants of them more difficult to see.

A few days later, my girlfriend emailed me about an upcoming baby shower to which we were both invited. It read:

Do you think what I wore to dinner on Saturday would be appropriate to wear to a baby shower? I am trying to think of what I can wear that is baby shower-esque… Is that outfit too “Street?”

I must think of these things now that I have waxed eyebrows.

She is right. We must think of these things now.

Lauren Beck is a writer and musician from Baltimore, MD. Lauren writes creative non-fiction and poetry, and teaches writing at the Community College of Baltimore County. 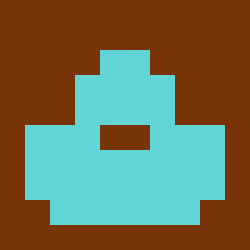