“Maintain,” the 2015 debut LP from Baltimore duo Wume, remains an icy wonder–starch-saturated, but not without a grooving felicity reminiscent of retro-futurist synthesizer unit Stereolab and its august progenitors. Singer/drummer April Camlin and keyboard player/electronics whiz Albert Schatz have developed an ideal songwriting style, one that’s efficient yet not cramped, a tightly wound merriment. No beat or tone is extraneous in tunes that nonetheless swing. Camlin’s wordless vocal pulses lent “Maintain” a brisk, free-falling vibe; this is a ride that won’t buck you off.

On “Towards the Shadow,” out now on Northern Spy Records, Wume expands both its color palette and what it wants to express. The kinetic “Pool of Light” unspools pinballing matrices of player-piano and insistent drums that suggest the Jitterbug, then tacks on evocative, stream-of-consciousness spoken word. “Blood Moon” is essentially an extended, loopy drum solo. A warm rush of upstairs-downstairs and ping-ponging synths, “It’s Okay” weds sharply enunciated chants to syncopated panics; this is Wume at its most gratuitously pop, a mode they seem well-suited for.

So the music remains as crisp and complex as before, now with a marked purposefulness–an encouragement of inner contemplation. Sloshing and keening ominously, “Functionary” foregrounds Camlin’s robotic reading of a Herman Marcuse passage reminiscent of Karl Marx’s “The Communist Manifesto” and Valerie Solanas’ “SCUM Manifesto.” “GenSeq” laces its semi-industrial squelch with anti-materialist semi-subliminals; the Day-Glo pogo-stick cascade of “Shadow” makes for undeniable ear candy, while insisting that “Repression serves no one/And limits our freedom.”

The band appears to be leading listeners toward emancipation–from dogmas, from systems, from institutions–without specifying targets or offering directions. Their aim here is to inspire questions. Mesmerizing and impeccably designed, “Towards the Shadow” somehow never comes across as forced or didactic; it’s as though Wume invited us to another fantastic party, and we woke up at home the next day with pamphlets in our jacket pockets–ones we might actually do well to re-read.

Wume will play a record release party for “Towards The Shadow” this Friday at the Ottobar with Matmos and Amanda Schmidt opening. Visit theottobar.com for tickets and more information. 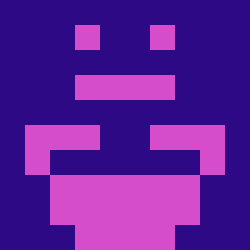