The rabbi asked the mourners to share a piece of my father — a memory, a story, a saying.  I was first to break the grief-stricken silence. “I am in one lane!” The parlor room at the Pikesville Hilton erupted with relieved laughter.

Of my father’s faults, bad driving was the worst. By the time of his death at age 75, he had dinged, chipped, dented, crashed, scratched, or totaled most of the following: a red Cadillac, a purple Valu-Vend station wagon, a silver LTD II, a gold Thunderbird, a black Lexus, a purple Lexus convertible, a black Mercedes, another black Mercedes, a white Audi, a black Murano, a white Mercedes, every General Motors car ever made, and an assortment of foreign sports cars, including a midnight blue Corvette, an MG, and an Austin Healey. His only auto regret was that he never got to damage a BMW.

Once, my dad drove into a ditch after hitting a wall while sleeping. Another time, he fell asleep in a parking lot, and his car drifted.  Another time, he fell asleep at a light and drifted into a motorcycle — gently; fortunately, a passenger was in the car to wake him ungently. The old joke goes: I hope I die peacefully in my sleep, like my father, rather than screaming, like his passengers.

But my father did not die peacefully in his Mercedes. He said goodbye to us and I love you with his last words, before dying of aortic stenosis in his hospital bed. I began his eulogy before a room teeming with sniffling friends and family with these words, while looking down at his casket: “My father could sleep anywhere.”

Dad had a few other faults, too, because he was a real person. Many of them — especially the ones that revolved around food — became endearments. He took his steak like he took his shoes: mostly leather. He was overweight for most of his life because he ate a lot of shoes. And if he sometimes wore his heart on his sleeve, it had company: a piece of food usually took up residence there — as well as on his face, in his hair, and on the front of his shirt. We called that stain The Family Crest. At several moments during shivah, we wore it in tribute. My sister has adopted it as her trademark.

My father was vain. He loved to look good, and he owed a debt of gratitude and thousands of dollars to artificial tanner and hairspray, which gave his skin a healthy glow — and orange tint — and kept his hairs in place. My father missed a significant amount of work only once in his life before getting cancer. He had fallen down the steps and had broken his leg in seven places in an attempt to outrun some secretaries. They were trying to mess up his hair.

My dad liked to spend money on himself and his family. His closet is full of new clothing — a dozen shirts, hundreds of dollars each, tags still on. His wife’s hands are full of expensive jewelry. And his kids and grandkids have a wild assortment of his lavish displays of affection — musical instruments, cameras, clothing, cars. You couldn’t go anywhere with him and not hear, “You want it? I’ll buy it.” To outsiders, we were spoiled. But insiders knew that this kind of generosity sent us into therapy, where we had to be told that it was called love and that rejecting it was madness. “So shut up, and get some new clothes,” my psychologist advised.

The weekend following his funeral, I went to lunch with my mother and sister, then shopping for thank-you cards. It became a sort of bereavement shopping excursion, during which I’d found an expensive dress and a $200 bedspread. I was considering which, if any, thing to buy when I heard my dad’s voice. It was clear:  “You want it?” he asked me. “Buy it,” he insisted. So I did. I don’t know how long he will speak to me that way, but it could cost my sister an entire spaghetti-stained wardrobe and me a bank account.

My dad was a man who didn’t leave you guessing for a minute where you stood with him. He told us in word and deed, as all fathers should, that he loved and was proud of us and our husbands and children. He was angered by injustices against us, as if they were against him, too. He felt obliged to fix things — need or want — like my sister’s car or my bad back.

Yet there was hardly a thing we could give in return. Left in his car were unopened CDs and a $100 gift certificate to Ruth’s Chris — music and food he loved, free. He had high-balance gift cards to department stores, unspent; our gifts to him over the years were still in their boxes with tags. Just about the only thing we girls could give him that he would use were sleep t-shirts with my photos of his grandchildren ironed on them.

He and I were diagnosed with lymphoma two weeks apart. His was more aggressive, requiring immediate chemotherapy, and his treatments sometimes aggravated other health issues. The first time, at Halloween, an ulcer burst, and he nearly died. The next day, when he’d made a miraculous recovery, I told him he wasn’t looking so good and asked whether he’d seen himself in a mirror. I didn’t have a mirror, but I did have my phone, which I used to take his picture using the Zombify application. It turned him into a zombie, with bleeding teeth and an empty eye socket. It was the first time he’d laughed in weeks. But he could see the fear in my eyes. He looked at me — weak, bald, and sicker than I’d ever seen him — and said, “Don’t worry, Les.  This won’t happen to you.”

The day before he died, he told one of the physicians, “That’s OK, doc. You did the best you could.”

At the funeral were his friends and business associates, his family members, our friends and associates. My mother spoke of how he hadn’t known love until he became part of her family and how he sought to emulate that behavior as a parent, rather than mimic that of his own parents. I talked about all the things I would remember fondly, like his prediction that Elvis Costello would have no longevity, just like Elton John. My sister talked about his nicknames for her, like Rat and Garbage, which he said in a strange voice, often with his bridge disengaged. And his business partner, Tom, talked about how he couldn’t open a Sweet ‘n’ Low packet without getting the powder on everything, despite how often he’d been taught to shake, then tear.

I don’t think I’ve ever seen a funeral where the mourners wept and cackled. But this was for my father, after all. He was big and bold and loud and hilarious. He was warm and gentle and clumsy and sloppy. One of my friends told me the thing he’d remember most was that Harvey always seemed like he might hug him at any moment.

At the shivah, friends offered more stories, many of them funny. My sister remembered the time he told her girlfriend, “You could lose some weight.” We were incensed and embarrassed, but the girlfriend? She said it made her feel like part of our family. And despite our flaws, it’s the best company I have ever kept.

While we laughed and ate and shared our memories, I couldn’t help but think how sad he would have been to miss this gathering. He’d have been in his element. So I will do my part to keep his gaffes and guffaws alive in my memory.

I may even ride in two lanes, for old time’s sake.

You can read Leslie F. Miller’s real eulogy for her father here.

Miller is the author of Let Me Eat Cake (Simon & Schuster, 2009) and a book of poetry BOYGIRLBOYGIRL (Finishing Line Press, June 2012). She has postponed her nervous breakdown until Wednesday, October 17, after her 50th birthday and her appearance in the Lit Show on October 11th at the Creative Alliance. 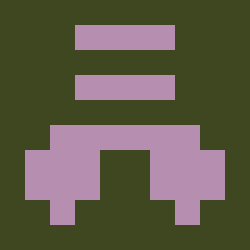