How to cast your vote in Maryland, D.C. and Virginia on or before Nov. 3 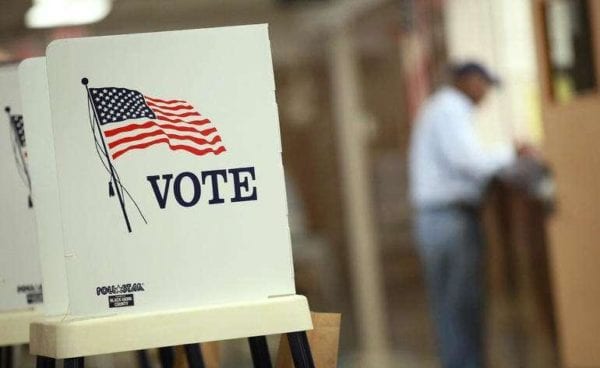 With confusion looming over voting amid the coronavirus pandemic, several states have announced plans to make it easier to vote in the upcoming general and local elections on Nov. 3.

END_OF_DOCUMENT_TOKEN_TO_BE_REPLACED

The three students at Frederick Douglass High School grew up amid the violence and trauma that plague the city, where crime can begin to feel routine. Yet when a shooter fired a gun inside their school on Feb. 8, 2019, they were stunned.

“I did not believe what was going on,” Jaionna Santos said.

“It was surreal,” Bryonna Harris added.

As they tried to find answers, the students came to see that the violence that they accepted as inevitable should not be considered normal. So on April 10, 2019, they told their stories to the Baltimore City Council. Their effort was a catalyst for the Elijah Cummings Healing City Act.

END_OF_DOCUMENT_TOKEN_TO_BE_REPLACED

Nolita Project checks in with teenagers looking for support

Larry Thompson, a junior at Reach! Partnership School, in the the Clifton Park area, counts at least nine friends who died in the last two years—shootings, stabbings, a car crash, a drowning.

“I’ve been losing friends back to back,” he said.

These teenagers deal with trauma every day.

Deaths are announced over the school intercom.

END_OF_DOCUMENT_TOKEN_TO_BE_REPLACED

In most barbershops, you might find posters that show style trends or magazines stacked on tables. But in New Beginnings barbershop, what stands out are student artwork on the walls and stacks of pamphlets promoting art exhibits and health screenings.

New Beginnings is not just a place for a trim. It’s also a place where you can address health concerns and trauma that stem from violence in Baltimore.

“I had to start doing things to address the issue of senseless violence, starting with myself, as well as others, that brought forth the urgency to unite barbers and beauticians with much more depth,” New Beginnings owner Troy Staton said.

END_OF_DOCUMENT_TOKEN_TO_BE_REPLACED

Only 10 percent of investors in Maryland’s cannabis industry are people of color, according to data from the Mayland Medical Cannabis Commission.

This figure illustrates the extent to which minorities are excluded from participation in Maryland’s medical cannabis industry, maintaining that those who profit most from medical cannabis do not represent those most often prosecuted for possession both before and after decriminalization.

END_OF_DOCUMENT_TOKEN_TO_BE_REPLACED

A decade after Great Recession, home values in some communities remain underwater

The Great Recession that fueled a mortgage and housing crisis more than a decade ago has faded from memory for most Americans. But not for millions of homeowners–mainly in rural and minority communities–who continue to struggle with depressed home values and underwater mortgages.

And now, worries of a new recession brought on by the coronavirus crisis could compound their troubles.

END_OF_DOCUMENT_TOKEN_TO_BE_REPLACED

Growing old in prison: How Maryland is working to ease the path to release for a low-risk, high-cost population

Ask him, and Stanley Mitchell will proudly tell you he works 12 hour days.

Over the last seven years, the 71-year-old Charles County resident has held a sweeping assortment of jobs, sometimes juggling multiple at the same time. It’s a big change after spending close to 40 years ping-ponging around the Maryland prison system, serving time for driving the getaway car in a homicide—a charge he denies to this day.

Mitchell is one of 199 people serving life sentences for violent crimes to have been released on probation since 2012, when Maryland’s highest court ruled them entitled to a new trial in an effort to remedy the flawed instructions given to the juries that convicted them. At the time of their release, members of this group ranged from 51 to 85 years old and had spent an average of 39 years behind bars.

END_OF_DOCUMENT_TOKEN_TO_BE_REPLACED

Baltimore City generates more than 430,000 tons of municipal trash annually, most of which is incinerated. But the city hopes to change this by dramatically reducing its food waste by 2040.

END_OF_DOCUMENT_TOKEN_TO_BE_REPLACED

This spring was supposed to be Jade Greene’s time to get noticed.

A shortstop for Bishop McNamara High School since her freshman year, Greene has been waiting for her junior season to gauge the interest of college recruiters.

END_OF_DOCUMENT_TOKEN_TO_BE_REPLACED

Cancellation of spring sports a tough call for student-athletes

Student-athletes across the college sports landscape are faced with tough realizations and a new challenge amid the current COVID-19 pandemic as seasons have been stripped away and preparations begin for next season, which remains up in the air.

Winter and spring sports came to an end with the National Collegiate Athletic Association’s March 12 decision to cancel any remaining schedules. For winter-sport athletes, that meant their postseasons would be cancelled, and for spring athletes, more than 75 percent of their seasons were wiped away.

“I remember that week of practice,” Loyola Maryland men’s lacrosse senior Peter Swindell told Capital News Service. “Everyone was trying to focus, but their minds were all somewhere else.”