One of Governor Hogan’s key messages is that “Maryland is open for business.” His commitment to fiscally responsible growth should be commended. However, his arbitrarily pulling-the-plug on large projects with profound long-term benefits calls into question the State’s reliability as a business partner. In this case, I refer to State Center.

The State Center development project is a prime example of how the current administration’s actions are anti-business, particularly for Baltimore. State Center is of vital interest to this city. After ten years of approvals from both elected representatives and the community, the current administration has rescinded its prior approvals for the project with little explanation of why and no viable alternative remedy. A prolonged mediation effort between the developer (full disclosure – I am a minor partner on the development team) yielded a recommended settlement that the State rejected outright. In an apparent move to unwind the State’s obligations, the Board of Public Works rescinded the previously approved State office leases in order to kill the project. Governor Hogan’s actions indicate his unilateral decision to walk away from the State’s contractual obligations.

As a business owner in Baltimore, this raises profound concerns.

The first, and perhaps most obvious concern, is that the state turned its back on its own vision for State Center (set forth during the Ehrlich administration), a plan that’s been recognized repeatedly as the best option for Baltimore for more than ten years, spanning two republican and one democratic governor’s administrations. State Center made sense when the state issued the original RFP. It made sense when the State chose the developer to design and execute the project. It made sense as political administrations changed. It made sense through the recession and on the other side. And it makes sense now. To walk away from a project that would create jobs, housing, a supermarket, healthy office space for state employees (who are lingering in documented “sick building” work spaces), and retail, and all the tax revenue it would generate, isn’t illogical. The State is choosing a weak argument on immediate expense while ignoring the value of long-term investment in economy, community, and basic well-being. Edmund Burke, the father of modern conservatism, is turning in his grave at this reneging of moral [contractual] obligation to provide for future generations.

Equally importantly, the state turned its back on its own contract with a private business in Baltimore. Rather than engage the public-private-partnership (P3) team in good faith to improve this nationally recognized project, they delayed, obfuscated, and misled the developer. At the most basic level, P3’s yield attractive financing terms and substantial risk mitigation by combining the wherewithal of both the public and private sectors. This project secured attractive bond financing predicated on the State’s bond rating AND the expectation that the State would uphold its contractual obligation to perform. The State, for valid reasons, assessed and approved this project considering the potential impact to its bond rating. Now it is backing away. How does a developer secure a bond or conventional financing, at any interest rate, if it cannot rely on the State to fulfill its obligations and perform on its contract? And if the State wanted to renegotiate this (or any) contract, wouldn’t the right approach include transparency in its intentions and engagement with its partners?

If Maryland is truly “open for business,” then it must meet its obligations. The cornerstone of good business hinges on the private sector’s ability to trust the State when it enters into contracts. As Tom Peters is often quoted, “There is no such thing as a minor lapse in integrity.”

Michael Furbish is the President and Founder of Furbish and a partner in Ekistics, the developer entity.

The opinions expressed in this article are the author’s own and do not necessarily reflect the view of Baltimore Fishbowl. 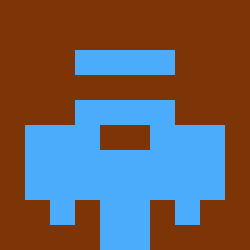