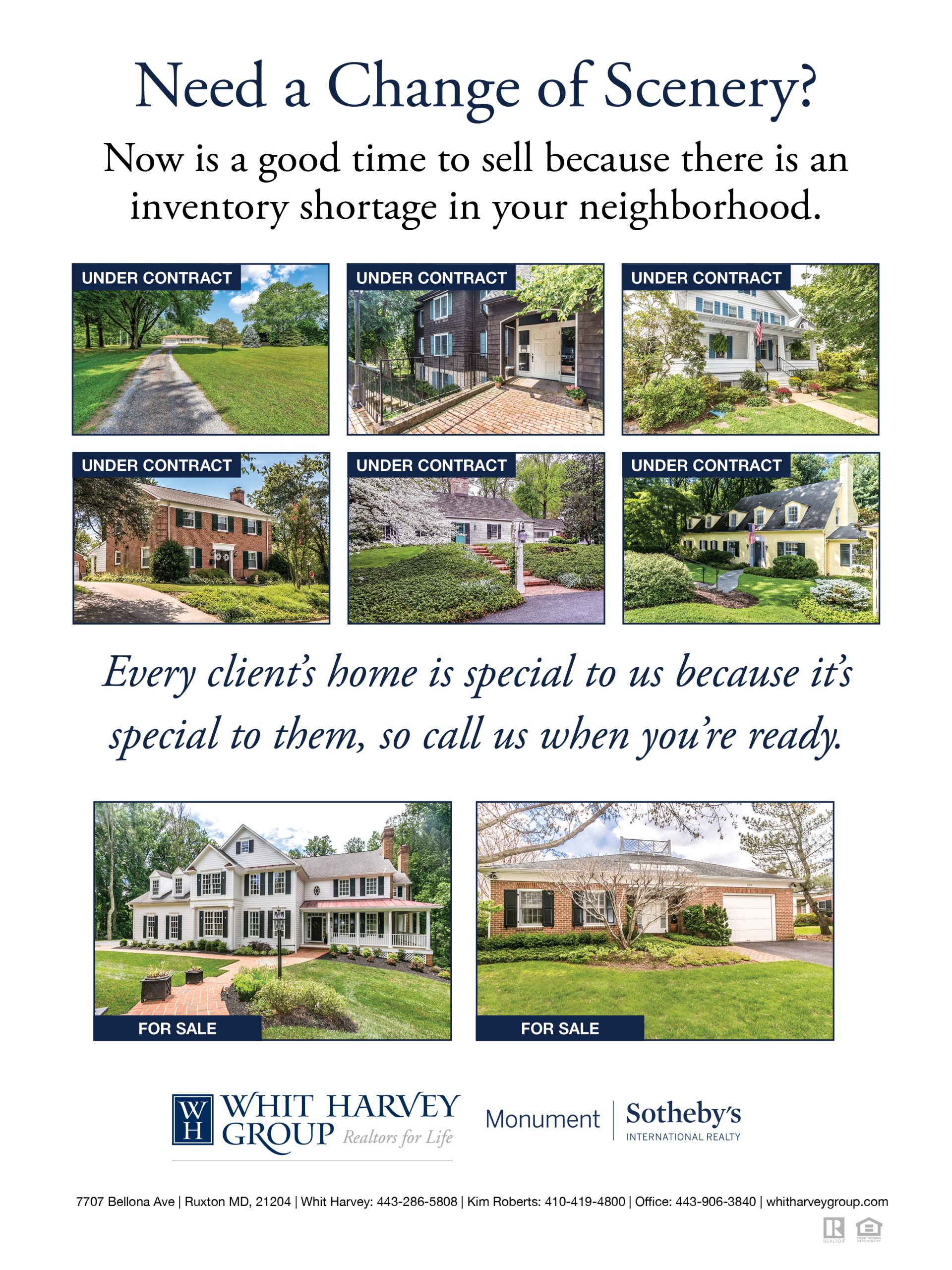 By
Ed Gunts
-
October 13, 2020
1
It’s not often that an entire row of buildings in downtown Baltimore comes up for sale, but that’s what happened this month when nine properties in the 200 block of Park Avenue went up for auction and triggered a flurry of last-minute bids.
END_OF_DOCUMENT_TOKEN_TO_BE_REPLACED 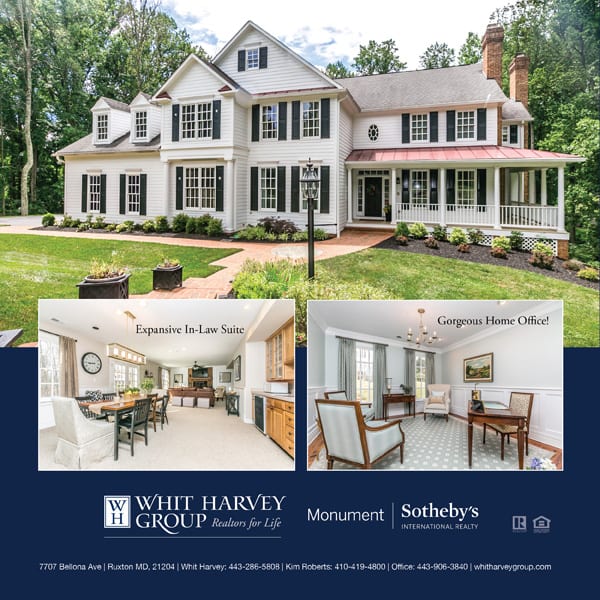 State extends the deadline to apply for property tax credit

Governor Larry Hogan today announced that the Maryland State Department of Assessments and Taxation (SDAT) is extending the deadline to apply for 2020 Homeowners’ and Renters’ Property Tax Credits from October 1 to October 31.

END_OF_DOCUMENT_TOKEN_TO_BE_REPLACED

In 2016, Baltimoreans organized to demand community investment from a developer seeking one of the largest subsidies in city history.

Sagamore Development had planned a brand-new mixed-use waterfront neighborhood that would host a corporate campus for Under Armour, one of Baltimore’s biggest business success stories. In pursuit of a $535 million package to finance roads, rail, parks, and other public improvements at Port Covington, the developers appeared at a Baltimore City Council hearing, displaying projections that Under Armour staff would quadruple over two decades and saying, “It’s grow here or grow somewhere else.”

Community leaders and citizens showed up by the hundreds, buoyed by the civic energy that had followed Freddie Gray’s death a year earlier. Many objected to what they saw as inequitable development: the city’s repeated use of financing packages to spur development of downtown and waterfront neighborhoods rather than the city’s poorer sections.

The city and Sagamore struck a deal in September 2016 after months of acrimony over whether the package was truly beneficial to all city residents or a giveaway to a well-connected developer. Four years later, Baltimore is about to learn whether lofty promises about affordable housing, jobs and minority investment will come true.

END_OF_DOCUMENT_TOKEN_TO_BE_REPLACED 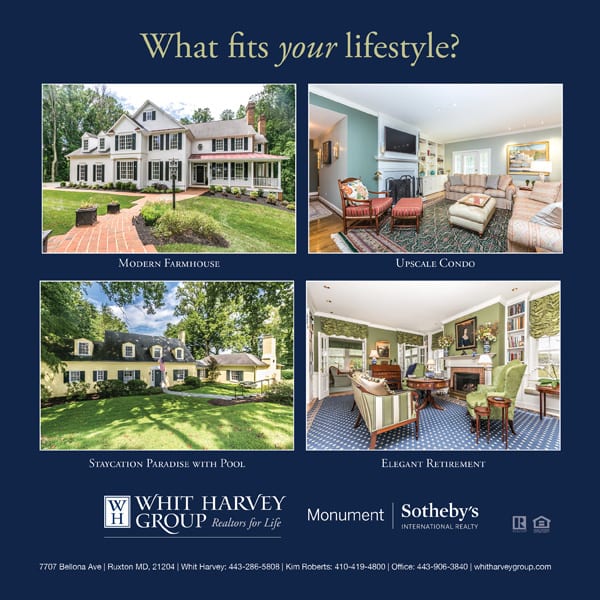 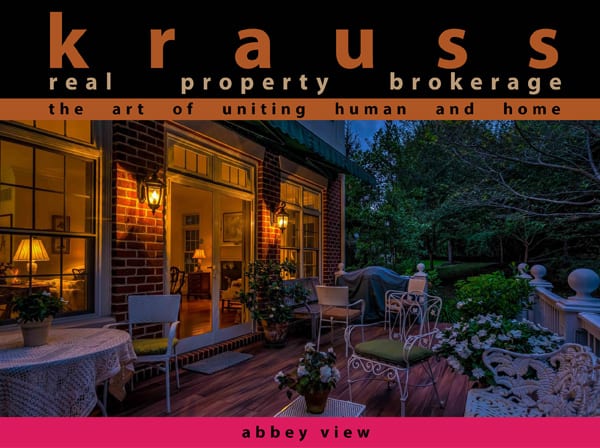 Live authentically. Light abounds. Coveted end unit in the desirable Cloisters community. Relish the distinctive garden party aesthetic. Wall of glass allows you to flow seamlessly to ample terrace with quality retractable awning. Commune with nature rain or shine. Surrounded by lush greenery which offers a layer of unusual privacy in the heart of Ruxton. Be delighted by the sounds of songbirds. Inviting entry. Magnificent and spacious. Enduring architectural materials used throughout. Expansive cooking and gathering spaces anchored by a crackling fireplace. Handsome elevator that services three levels of luxury living. Indulgent owners suite with woodland views. Decadent dressing room. Neutral palette beckoning you to infuse it with your style. Finished lower level with endless possibilities. Embrace easy living at its finest. Minutes to everywhere that you want to be. The art of uniting human and home. Cultivate your existence.

END_OF_DOCUMENT_TOKEN_TO_BE_REPLACED 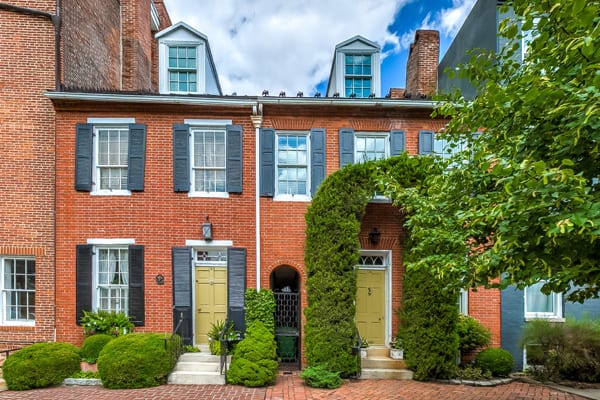 Located on a cobblestone street, overlooking Baltimore’s Inner Harbor, sits this remarkable Federal Hill home. A masterful combination of two Federal era side-by-side townhouses offers seven bedrooms, some with separate sitting rooms, and all with en-suite baths. Two half baths occupy the main level along with two formal living rooms, dining rooms, kitchens and a handsome central room where the two homes seamlessly merge. On the upper two levels you will discover the bedrooms of the 1790’s along with 7 baths and multiple tucked away spots to read and relax. Every room has convenient access to decks, balconies, patios and gardens.

The restoration/renovation stayed true to its 1790’s Federal period. Georgia pine floors, four working fireplaces with period accurate mantels, lofty ceilings, plaster walls, moldings and original staircases. The tiered decks provide sweeping cityscape views and a view across the Inner Harbor to the National Aquarium. The double English gardens are a delight to the senses. Lush greenery and flowers seem to be perennially in bloom. This is a one of a kind labor of love.

END_OF_DOCUMENT_TOKEN_TO_BE_REPLACED 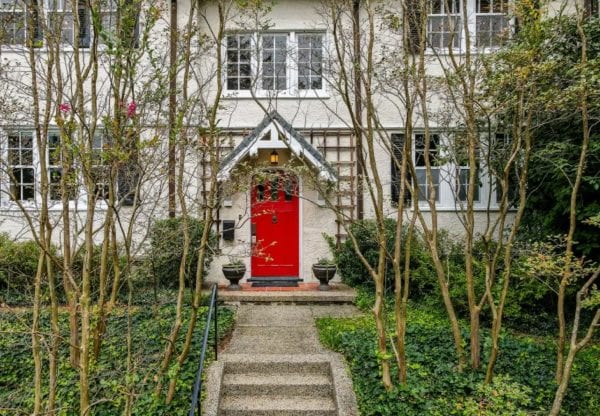 Hot House: If you know early 20th-century residential architecture in Baltimore, then you understand the special place that Palmer & Lamdin have in shaping the look of Roland Park, Homeland, Guilford, and Original Northwood. Their houses are sought after and treasured by architectural aficionados for their thoughtful details and signature touches.

END_OF_DOCUMENT_TOKEN_TO_BE_REPLACED

Every property has something very special to offer on magical Gibson Island! 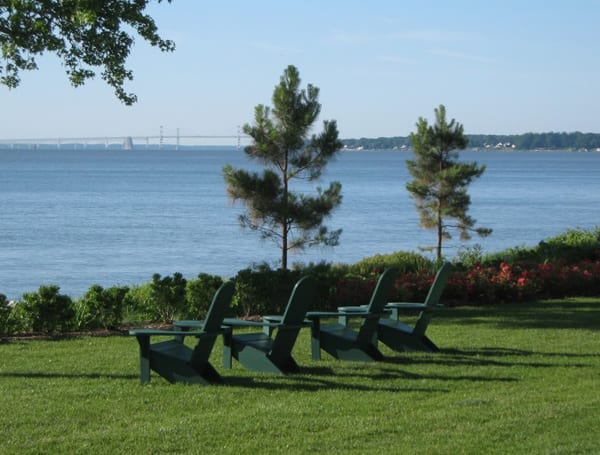 Absolutely extraordinary setting – 1000 acres with seven miles of shoreline, two-thirds of the land undeveloped and owned by the Gibson Island Corporation, one third residential home sites. Click here for a spectacular video tour of this gorgeous paradise, located less than an ho 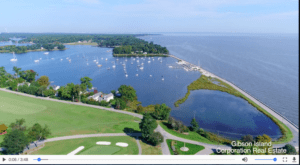 ur from Annapolis, Washington D.C. and Baltimore. Situated on the Western shore of Maryland, with no Bay Bridge crossing and close proximity to BWI Airport and the Amtrak Train Station! The Island is home to a 44-acre fresh water lake and features a private country club (membership by invitation) which offers fine dining, golf, tennis, yachting, and swimming as well as a fitness center, croquet, skeet shooting, garden club, summer camp and more. Boaters will love the full-service yacht yard. A staffed gatehouse and the Gibson Island Police Department ensure privacy and security. The Island also has a museum detailing the Island’s unique history and a Service Department that offers a variety of services to Island homeowners.
©Gibson Island Corporation

Check out this wonderful Gibson Island home for sale!