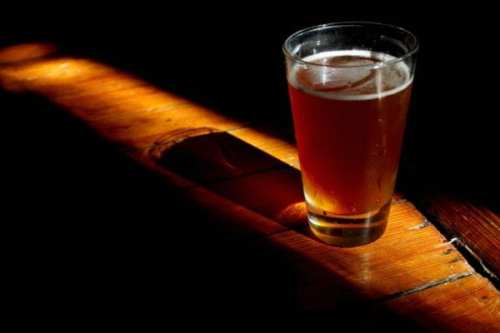 The state’s comptroller held a press conference today at Union Craft Brewing’s soon-to-open Union Collective Space in Medfield to unveil his proposed Reform on Tap Act of 2018. The bill would axe beer production limits for breweries and caps on taproom and take-home sales, open up liquor-licensing options for microbreweries, allow local governments to set their own hours for taproom operations and more.

He plans to introduce the bill during the upcoming legislative session.

“We simply cannot ignore the fact that our laws and regulatory framework have stood in the way of their limitless potential,” Franchot said of Maryland’s craft breweries.

Beer was a popular topic during last year’s session, thanks largely to the pending arrival of Guinness’ new brewery in Baltimore County. After international beverage giant Diageo announced plans to open up a production outpost in Relay, lawmakers scrambled to pass a new law opening up production limits that would allow the famed Irish beer maker some flexibility.

But while the new measure expanded the number of barrels a brewery could produce from 500 annually to as many as 3,000, it included a compromise with wholesalers that requires beer makers putting out more than 2,000 barrels to buy the last 1,000 from a wholesaler at a marked-up price. It also allowed existing breweries to keep their current hours, but enforced stricter (earlier, that is) hours for new breweries.

Franchot responded critically, launching a task force to study the issue, and provide the research that has now bolstered his proposed bill. He said today that the limits set by the new law from last session “go against every tenet of market capitalism.”

Joined at the mic by Union Craft co-founders Adam Benesch, Jon Zerivitz and Kevin Blodger, he pointed to the trio as the “face of progress,” saying they have “flourished despite – in the face of – statutory and regulatory impediments that have made it harder for this industry to do business in this state.”

Benesch noted that according to an economic impact analysis completed by Maryland’s Bureau of Revenue Estimates with figures supplied by the industry, every barrel of beer made in Maryland has 54 percent more economic impact than an imported barrel. But, he said less than one in 10 beers consumed here in 2017 is Maryland-made.

“We all need to work together to grow Maryland’s beer industry to its greatest potential,” he said.

Franchot lamented what he argues is the result of stifling beer policies: Virginia has attempted to steal breweries away, coaxing them with looser laws governing beer production and sales, and companies like Flying Dog have backed out of plans to expand production.

“Doggone it, we ought to start welcoming, appreciating, thanking this unbelievable sector,” Franchot said.