Usually, this time of year, music lovers look back over a summer of great outdoor concerts and music festivals, while eagerly pouring over the fall schedules for their favorite concert series. COVID-19 has put a damper on live performing leaving both audience and artist starved for performances. There are still some places where you can hear great local music, albeit mostly online, while also supporting local artists.

For all of you getting a little stir crazy looking for something different to do, or want to keep your entertainment dollars going to local artists and venues, here are a few ways you can get your local music fix.

1) No need to get dressed up, the Baltimore Symphony Orchestra is coming to you this fall.

Although its regular fall concert season has been canceled, the BSO has been overhauling the tech at the Meyerhoff to provide high-quality live streaming classical, pops and family programming soon. In the meantime, they will be premiering their “Sessions” series this October. While this new series won’t feature live concerts, it will feature a more documentary style view of the BSO with a more in-depth look at the players, process and music.

There are three episodes lined up for October. The first, The Return featuring BSO Associate Conductor Nicholas Hersch, ran on Oct 7. Also premiering this month will be Unexpected Journeys featuring composer and violinist Jessie Montgomery on Oct 21, and Hidden Treasures featuring BSO Assistant Conductor Jonathan Rush on Oct 28. Episodes will be $10 pay-per-view or $20 for a monthly pass.

2) The Creative Alliance has you covered.

Whether you’re sick of the screen or not quite ready to venture out, the Creative Alliance has programming for you. Its “Sidewalk Serenade” series is an opportunity to literally have local musicians come to your front door. For $75 (+$4 service fee online) you can book local musicians to play a short concert for you, or anyone else in the city (provided there’s access to power). You can find the October line up here, but hurry up, time slots are fill up fast!

Is that still a little too close for you? Don’t worry, Creative Alliance’s “Virtual Front Row” series features the killer artists you’re used to seeing on their stage streaming with high-quality audio and video, right onto your computer or mobile device. The shows start at 8 p.m., $8, $6 Members (+$3 service fee) | $15 Supporter.

This is just the tip of the iceberg, they have so much more programming, including a bunch of workshops on everything from dance, ukulele, guitar and more!

Spontaneity, creativity and improvisation are woven into the fabric of jazz, so it’s no surprise that two of Baltimore’s most beloved jazz venues have been streaming live concerts from so many local musicians.

With its pink wingback chairs and living room meets concert hall vibe, An Die Musik Live has been a staple in Baltimore’s music scene since 2005. Even pre-pandemic, An Die Musik was a lean operation without a bar or big staff, so now despite COVID keeping doors closed, they’ve been able to offer nearly as much online programming as before.  Though mainly known as a jazz venue, they feature a wide variety of music. There will be a whopping 12 streaming concerts in October, which is too many to list here so check out their calendar. Ticket prices range from $0-7.

Keystone Korner may be a relative newcomer to Baltimore, but its high-end dining experience and big-name performers quickly made it one of Maryland’s premier jazz venues. While they’ve had to scale back both as a venue and as a restaurant, they are still offering some great music, both streaming online, and while the weather holds out, live from their outdoor patio seating. Tickets start at $20 for live events and $10 to stream. Upcoming performances include Rufus Roundtree and the B’more Brass Factory and Cyrus Chestnut & Affirmation. The food is top-notch with a price tag to match, but they do offer a killer happy hour weekdays 5-7 p.m.

4) Looking to join in the fun?

Is your banjo sitting in the corner just gathering dust? Did you pick up the mandolin back when quarantine hobbies were all the rage, but haven’t been able to show off your pick’n? Not only has there been a lack of places to go hear live music there has also been a severe lack of opportunities to jam! That is why Brad Kolodner of Charm City Junction will be hosting an old-time jam session online every other Tuesday starting Sept 29. Pre-COVID, Brad, along with his father Ken Kolodner and other Baltimore old-time musicians, hosted an every other Tuesday jam session at the Five and Dime in Hampden which had become a real cornerstone of the region’s old-time music community. Whether you’re a beginner or a seasoned pro, you’ll be able to play and learn along with some of the region’s best players.

5) You can’t spell Baltimore with DIY…

OK, the “D” and “Y” are silent and invisible, or maybe just implied given that Baltimore has always had been home to musicians and artists who just make it happen. With most venues closed, some Baltimore musicians have decided to take matters into their own hands.

Local pianist and Steinway artist Lura Johnson has been hosting Bruch with Bach every other Sunday, where she performs selections from the vast keyboard repertoire of J. S. Bach, proving that telecommuting isn’t just for the suits. Bassist Ed Hrybyk has been hosting the Charles Porch Concerts every Wednesday, 7 p.m. at the corner of 27th and Calvert, while pianist, Aaron Hill has been taking his Street Serenades all over Baltimore. Both offer great jazz outside, so take advantage while the weather is still good.

Local performers will continue to innovate and find ways to bring you the entertainment you crave, as long as people continue to support them. Let’s keep them working by patronizing their efforts and spreading the word. Do you have a local performer whose work you want to lift up during the pandemic? Share it with us!

Joe Magar is a professional musician and current graduate student at the University of Baltimore. Originally from the Detroit area, he has lived in Baltimore since 2011. 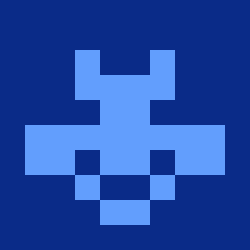 Joseph Magar
Joe Magar is a professional musician and current graduate student at the University of Baltimore. Originally from the Metro Detroit area, he has lived in Baltimore since 2011.