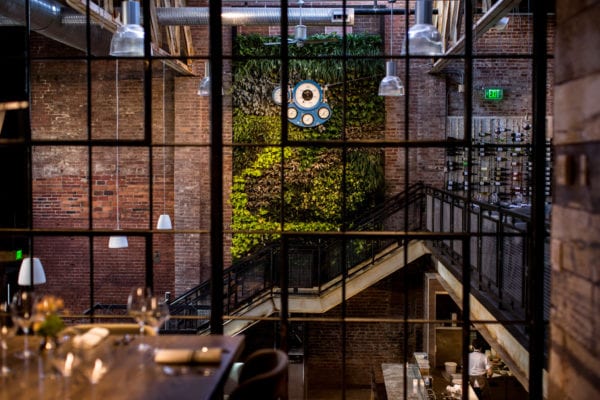 Summer is upon us and this year, and the new season brings lots of news in the Baltimore restaurant world, from openings and closings to fun festivals. Here’s a look at what’s coming up:

Openings & Announcements
Bolton Hill has a new restaurant. The Tilted Row officially opened its doors on McMechen St. on June 10.

Coelum is slated to open July 1 in the former home of Gitan Bistro Cru in Canton.

According to the Baltimore Business Journal, a sign at the entrance of The Elephant announced that the restaurant has closed. Following a brief recent closure, the Mt. Vernon restaurant reopened, but was apparently unable to gain the foothold it needed to stay open long-term.

Della Rose’s on The Avenue in White Marsh is closing its doors. The restaurant is going out with a bang, though; it will host a big farewell party on Saturday night.

Ropewalk announced this week that its Federal Hill location will temporarily close while it undergoes renovations. When it reopens later this summer, it will have transformed into a family-friendly spot, complete with a duckpin bowling alley.

Celebrate the Solstice
Saturday is the summer solstice and there are lots of ways to celebrate.

The Maryland Science Center’s Solstice Fundraiser Gala is always a great party, with music, drinks and tons of food.

At Burnt Hill Farm, a collection of local natural wine producers will come together for a joint Summer Solstice Festival. The party, which will take place under a circus tent, includes art, food, music and wine.

Maryland Foodie Fest, sponsored by the Restaurant Association of Maryland, will take over Leidos Field at Ripken Stadium in Aberdeen. The event will feature food and drinks from tons of local purveyors.

Right in the Inner Harbor, the Chesapeake Crab, Wine & Beer Festival will celebrate seafood and drinks–two near and dear to Baltimoreans’ hearts.

Rye Street Tavern festivities
Rye Street Tavern is busy this week! Weekly summertime cookouts start this weekend. Every Saturday through July 13, the restaurant will host a cookout on the lawn featuring one-day-only specials, live music and an outdoor barn.

And on Thursday, Rye Street teams up with RAR Brewing for the fifth installment of its Brewer’s Dinner series. The evening, which takes place in the restaurant’s Barrel Room, features four courses, each paired with an RAR beer. The pairings include beer-steamed littleneck clams with orange, fennel and coriander paired with (and steamed in) Country Ride Pale Ale.

Montebello Market
The Market at Montebello, a new monthly event, is back on Saturday with everything from yoga to skincare products to composting lessons to dairy-free brownie sundaes (and more). The market, which takes place along Lake Montebello, runs from 9 a.m. to 2 p.m.

Rosé in the Garden
Rosé in the Garden, an afternoon party in Preston Gardens hosted by the Downtown Partnership, takes place on Sunday. The event includes bites from downtown restaurants, including Points South Latin Kitchen and Sobo Café and tunes from DJ Cory Banks. And, of course, rosé!

Baltimore on “Chopped!”
You might have heard that, last week, Cunningham’s chef Jay Rohlfing won the Food Network cooking competition show “Chopped!” That came on the heels of an earlier win by David Thomas, chef/owner of Ida B’s Table. “Chopped!” fans won’t have to wait too long to see another Baltimore chef make his way to the show: On July 2, Ed Evans, the executive chef at Live! Casino & Hotel, will compete.

National Catfish Day
There really is a holiday for everything. Case in point: June 25 is National Catfish Day. Topside in Hotel Revival is celebrating with a special menu of catfish appetizers and entrees, including catfish croquettes and catfish brandade.

Bourdain Day in Baltimore
You may have heard that friends of the late chef, writer and host Anthony Bourdain will celebrate his life on June 25, which would have been his 63rd birthday. His friends are inviting people to share memories of the chef and his impact to celebrate Bourdain Day.

There are a couple ways to honor the chef, who spent part of his early career in Baltimore.

At Gunther & Co., Chef Jerry Trice will offer a special a la carte menu inspired by some of Bourdain’s travels, as chronicled on “Parts Unknown” and “No Reservations.”

The Maryland Food Bank is taking the opportunity to gather people together to talk about hunger in the state and how people can help eradicate it–honoring Bourdain’s efforts to foster conversation and bring people together.

Planning Ahead
Here are a few events to look forward to over the next few weeks:
July 3: Tacopalooza at La Food Marketa
July 14: Bastille Day at Petit Louis
August 10: Flower Farm Dinner at Two Boots Farm