We weren’t always a family of four. We used to be a five-some: my mother, my father, my two younger brothers, and me. But that was before, before my father turned from a loving husband into a jailer—before he brought my mother down, not only with his fist but with his words. By the time we got out, the damage had been done.

Moving to Baltimore happened because a great aunt of my mother had promised her a fresh start. Which is what we got. A fresh start to try to heal our wounds. My mother went back to being a substitute teacher, until Lemuel’s separation anxiety took hold and trapped my mother and him inside our apartment. He couldn’t go to school—the fear of her never returning locked him down. He needed to keep her within his eye sight. He claimed her. Eventually, we ran out of money to pay our bills and a notice on our door informed us that our time was up.

First Rule of Being Homeless: Make the best of the situation.

The first night was cold. Beneath my body, the tile floor was freezing and hard, but after a whole day of carrying my cherished belongings from the Alameda to White Marsh, I fell asleep at the feet of my mother and two younger brothers, their watchdog. At some point during the night another mother had taken pity on us, the newcomers, and gifted my mother with a blanket that she used to cover herself and my brothers. But not me.

The next morning, I was up before dawn in preparation for a journey over two hours into the city, back to school.

“I’ll meet you near your school,” Mom said, before we went our separate ways. My brothers were dependent on her to show them how to use public transportation. I was a veteran. Years prior, Mom had put me on a bus and sent me on my way alone.

At school, I complained about the cold floors and my long journey, but it was the only time I would complain over the course of the next three years. “My back is killing me,” I told my friends in a dramatic tone, “sleeping on the floor sucks.”

County homeless shelters would turn out to be less helpful than their city counterparts. The county offered hard tile floors; if you were a part of the lucky dozen, you got a cot. The city offered a bed, and as long as your belongings were at the foot, in a heavy-duty trash bag, this was your very own home. In county shelters, you had leave during the daytime on weekends, but same thing at the city shelters in shadier sections of Baltimore. On days when we didn’t have money for the bus, we walked around until the shelter reopened its doors.

I swore to myself that never again would I be homeless or place my belongings in trash bags.

Second Rule of Being Homeless: Don’t get attached to your belongings.

There was no such thing as moving between shelters. When my mother was finally able to get us into a shelter in the city, it came at a heavy cost. We didn’t have time to return to the county shelter to gather our things before the city shelter closed their doors. My mother chose for us. If you didn’t return to the shelter one night the county shelter assumed that you were gone; they would toss your belongings in the garbage, making room for another family.

My mother only told me this after I’d pestered her for a few days about our belongings. My school-owned textbook and in-progress manuscript were among the trash. And only then did my mother alert my school of our living situation. A woman from administration came and pulled me from my English class and into the hallway.

After she spoke with me briefly she said, “Good, you’re not a nail biter.”

Third Rule of Being Homeless: Don’t be afraid to ask for help.

During this time, my brothers weren’t real people to me. They were just extras on the movie set of my life. But this changed. Lathan, my youngest brother, and I bonded over our growing hatred of our other brother Lemuel who was the reason we were homeless. Lemuel was violent, like our father, and had to be placed into Pratt on more than one occasion. Not long after we settled into the second shelter I got lost on my way back from school. I had gotten off the bus too early and had no idea where I was. The only thing in sight was a building that required me to talk to the receptionist before being buzzed in. At the age of 15, I should have been ashamed to be lost; or I should have felt something other than panic and fear over having my family displaced because I was lost. The police were called and somehow they figured out which shelter I was supposed to go to. The police were kind to me and gave me a ride. It was not the first time I had been in the back of a police car. I thought for sure when I arrived my mother would be there to comfort me. Instead, I was told that my mother had taken Lemuel to the hospital because he’d had a breakdown of sorts.

Fourth Rule of Being Homeless: This is going to bring your family closer or tear them apart.

Normally I was not a part of the intake process for my brother—until one night I was. It was time that my brother busted another boy’s eye by throwing a shoe at him. I was sure that this would be it. We would be kicked out and on the streets. Displaced, again, because of his issues. My mother never disciplined him, always assuming it was his mental illness at fault and not him. But I could tell the difference, even then. Twenty hours went by while we waited for the doctors to take him in.

I learned a lot about how mental hospitals work: If there isn’t a bed, you have to wait for days at a time until one is empty. And they can never tell you how long the wait will be, because mental illness isn’t something you can predict. In those 20 hours, Lathan and I found ways to entertain one another, strengthening our sibling bond while the other bond was weakening.

Fifth Rule of Being Homeless: Be prepared–there is always something around the corner.

Third time was the charm. A room, with a lock, for our whole family to share. Two beds. Mom and I slept together on our sides. We were both so thin that we fit with plenty of room to spare. The stress from the first shelter had left me popping mouthfuls of Tums for the heartburn that would develop into acid reflux. Eventually, they stopped working and I stopped trying.

I was not the only one who developed health problems from the stress. I came “home” to be informed by the workers that my mother had been hospitalized. Being the oldest, I got out of school earlier and arrived first. I went upstairs to our floor’s shared bathroom and allowed myself a five-minute cry. In the absence of my mother, I would be the one my brothers depended on. My mother being in the hospital also meant that we couldn’t stay at the shelter. No adult, no entry. I collected myself.

For the first time in years, family came through, a cousin of my mother taking us in. The uncle in New York who’d been withholding my mother’s inheritance for the last decade or so came down to visit her in the hospital.

The doctor informed us that my mother’s undetected high blood pressure was causing her kidney’s to shut down. Only fifteen percent functionality was left in both combined. The doctor told us that she was not likely to make it without surgery, but because of her religion she wouldn’t take blood. My uncle believed the doctor was only trying to scare us into urging her to take blood.

On one of my many visits, my mother had begun to vomit uncontrollably. Fear took hold of me and I fled to the hallway to find a nurse. I had seen many from the corner of my eye walking up and down the hallway, but now there was none in sight. Panic brought me back to my mother’s room where a nurse was now aiding her.

Sixth Rule of Being Homeless: You’ll always be afraid of it happening again.

Seven years later my mother is still on dialysis, but has recently put herself on the transplant list. While one brother no longer lives with my family due to his violent and abusive actions towards us, the other still lives at home is about to graduate from high school. While I, in a sense of true irony, live in my own apartment across the street from shelter number three. I have found my own home. 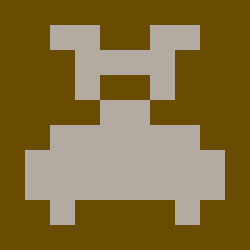