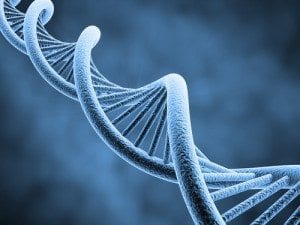 A first-in-the-nation bill to limit when law enforcement can search consumer genealogical databases in connection with a crime unanimously passed the Maryland House and is advancing in the Senate.

HB240 would ensure that databases storing genetic information of individuals, like GEDmatch, provide notice to their consumers that their DNA could be utilized for this purpose and obtain consent from them.

GEDmatch is a service that compares DNA data files from different testing companies, notably used by law enforcement to arrest a man, later determined to be a rapist and murderer known as the Golden State Killer, in 2018.

The bill also establishes a narrow list of crimes that are eligible for the use of this technology, such as murder, rape, kidnapping, human trafficking and a felony sexual offense.

“This bill sets up a first-in-the-nation legislative framework for the guardrails around the use of forensic genetic genealogy by law enforcement,” said Del. Emily Shetty, D-Montgomery, sponsor of the House bill.

The crux of HB240 is providing a balance between the legitimate law enforcement use for certain crimes and the protection of individual privacy rights, Shetty said in an interview.

Additionally, the bill would require officers to go before a judge to get permission before they  begin a genetic genealogy investigation.

Two years ago, Sydnor introduced a bill that would prohibit the use of this technology at all, but since then, Sydnor and Shetty worked with a panel of professors, geneticists, law enforcement and state attorneys in a workgroup to create the bill that is here today, Sydnor said.

“(This bill) is important because we want to make certain that there’s a balance between public safety and our constitutional right to privacy,” Sydnor said.

John Fitzgerald, chief of Chevy Chase Village Police Department, testified on behalf of Maryland Chiefs and Sheriffs Associations in support of the bill.

They were stridently opposed to the bill two years ago because it would prevent law enforcement from using “extraordinarily important science,” Fitzgerald said.

Not only can this technology identify the perpetrator of one or more violent crimes, it also can remove suspicion from others so they don’t convict the wrong person, Fitzgerald said.

However, after the workgroup, the Maryland Chiefs and Sheriffs Associations support the bill because it enables them to continue to use the technology while protecting privacy, Fitzgerald said.

While he doesn’t love everything about the bill, it’s good, he said.

Fitzgerald has participated in a lot of legislation, but this is the first bill he’s been a part of where legislators did a “fabulous job” at bringing together a challenging and diverse group of people, he said.

Advocates hope that this bill is a model for other states and the federal government, Sydnor said.

This week, the House bill advanced in the Senate, and may receive final approval in an upcoming voting session.

If passed, the bill would take effect on Oct. 1.