I move into the other room to read. The Farter does a bit of martyr-sighing of her own, heaves herself to her feet, and follows me down the hall.

When the noises from the bedroom finally cease, we make our way back in. The Snorer has his back to the door — the reason he has stopped snoring. The Kicker has flung her entire body onto the pillows. Her head is buried under her dad’s. Her feet rest where my head belongs. I cover them with another pillow, and slide into what’s left of my place. My eyes close and I try to regulate my breathing down to a sleep-welcoming rhythm.

The Farter begins to pace. Her toenails click loudly across the room. She whuffles in agitated bursts. Then she makes her move. An exploratory front-footed jump onto the bed. And down.

She lands on the foot of the bed with a grunt and begins to pant loudly. We’re in for some rain — the Dog Barometer has spoken.

“It’s fine, just relax,” I instruct myself. It’s no use. I can’t sleep with an agitated Farter on the bed. When she’s scared, she doesn’t notice whom she steps on. If she hurts my baby in an attempt to hide from the rain, I’ll have to kill her…so, hyper-vigilance it is. My concern is completely valid.

All 85 pounds of The Farter begin to creep up between us almost immediately. I hold her back with a stiff-arm to the face, but she shakes me off and lunges forward. In a few quick moves, she has her giant nose buried under the pillows — directly under The Kicker’s body. She shakes and shivers in a very Something Wicked This Way Comes fashion. Sigh. Her amateur dramatics are highly believable, but the air outside is still. The night is quiet and calm. The Farter remains unconvinced. Her belly rumbles again, and she burps then licks her lips in a manner that suggests that she may throw up soon.

Damn it. Oh well. Now I’m up. If she’s going to barf, she can do it in the living room instead of on my bed. Of course, now her stomach is silent and she sleeps peacefully at my feet. I am left to type alone in front of this cold, blue screen in the wee small hours of the morning.

I wonder if my spot is still even partly available?

Last week, my old-guy cat made it into the garage. While this sounds entirely innocuous, for him, this is a major win. Once he’s in the garage, he can climb Mt. Junk. From the lofty heights of Mt. Junk, it’s just an easy leap to the top of the extra fridge then a quick scramble into the “attic,” his version of heaven. The space is too low for a human to fit inside, but is ideal for cats and (damn it) birds. Said birds have gained access by knocking out tiny screens sloppily glued over old ventilation holes. If we were even vaguely responsible homeowners, we’d take care of this and not allow birds into any portion of our home. Instead, we have to be who we are. The birds love us for it; so does the old-guy cat. He will lay in wait for hours.

Last week’s excursion was rowdier than usual. My almost-three-year-old daughter and I were acting silly in my room when a commotion of epic proportion arose above our heads. We heard big thuds, wild flapping and general bird hysteria.

“What was that?” my lovely asked.

“Um…” My eyes got shifty and I sidled down the hall toward the garage.

Right on cue, I heard the thump of a cat making his way out of the attic. Like a sucker, I opened the door and poked my head in. “Rowr,” said my old guy, Bing. He was perched on the fridge…with a bird in his mouth. I gave one of those dumb, breathy half-screams that are completely unhelpful, and slammed the door.

Of course, my daughter had followed me, and I gave another tiny yelp as I whirled away from the door and almost tripped over her.

“What was that?” An honest question.

“Nothing,” I lied. Her face grew suspicious and a bit perturbed — she was on to me.

I’ve told myself from the time of her birth that I would not lie to her for my convenience.

“Well, Bing is out there, and he has a bird in his mouth.”

“No, honey. Bing caught the bird and it can’t fly anymore.”

After deliberating, I opened the door again, and Bing was right there.

“Murouf!” he yelled at me through a mouthful of dead sparrow and made a move to bring his treasure inside.

I slammed the door again. Then, in a stupor of horror and avoidance, I actually opened then closed the door several more times.

I finally decided on a course of action. I would herd the cat out of the garage through the door to the backyard. Bing could decide himself what to do with his prize. I convinced the kid to stay in the house and made my move. It took a minute to manage because I did not want to have any contact with the bird, and the cat didn’t want to go outside, he wanted inside. But I am larger, and I have opposable thumbs.

Once Bing was out, I made ineffective shooing motions with my hands — I wanted him as far from our seven-foot picture window as possible. He dug in and began making odd noises. I realized that at some point during this madness, he had managed to get the damn bird stuck in his mouth. Seriously?! I grabbed him by the scruff of the neck and began to shake him. It was awful. But he finally managed to spit it out. Gack.

I made my way back inside for some more uncomfortable life lessons with my no-longer-a-baby. I wrapped it up as quickly as I could with my own brand of platitudes: “Cats are gross,” “Bing’s not bad, he’s just acting like a cat,” etc. Another giant sigh, and I settled her in front of a movie so that I could put on what passes for makeup around here before we left for the park.

A few short minutes later, I heard my daughter muttering to herself.

Crap. I was so relieved that our awkward conversation was over that I actually managed to forget that the damn cat was right in front of the window. I rounded the corner to find the apple of my eye pressed against the glass as her beast-at-heart cat ate — nay, devoured — a bird not three feet away. Mother of the Year!

Rachel Doyle is a massage therapist turned stay-at-home mother in San Antonio. Her diverse skill set makes it sound plausible when she tells people that she’s raising an adventurous daughter. In reality, she is mildly addicted to the Internet, and hopelessly in love with her family. She occasionally tells stories about their adventures on her blog, “Diapers, Dogs, and Cooking in Heels,” but she’s more likely to be found outside teaching her urban offspring to walk barefoot on the grass and chase butterflies. 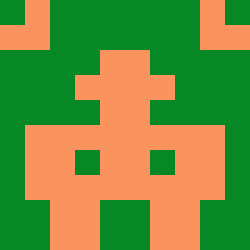