Starting a relationship with a younger man when you’re trying to have a child on your own as a 40-something single woman can lead to some odd moments: odd as in sit-com funny, as in strangely coincidental, as in painful.

Like the time you explain to him that you’re trying to get pregnant but then ask him to use a condom.

Like the first time you make love: You have, just that morning, paid $110 for a small vial of frozen sperm and been inseminated by a nurse under fluorescent lights.

Like secretly hoping he’ll agree to father a child the normal way even though you know he’s only 26. Meanwhile, you’re 43 and your time is running out.

A 2010 article in The New York Times told the unlikely story of three women who faced 40 with no man in sight. The first of the three chose an anonymous donor, but before she could use the sperm, met a man with whom she had a child. She passed on the sperm to a friend, to whom the same thing happened. That woman passed it on to a third: same result.

None of them had the odd experience, apparently, of doing it the old-fashioned and the artificial way simultaneously. But then, the men they met, had children with and eventually married? Pretty much the same age, it seems.

When Michael and I decided, on a March evening in 1991, that we were more than friends, we had not even — Believe this! It’s true! — kissed each other. But we did share things we thought the other should know. Mine was that I had been, for the last year or so, trying to get pregnant through artificial insemination.

He should have run out screaming, but he might have been too young to know what could befall him. My journal for the next eight months is full of references to Clomid, daily shots of Pergonal, ultrasounds, and the anonymous blue-eyed blond donor I’d nicknamed “Sven.” One Saturday night in June, we had what Michael called his strangest date ever: to the University of Connecticut Health Center so I could get a shot of hCG, which triggers ovulation.

What the journal also records: Disappointment. Sorrow. Grief. Pain. No baby. Not then, not later, after we married and tried the old-fashioned way.

Too old? Maybe. But I didn’t stop hoping until I turned 50.

Those three women who got pregnant wrote a book about their happy endings called Three Wishes. In one of the book’s blurbs on Amazon, a reviewer writes: “Three Wishes proves life is still a mystery and nothing, if we want it badly enough, is impossible.”

It’s true that life is a wonderful mystery, a shower of unexpected grace and delight, as Michael and I have discovered. But here’s what I’ve also learned: hoping for something — wanting it badly — can lead to action that may be empowering, but sometimes it is not enough.

Sheri Venema is a journalist and teacher who has worked at newspapers in Maryland, Connecticut, Minnesota and Arkansas. She lives in Baltimore’s Hamilton neighborhood with her husband and two dogs; she and her husband chronicle their age-gap relationship on himplus17.blogspot.com. 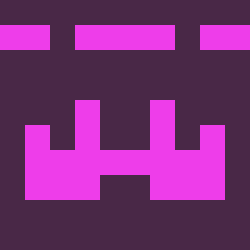