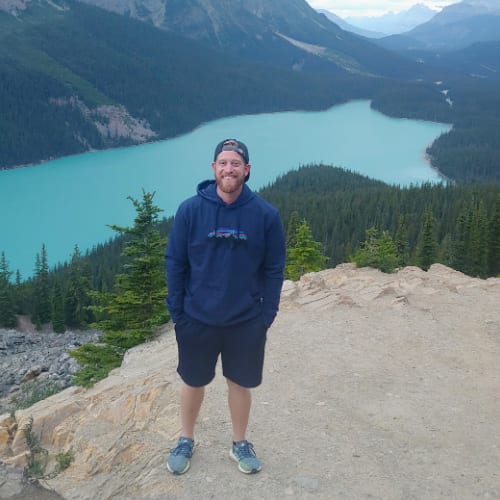 Zac Plotkin looks back fondly at his 14 summers spent at Capital Camps. It was there that he made lifelong friends and garnered the experiences that would later guide him towards his current career path.

In fact, camp made such an impression on this young professional that in his junior year at Towson University, this human resource management major decided to make Jewish camping his profession.

Today, Zac works as an Engagement Coordinator at Camp Airy & Louise. He also participated in E3, a teen professionals’ network, through the JCC, where he hopes to blend what he learned with his ability to connect with campers and the greater community.

What was something you learned while participating in E3 that you never thought about before? I learned that I have a large network around me that can help solve problems in multiple situations. The networking opportunities and connections I made were the most valuable things I was able to take away from E3. I was surprised there were so many people in different positions and organizations willing, and happy, to help.

How can you apply the program to your career? One of the things I learned from the peer consultancy protocols were tips for working with parents. A lot of the E3 cohort members were parents of kids who attend or attended Jewish summer camps. They had ideas of how to present issues to parents that I had never thought of before this session. It is not something a summer staff member has to deal with, but as a full-time Jewish camp professional, I have more significant responsibility.

Latest posts by The Associated Contributors (see all)