I have this memory of being about four years old in our old sun porch with my father and my new friend, Garrett Kennedy. I always referred to people by their first and last names back then as if I was unsure whether my parents, the only people I ever talked to, would believe they existed otherwise. In my memory, Garrett is dressed like a G.I. Joe with a tiger-striped scarf. I look tiny in my turtleneck and paper Indian costume. But I know that is not how we were dressed. That image is from a Polaroid my grandmother took years later on Halloween, in a different room, in a different house. The photograph still exists in a messy box in one of the houses where pictures of our family are still kept. We have divided ourselves a few times since the day in my memory.

I can remember for sure that it was the first time Garrett had ever come to play with me. I am not sure if anyone had come to visit me before that. People had visited my parents and my older sister, but nobody had come for just me. I was nervous. I’d just finished showing Garrett the bucket of tadpoles my sister and I had collected from the reservoir. Most of them were already dead, but I didn’t know that yet. I don’t think Garrett did either.

We were playing with action figures in a way I didn’t understand, but went along with anyway. Garrett liked to set up strategic battles, moving troops in relation to one another as the action unfolded. I had always just smashed them into each other head-on to indicate they were fighting. I could tell Garrett was more sophisticated than I was, even without knowing the word. My father was sitting on the other side of the room watching us. I worried that he could also tell.

After the war grew boring for both of us, there was an awkward lull in our play date. I wanted to show Garrett something that I liked, but I wasn’t sure what to show him or even if the things I liked were any good—I suspected they were for babies and that I was the biggest baby of all. I doubted that anyone would like me if they knew what I was interested in.

I took Garrett just outside the door of the sun porch and showed him the bucket of dead tadpoles again. I also showed him our golden retriever, whom he’d already met when he first came in and who was fast asleep now anyway. I had the feeling my friend was unimpressed.

Back inside, I consulted with my father. We spoke very quietly on the far side of the room so Garrett wouldn’t hear us while he poked around at my toys. I always spoke quietly then, but this time I made sure my Dad did too. We talked about Robin Hood.

Robin Hood had been my recent fascination. I was into the Disney animated version, where the bandit is depicted as a dashing fox. I dressed like him at home; in all green with a hat made from a paper plate I had saved from my birthday six months before on St. Patrick’s Day. I even wore a tiger tail my mother had brought home as part of an Exxon promotional campaign. The tail was supposed to go around some part of your car, your rearview mirror or door handle or antennae, but I was small enough to pull the stretched-out elastic band around my waist. I never wore this outfit at school or around other children except for my sister. I never even mentioned Robin Hood. The movie was popular on home video, but for some reason it seemed inconceivable to my little brain that other boys would be interested in Robin Hood.

I asked my father if he thought Garrett might like Robin Hood. He told me of course, but I shook my head. I was embarrassed to be so shy in front of my father. I didn’t want him to see me being weak, afraid to ask my new friend a question or tell him about myself. I was afraid to look either of them in the eye. I wanted my father to think I was as neat—a word he had taught me—as I wanted my new friend to think I was. On top of that, I had the strong feeling I might cry and I just knew that would make everything worse. I hated myself for how much I cried all the time.

I turned from my father and took a long walk across the room. In my memory, I am still wearing an Indian costume and I have war paint on my face; the room is many paces long.

I thought I could feel my father’s eyes on my back, whether he was watching or not. I got up close to Garrett, who was still examining my toys. I waited for him to look up at me, but he didn’t. He was focused. I worried he had been able to hear us talking about him.

I cupped my hand and leaned forward. I whispered in his ear. “Garrett,” I said. It felt like the loudest thing that had ever left my mouth. I had to take a step back.

If he bothered to look up at me, I never knew it because I was staring at my feet. I was waiting. It was terrible. Hours later (really only seconds) something desperate rushed my nerves and I was whispering in his ear again.

I don’t remember his face or his voice when he answered, but I know he said yes and we watched the movie later that afternoon. It was pretty uneventful.

What I do have a vivid impression of—a memory of the senses, like a bandage pulled, hand over hand, from my mouth—is how proud I felt for asking my question and how much I wanted my father to be proud of me, too. I was going to be an okay person, an adult one day even, now that I had learned how to ask someone outside of my family a question.

My cheeks felt hot when I looked back to see my father’s reaction, but he had already left the room. There was a hole in the air where he had been sitting. It was like a big target you could shoot arrows through.

Timmy Reed is a writer from Baltimore. He has recently published in, or has work forthcoming from, a number of places including Akashic Books, Vol. 1 Brooklyn, Everyday Genius, Metazen, and Atticus Review. He edits the What Lit section of What Weekly magazine and recently published a collection of stories, Tell God I Don’t Exist. His novel, The Ghosts That Surrounded Them, is forthcoming this winter from Dig That Book, Co. Learn more here.
This piece was originally published online at Everyday Genius. 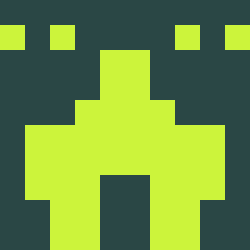