In honor of the back-t0-school season, writer Avery Caswell reveals the worst bad behavior from her grammar school days.

I was born first and consequently saddled with the typical traits of the firstborn: rule-following, approval-hungry, and hugely self-critical. At age three, soon after my little sister’s arrival, I realized I had been cast as the smart sister and she the cute and funny one. My sister was a cute and funny baby, then a cute and funny toddler—especially when she held a strip of cotton under her nose like a mustache and went around ho-ho-ho-ing like Santa. After she broke her collarbone, she was cute and funny even in a bulky, figure-eight cast, wearing my old green sweater and posing as the Incredible Hulk.

I learned how to draw and play the piano and was reading before kindergarten. Once school started I was all about the √+’s, the A’s and then the A+’s. Being cute or funny didn’t occur to me.

By fourth grade I had assembled a respectable rock collection and decided I wanted to be a geologist. When I asked for a rock kit for Christmas, my family teased me unceasingly, asking what on earth I was going to do with a “rocket.” The rock (i.e., geology) kit did appear under the tree, and I happily commenced with all sorts of experiments that involved mortar and pestle, litmus paper and test tubes.

By fifth grade, my straight A’s translated into some serious perks: I was appointed a member of the safety patrol.

I took my duties seriously, clad in my fluorescent (visible in the pouring rain from a mile away) orange safety patrol belt. It wrapped my waist and slashed across my chest from right shoulder to left hip and featured an official-looking silver badge. I also wielded a five-foot long bamboo pole from which hung an equally orange flag that said STOP! Before becoming a crossing guard, I had been used to looking down, always scanning the ground for unusual geological specimens. Safety duties forced me to look up, and from my post there was quite a lot to see. On the after-school patrol shift, I watched my sister dump her second-grade papers down the sewer, keeping all her D’s a big dark secret. I didn’t tell our parents—just threatened to—so she was pretty much at my mercy for six weeks until the first report cards came home. I also watched, with amazement, women mowing their lawns. At our house, mowing was my dad’s job, something my mother wouldn’t be caught dead doing. Delores Wilson mowed her front yard on a diagonal while wearing a blue bullet bra (think Madonna) and short shorts.

Mrs. Wilson wasn’t the only woman whose husband didn’t mow. From my post, I could see the Klingles’ house, a ranch, low slung on a slight hill. It made sense to my fifth-grade rational mind that someone like Mrs. Klingle, who looked like a horse, lived in a house called a ranch.

Everything about the woman was oversized; she was long-limbed and broad-hipped with a large head and a long face. Even her lips were big and cast a bit of a shadow over her chin.

Living on a hill made mowing a challenge, one that Mrs. Klingle was certainly up to. She mowed with equine determination, pushing her mower with the opposite but equal force of a mule pulling a plow. What set her apart wasn’t what she wore, but rather what she didn’t.

If you ran into Mrs. Klingle at the grocery store, or saw her at church, you recognized her by her hair. It swirled atop her head and swooped around her ears like Tang-colored cotton candy.

Her real hair, I discovered, was the only thing about her that wasn’t oversized. She pulled it into a scraggly ponytail to keep it off her neck while she mowed, and even a half block away I could see stripes of bare scalp.

The Klingle family had four children, twice as many as most of their neighbors. One of the daughters went to my school, and one day Mrs. Klingle volunteered for cafeteria duty.

It must have been a Tuesday or Thursday, because I remember eating a bologna sandwich with mustard. (Monday, Wednesday, and Friday my mother packed peanut butter and raisins.) I always had some pretzel sticks and some apple slices, cut by my mother each morning and brown way before noon. That day, some time between the oxidized fruit and some Little Debbie cellophane-wrapped confection, I noticed our lunchroom monitor.

It wasn’t her hair that got my attention. Her wig, that bouffant confection, the color of my safety patrol belt, was securely in place.

It was her outfit.

Mrs. Klingle was wearing a stretchy white knit skirt, cut straight and narrow, and a white knit shell, sleeveless and unadorned, both garments formfitting, revealing every bulge earned from birthing four children. It looked like she was wearing her underwear. Like she’d forgotten her dress. I whispered as much to the girl sitting next to me who whispered it to the girl sitting next to her until our whole table dissolved into uncontrollable laughter, laughter at the expense of this woman with her fleshy lips and horsey head in her bright orange wig and her underwear outfit.

Sweeter than any Little Debbie dessert was the taste of making people laugh. It made me hungry for more. Didn’t she look like a lumpy lit match? A match in her underwear? and practically NAKED! Sherry Ann Turner laughed so hard, milk came out of her nose. My little sister had never made anyone laugh that hard.

Mrs. Klingle heard all the laughter, heard what we were saying—more specifically she heard me. And she told. And for the first time, I found myself in the principal’s office.

The principal, Miss Morgan, tall and thin, stern-faced and no-nonsense, probably a firstborn herself, made me sit in a chair across from her desk.

“Young lady,” she said, “what happened in the cafeteria?”

I sat there wide-eyed, hoping that made me look innocent.

“Mrs. Klingle tells me you were having some fun at her expense.”

To my embarrassment, she repeated some of the things I’d said. How awkward and completely unfunny the word “underwear” sounded coming out of Miss Morgan’s mouth. “Is this true?” she asked.

I shook my head.

Of course the principal was inclined to believe an adult, any adult, over a child. But it was me sitting across from Miss Morgan at her big principal desk, the straight A, piano-playing wunderkind, nose-always-in-a-book, safety-patrol-committed, good girl.

Lying made the back of my thighs sweat. Aside from telling my mother that I always ate every bite of my brown, mushy apple slices, lying wasn’t something I did, any more than making people laugh. Lying made the space behind my eyes ache and it made my mouth feel as if it were stuffed with cotton. But the consequences of telling the truth were too awful to contemplate. The horrible things I’d said would probably go on my Permanent Record. Worse, my parents would find out.

“So you did not say Mrs. Klingle looked as if she’d forgotten her dress?”

I told the principal I’d never say something like that.

Miss Morgan stared at me. I stared back. Maybe she was dismayed that a parent had tattled on a child. Maybe she knew people like me didn’t make fun of other people. Other people made fun of us.

Avery Caswell is fascinated by the moon, drives far too fast, loves dark chocolate and wishes she could remember at least one good joke. 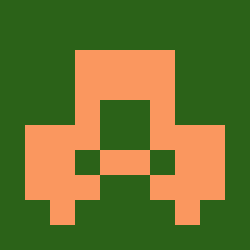