Richard Grungo, Jr. is a member of the New Jersey and Pennsylvania Bar and is a certified civil trial lawyer who concentrates on personal injury cases.

A state administrative law judge in South Jersey has ordered that an injured lumber worker’s medical marijuana should be covered by his employer’s worker’s compensation insurance.

Andrew Watson of Egg Harbor Township, New Jersey, injured his hand on the job while he was employed by 84 Lumber in Pleasantville. Watson learned that he qualified to receive medical marijuana to treat his injuries, and purchased 2 ¼ ounces. But when he learned his insurance wouldn’t cover the expense, he decided to stop using it.

This is believed to be the first ruling in the state to address the issue of worker’s compensation insurance covering medical cannabis. While it remains to be seen what this means for patients throughout the state, other judges may follow the precedent set by Ingrid L. French, who issued the written ruling last month.

“While the court is sensitive to the controversy surrounding the medicinal use of marijuana, whether or not it should be prescribed for a patient in a state where it is legal to prescribe it is a medical decision that is within the boundaries of the laws in the state,” she said.

The defense argued that Watson’s intractable neuropathic pain did not qualify him for medical marijuana treatment, which was prescribed by a doctor other than his treating physician. French, however, found that the ailment was on the list of eligible conditions, and that the prescribing doctor was a partner of Watson’s treating physician and acted appropriately in recommending the treatment.

Attorney John Carvelli, who represented 84 Lumber’s insurance company in the case, said there is no plan to appeal the court’s decision.

The ruling follows a similar decision made by an appeals court in New Mexico in the case of Gregory Vialpando, who was denied reimbursement for medical marijuana following a back injury he sustained in the workplace.

Watson’s attorney, Phillip Faccenda, says the decision may be good for insurance companies, since marijuana is a more affordable alternative to some other drugs that are commonly covered.

“We believe this will offer very powerful cost savings with respect to the entire workers’ compensation industry in New Jersey… More costly pharmaceuticals can be reduced and medical marijuana would be a less expensive treatment modality,” he said. 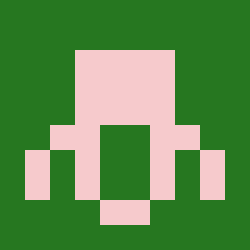