1. That guy who didn’t use a single capital letter, yet lacked an ounce of ee. cummings’ charm, whose profile picture was himself, bare chested. Not at the beach, in swimwear (acceptable, if somewhat smarmy), but in a white towel sarong, à la Weiner (not acceptable). He had a nice chest, mind you, but why I’d want to see it at this stage is beyond me, particularly when accompanied by his lame exclusive use of the lower case.

2. That guy who created an entire dating profile as Captain Kirk, using pictures of Captain Kirk, and answering questions as Captain Kirk would answer them. If you really wanted to date me, dork, you would have at least masqueraded as Captain Picard. I’m obviously not a Kirk kind of girl.

3. That guy who is marked as a 29 percent enemy*, and old enough to be my dad–but not in a good way. Gentlemen, if you are Sean Connery or Robert Redford, you can get away with that and more. Otherwise, please remind yourself that you’re not a Silver Fox and stay within your own age margin. (*Enemy percentage = a measure of how many questions each party answered which differed from what the other person desired their match to answer.)

4. That guy whose one picture is of his bare chest, cropped at the neck, thus appearing headless. I am not only not interested, I am terrified. Why you think that anyone would get a positive first impression from a headless bare chest is beyond me.

5. That 20-year-old. I’m 12 years older than you, son. TWELVE. YEARS. I seem to be headed towards eventual Cougardom, but even then I’ll hopefully draw the line at Can’t Legally Drink.

6. That 54 percent enemy whose entire greeting was “are you a hard person to talk to?” Then two hours later, after rightly assuming I had ignored him, sent another one with “guess its a yes? sorry for offending you.” No sense of capitalization, no sense of the wisdom behind enemy percentages, comes off as hostile in less than 20 words, and for that matter, it’s and its aren’t the same. A real winner.

7. That guy in the full Halloween mask–with no other pictures. This isn’t 1997. Lots of people post pictures of their faces on the Internet. The Internet isn’t new and terrifying anymore, but you are.

8. That guy with a picture of a picnic table as his only picture. See above.

10. That guy with no profile picture whatsoever. Online dating with no picture is like trying to put a teething baby to sleep with a trombone. There are probably blind date websites out there somewhere designed to join together two people too terrified to post their own mugs. By the presence of MY photos, of which there are 10, you know this isn’t that website. 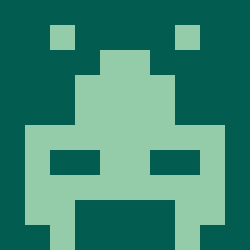