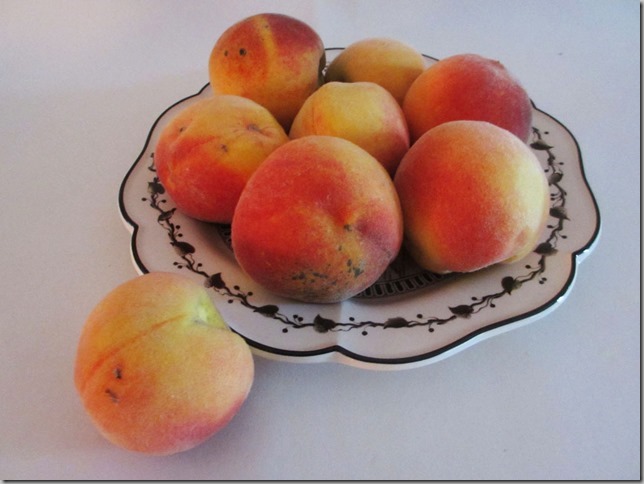 My neighbour, an older Greek man who is the most amazing gardener, brought me over some peaches from one of his trees. While they weren’t the biggest or the most beautiful peaches, I know that they were grown with love, and without lots of chemicals.Since I had just gotten some Maryland peaches the day earlier, I pondered what I could do with them. I remembered last year when Mr. Stephanos had given me some figs, I made fig & bourbon jam from them, so I thought Peach and Bourbon are a great combination, so why not try it.

I hunted around for a recipe, and found a simple one – basically meaning one that meant I didn’t have to leave the house to get any of the ingredients. The recipe came from the Chicago Tribune and it was so easy. 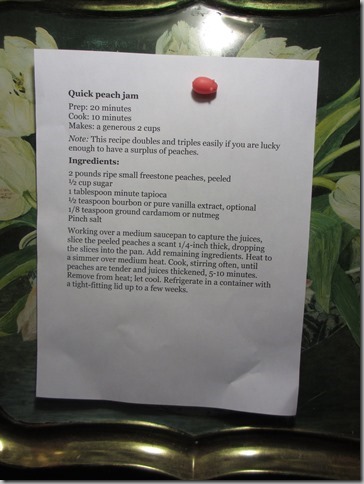 I wasn’t sure how much my peaches weighed, so I just estimated. I also didn’t have any tapioca, so I used some pectin to help it gel.

To make skinning the peaches easier, I did the boiling water/ice bath technique.

Put the fruit/veg in boiling water for about 30 seconds, but not long enough to start it cooking, and then plunge into a bowl of ice-water. The skins will peel right off. This is great for tomatoes, too!

I cut up the peaches, but perhaps not as small as suggested and then added everything to the pot. I added one of the peach pits because, if I remember correctly, they impart some pectin. 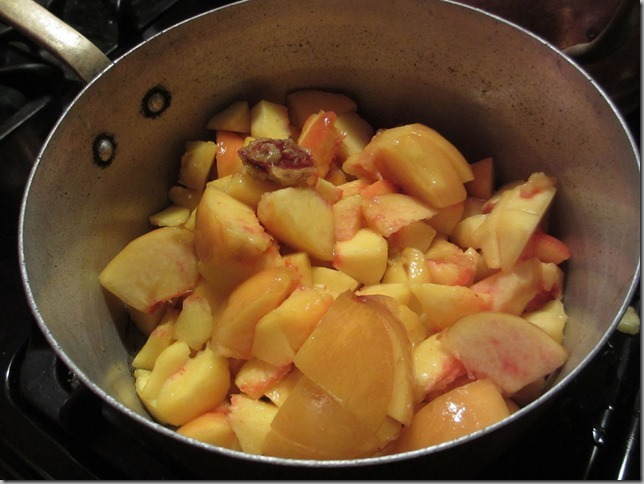 After about five minutes, everything began to boil and soften. Oh, where it says to add a half-teaspoon of bourbon? Ha! It was more like a half a cup. I also used sugar that had a vanilla bean in it. 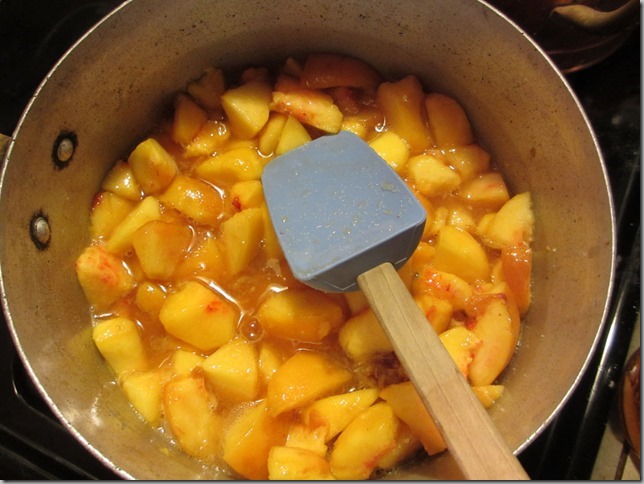 After cooking for another ten minutes, it was really starting to break down, but to hurry it along, I gave it a couple of wizzes with my immersion blender. 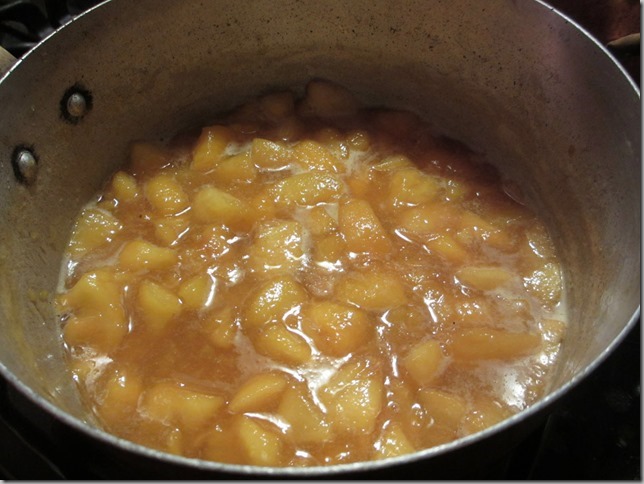 Then I decanted the jam into some of my Weck jars. It was pretty true to the recipe and made about two cups. I got four of the small jars with a 5.4 oz. capacity and one with a 12 oz. capacity. 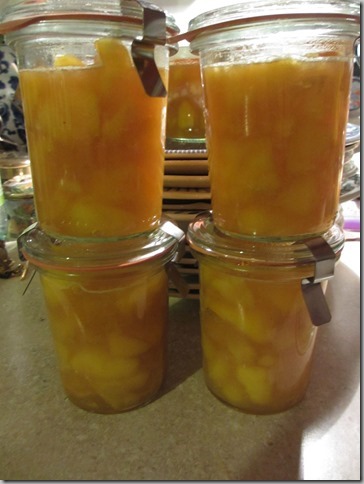 The peaches might be a little chunkier than I like, but that’s okay. I checked the jam/preserves this morning and the jam had set nicely. 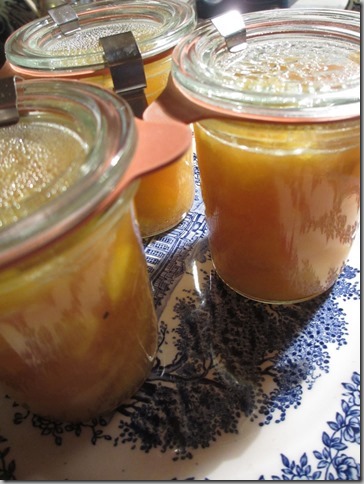 The bit I tasted last night was good, but I think that after sitting a little while, it will be even better!

For the recipe, click on the image to enlarge it, or click on this Chicago Tribune link.