We be jammin’, to paraphrase the old Bob Marley song.

Indeed, I made Drunken Fig Jam from Epicurious. I knew I had a farewell dinner for my English cousins who’ve been visiting for the past few weeks, and thought the fig jam would be a perfect hors d’oeuvre for the dinner. 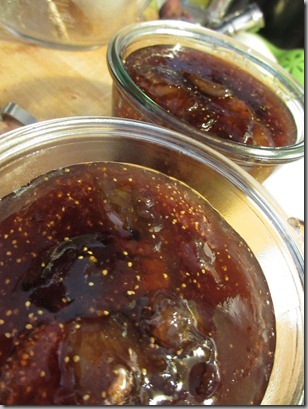 I started the jam at night, mainly because the first step was to macerate the figs in sugar for an hour at room temperature. This brings out the juices, since aside from the juice, the only other liquid is the brandy bourbon.

I cut the figs into quarters, 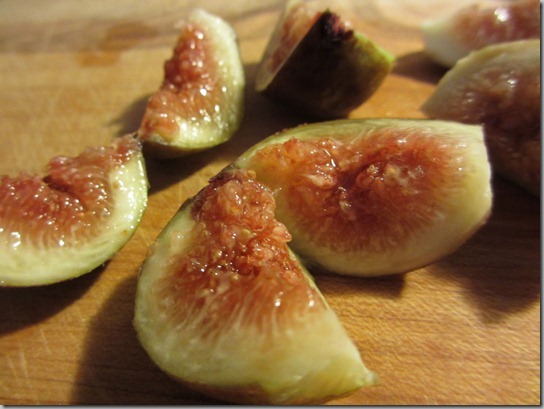 and then added them to the heavy-bottomed copper pot. The recipe called for four cups of sugar, but since the figs were very ripe, I cut that down by about half. 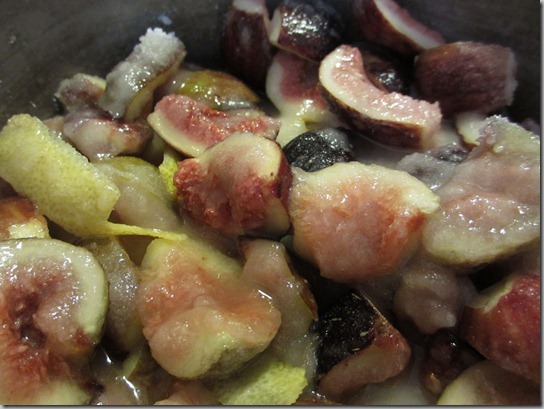 I added the lemon peel and the bourbon, since I didn’t have any brandy, and let it sit overnight. When I looked at it in the morning, it was very juicy. 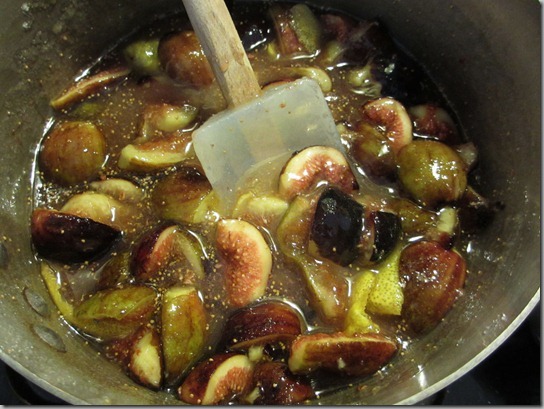 Before I started cooking it, I gave it a couple of whizzes with the immersion blender to break up the figs. The recipe said to mash the mixture with a potato masher, which I do not own. 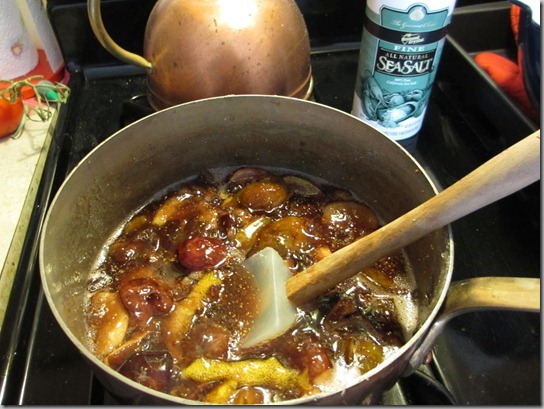 After cooking for about 15 of the 30 minutes, I could really see the texture of the figs begin to break down 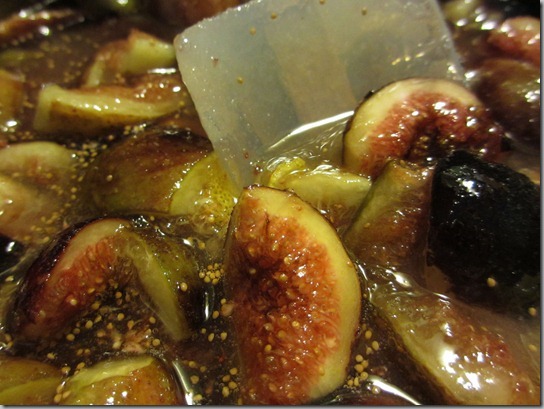 and the colour start to change as it boiled down. 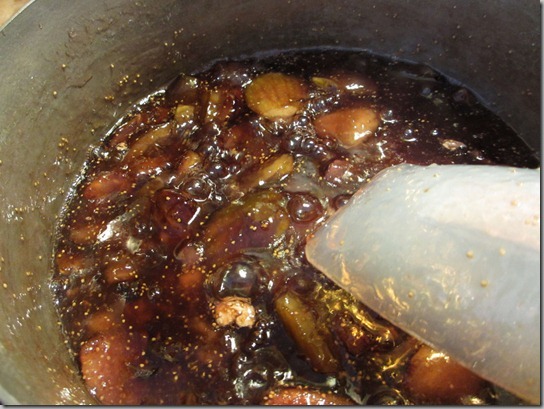 I must admit that I did add about a quarter of a teaspoon of pectin, because I was not certain that the jam would set. In thinking about it now, I probably didn’t need to do this. I also fished out the large strips of the lemon because many of the commenters on the Epicurious recipe said that it was bitter.

It was great to be able to use my Weck jars for their real purpose, instead of for left-overs. I use the 12.5 oz. mold size, which are perfect for something like jam. 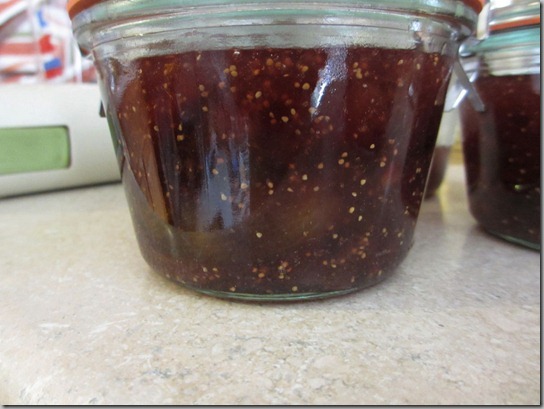 I think that the jam was a success. 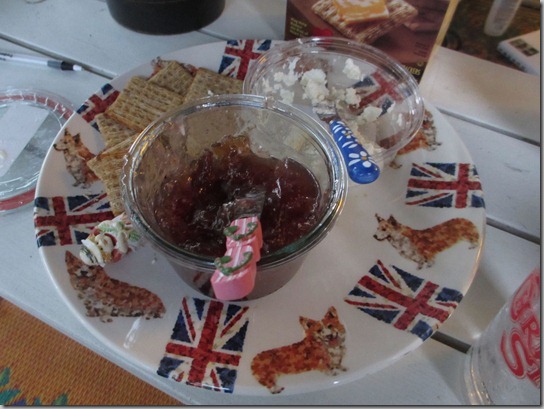 I served it with a locally-made goat cheese, which was a perfect foil for the sweetness of the jam. I should have served it on nicer crackers, but all I had were Triscuits. (don’t you LOVE the plate?)