Karin Riley Porter is an attorney in Virginia who handles cases ranging from DUIs to serious felonies. As a former prosecutor, Ms. Porter has an innate understanding of how law enforcement functions when investigating a crime.

Baltimore City Police are facing criticism for using evidence from aerial surveillance to make arrests without revealing the use of the footage to the defense attorneys in court. In two recent court cases, police used footage from a surveillance plane that collected images from all over the city to track down defendants but did not inform defense attorneys of the use of this footage.

When stating their probable cause for the arrest of an individual, it is common for police to cite information obtained from Baltimore’s CitiWatch cameras which are mounted on streets throughout the city. In the interests of fairness, prosecutors should always disclose the use of this information to defense attorneys so that they understand the case being made against their clients.

But in the two recent cases where aerial surveillance was used to locate individuals who were later prosecuted, the court documents simply mention that the information was “discovered,” according to The Baltimore Sun. (Rector, Kevin. “Court documents in two cases that relied on secret aerial surveillance never mention it.” The Baltimore Sun, August 29, 2016 (www.baltimoresun.com)).

The Office of the Public Defender now wants to know of all other instances in which police relied on aerial footage, in part to determine whether the use violated clients’ rights and also to ascertain whether something in the video footage might point towards a client’s innocence.

According to The Sun, the owner of the Persistent Surveillance Systems, the company that has been recording for the police department, indicated that the company supplied “investigative briefs” for more than 100 cases, but it’s unknown at this time how many arrests were made in those cases. A Baltimore police spokesman declined to reveal how often such aerial footage has been used.

In one of the two cases at issue, police were attempting to track dirt bike riders who assaulted a police officer. The suspect they arrested was later charged with bike theft and traffic violations, but he was not charged with offenses relating to the assault. In the second case, the police statement of probable cause mentions video footage taken at street level, but does not reveal that police used aerial footage to locate the defendant.

The Public Defender’s Office objects to the police department’s secret use of aerial footage, comparing it to the department’s use of stingray cellphone simulation technology for which they’ve filed a federal complaint.

While the State’s Attorney’s Office in Baltimore revealed that evidence from aerial footage is under review in five current cases, the office has not indicated how many closed cases may have involved the use of such evidence.

Those involved in past or current criminal cases which might involve the use of undisclosed aerial surveillance should consult an experienced attorney to investigate their rights. 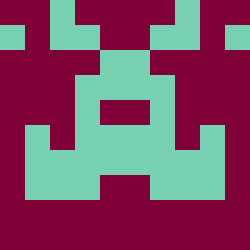