Joining teams like the Atlanta Falcons and our very own Baltimore Orioles, the Baltimore Ravens announced today they are cutting prices on 21 food and beverage options at M&T Bank Stadium.

It’s still cheaper to tailgate of course, but think of it this way: It’s now easier on the wallet to keep riding your pregame buzz.

Some other notable drops: Nachos went from $7.75 to $5, stadium hot dogs dropped from $5 to $3 and a helping of chicken tenders with fries went from $11 to $7, cementing its status as the best meal deal in the stadium.

The team broke down all the changes, what it is calling Flock Friendly Fare, in these handy graphics: 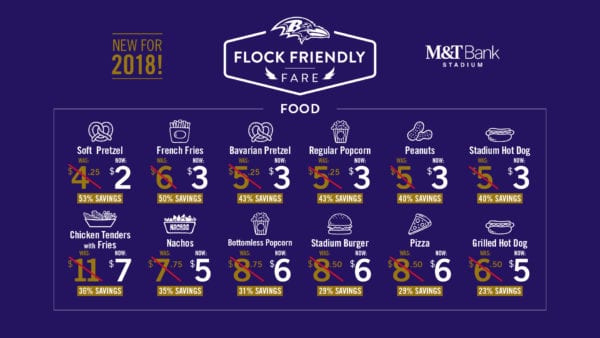 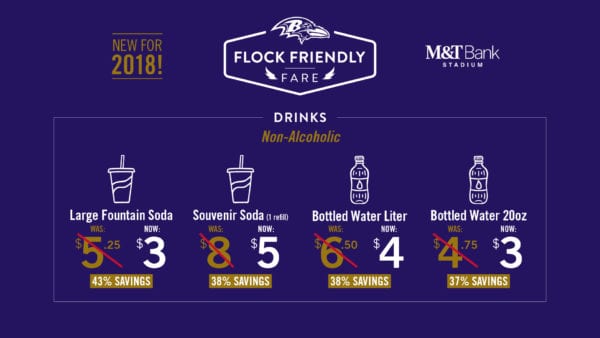 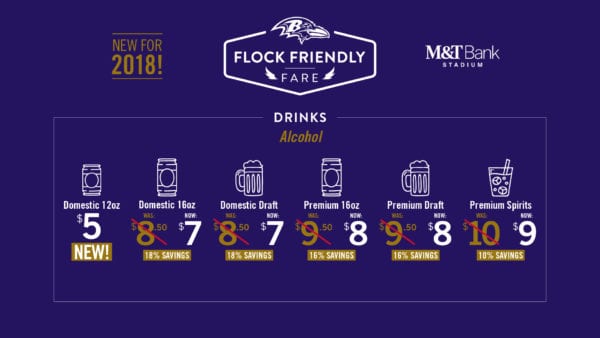 The move comes in addition to a three-year, $120 million investment in the stadium, adding elevators and escalators to the 500 level, new suites and video boards in the upper deck and a new sound system. Construction of these improvements is ongoing, and will continue following the 2018 season, the team said.

“We constantly ask our fans for feedback, and the price of concessions has regularly been discussed,” Ravens president Dick Cass said in a statement. “We listened, and we have made adjustments. This price reduction, along with the $120 million we’ve invested in stadium enhancements over the last three years, will make our gameday experience better.”