Our community could only watch as Governor Hogan slipped a last-minute agenda item into the final Board of Public Works’ meeting of 2016, pulling the plug on the State Center Redevelopment Project. With little explanation and no public comment, the State of Maryland flushed a project down the drain, taking a lot more down with it than most realize.

The 25,000 Baltimore residents affected by State Center saw the opportunity to build an urban village on the blighted parking lots of State Center go down the drain. The State Center redevelopment project would have offered the people of West Baltimore a chance to walk to work, to shop for weekly groceries, to sit in a park, grab a cup of coffee or to catch public transit to a crosstown medical appointment. It would bring our community together.

The team of developers brought something new to the table as well. The plan wasn’t just another design by Plank, Angelos or Paterakis. It was created by a diverse team of local faces, and African American and female-owned development teams. It would have been the first project of this magnitude in Baltimore to be managed by a minority team. Just imagine the inclusionary statement Baltimore could have made to its residents.

In canceling the project, the Governor raised the specter of violating Maryland’s debt affordability limits and jeopardizing the state’s bond rating.  Highly debatable and at odds with what the state’s auditor and the Treasurer herself previously concluded.

We cannot let the promise of a revitalized State Center with new jobs, millions in private investment, and a mix of dynamic housing, retailers and State agencies be carelessly thrown away due to politics. A city desperate to find funding for crumbling infrastructure and to upgrade its schools is losing millions of new tax dollars each year with the end of the State Center Project. Governor Hogan has tried to end this dream and break that promise. Can he come back to the table for the good of all the citizens of Maryland?

Developing a new plan will not come at the snap of a finger. The plan we have now is the result of hundreds of community meetings, two administrations, and ten years of work. The options were not just explored, they were scrutinized, piece by piece with a fine-toothed comb.

If the Mayor and City Council are listening, the only way to maintain State Center is the privately financed plan Governor Hogan wants to discard. Even if he wanted to, Governor Hogan couldn’t redevelop State Center on his own. The State’s Capital Budget does not have room for the hundreds of millions of dollars it will take to build new facilities to replace the obsolete ones. The prior two Governors knew this.

Since State Center cannot be fixed with public funds, Governor Hogan will ultimately dump the abandoned complex in a “white elephant sale,” leaving Baltimore to deal with the bottom-feeding developer who wins it.

For now, Governor Hogan is simply scattering the State Center employees around the state outside of “Democrat-friendly” Baltimore while we wait and wait for the next plan.

The opinions expressed in this article are the author’s own and do not necessarily reflect the view of Baltimore Fishbowl. 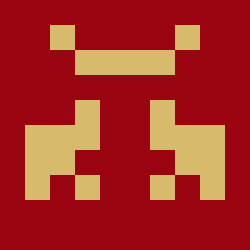