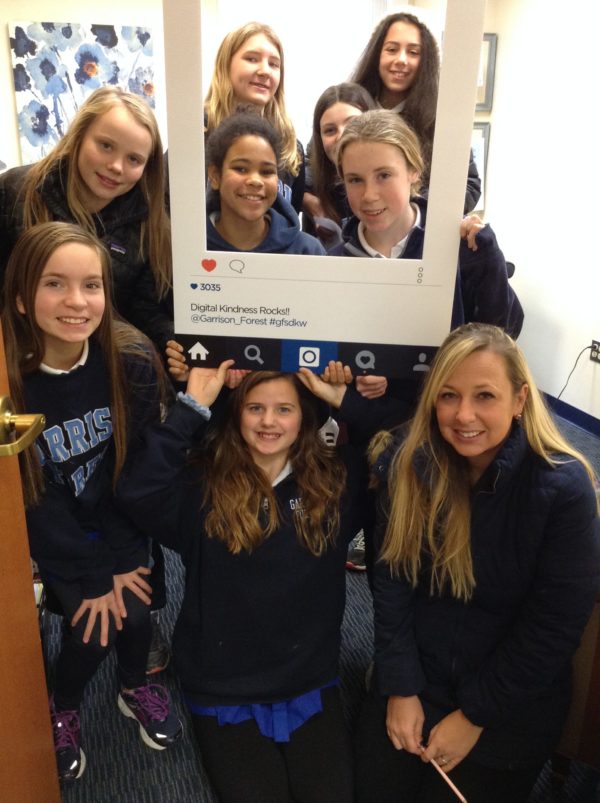 When Garrison Forest launched its first Digital Kindness Week in 2014, the program was designed as a week full of activities for middle school girls to help combat cyberbullying and other online issues by driving home the message of good digital citizenship. In the mere three

END_OF_DOCUMENT_TOKEN_TO_BE_REPLACED

The Bullying Goes On: From Hi-tech Tactics to Simple, Animal-like Behavior

Cyberbullying is the latest buzzword in the war against bullying. School-based lectures and wide-scale campaigns denouncing cyberbullying have beaten the message into adolescents that posting mean stuff online about someone you know can be extremely painful to the victim, resulting in despair, isolation and, in extreme cases, suicide. But the bullying goes on.

END_OF_DOCUMENT_TOKEN_TO_BE_REPLACED If you’ve never received a mean message or comment from a stranger, you may (sadly) be in the minority. From cyberbullying to trolling to regular old nastiness, the internet can be a rough place to hang out.

MICA student Lindsay Bottos has seen it all first-hand. In 2010, she created a Tumblr site to showcase her work — and in the years since, she’s received hundreds of mean anonymous messages. But instead of taking her site offline or ignoring the jerks, she decided to use their rudeness to fuel her creative practice.

END_OF_DOCUMENT_TOKEN_TO_BE_REPLACED

The Facebook post read as follows: “Zari Press goes out of her way to be nice to everyone and I think she’s just the coolest.”

By all accounts, Zari Press, Friends School senior and class co-president, does seem like a nice girl. Nonetheless, the flattering words appear somewhat out of character for a Facebook post written by a teenager.

Facebook, after all, has earned the infamous reputation as the social media outlet of choice for teens intent on slinging insults at their peers. When taken to extremes, this form of cyber bullying results in some damaging consequences to defenseless targets—ranging from deep humiliation to emotional damage; even suicide.

As cowards usually do, ‘cyber bullies’ act anonymously. But now, in a positive turn of events, come reports of high school and college students posting Facebook messages anonymously about their peers. Only this time, they’re all good.

These messages are called, aptly, ‘compliments’ pages. The first one appeared last year, when four undergraduates at Queen’s University in Ontario, Canada set up a profile page on their university’s Facebook page, to which students anonymously submit compliments about classmates.

Just a few weeks ago, Friends Upper School students began receiving anonymous compliments via the Frendz Skool Compliments Facebook page, causing a buzz on the Baltimore campus as classmates try to figure out who’s behind the kind gesture.

“When it first started I messaged the people who run it offering my help and RAK’s support, but they said they would like to remain anonymous,” said Press, who is in the RAK (Random Acts of Kindness) club at Friends.

“It has to be more than one person,” she guessed, since to date over 550 compliments have been posted to the compliments page. “We think it’s a group of students, probably underclassmen, who have more time on their hands [than seniors] to take this task on,” she said.