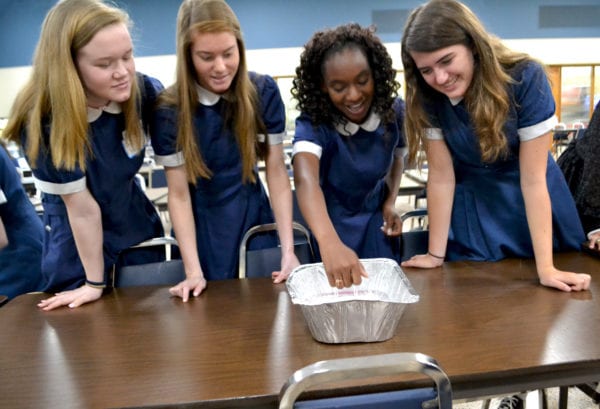 Dissecting animals is one of the most anticipated activities in every high school biology class. At Notre Dame Preparatory School (NDP), that experiential laboratory assignment looks a little different than at most schools. As each biology student hovers over her specimen—in this instance, a rat—and slices into it, an NDP art student stands nearby, closely observing. She may ask her lab partner questions as she draws a representation of the subject’s vital organs on display. The moment presents an opportunity for the two students from different classes to engage in a dialogue from which they can both learn. This collaborative, interdisciplinary learning experience exemplifies NDP’s STEAM program.

Not to be confused with STEM, which stands for Science-Technology-Engineering-Math, STEAM incorporates art into the mix. At NDP, students and faculty have embraced this curious and relatively new acronym, which represents a blended curriculum that allows students to develop an interest in seemingly divergent subjects like art and science that they soon learn can, in fact, be rather complementary.

END_OF_DOCUMENT_TOKEN_TO_BE_REPLACED 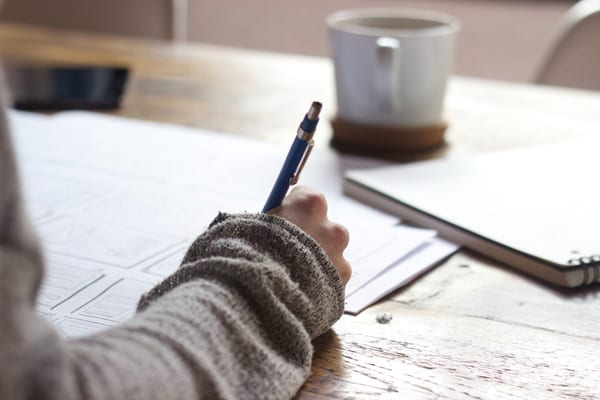 Now that the Fourth of July is behind us, forward-thinking families are beginning to prepare for the coming school year. That means pulling out summer reading lists; encouraging kids to sharpen their math skills; and, for those whose children are rising high school seniors, starting to think about the college essay. It’s definitely not too early.

Senior year of high school is an exceedingly busy time for students. Clearing time during the fall semester to develop a thoughtfully crafted Common Application Essay—the notorious 650-word personal piece of writing that students hope will wow college admissions officers and secure them a spot at their dream college—suddenly becomes an enormous challenge in the midst of all the other academic, college-related, and social obligations students face during senior year.

END_OF_DOCUMENT_TOKEN_TO_BE_REPLACED 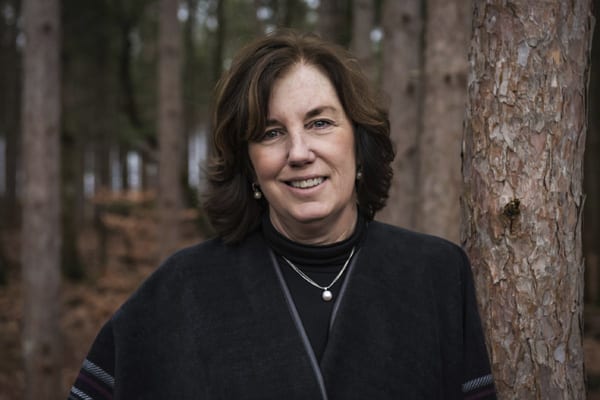 Founded in 1873, Notre Dame Preparatory School (NDP) boasts a lengthy and impressive reputation throughout the independent school community in Baltimore. Its one-to-nine student to faculty ratio, 100 percent acceptance rate to four-year colleges, and more than $22 million in academic scholarships awarded to this year’s graduating seniors speak to just some of its marks of excellence. Joanne Jones, NDP’s new incoming executive director of academics, plans to build on the school’s positive trajectory. Read our interview with her here:

You are approaching some big life changes over the next few months: moving from the Midwest to the East Coast and transitioning from a co-ed, preschool through grade eight school to an all-girls’ middle- and high school. How does that feel?

Transitioning to NDP as the Executive Director of Academics feels like coming home. In December of 2018, I engaged in a national search for a top leadership position in Catholic education. Much of my search focused on the East Coast. My son and daughter-in-law live in Manhattan, and I have extended family scattered throughout the East Coast. When I arrived at NDP for my two-day visit, I had the opportunity to meet with faculty, staff, students, alumnae and Sister Patricia. I left knowing that I would welcome the opportunity to lead and collaborate at NDP. I was blessed to have several excellent opportunities, none as compelling as NDP.

END_OF_DOCUMENT_TOKEN_TO_BE_REPLACED

Is your senior struggling with the college essay?

Save Your Relationship; Leave it to the Pros

As if today’s rising high school seniors don’t face enough pressure—about where they’ll apply to college, if they’ll get in, whether they’re making the right choice—there’s the looming hurdle of the college application itself. Sure, high school college counselors likely advised rising seniors to grind it out during the summer months. And if you have a child who actually followed this sage advice, congratulations. You’re in the minority.

END_OF_DOCUMENT_TOKEN_TO_BE_REPLACED

Amanda Lipitz hopes her documentary “Step” will show a side of inner-city Baltimore not usually found in today’s headlines.

END_OF_DOCUMENT_TOKEN_TO_BE_REPLACED

In the world of Baltimore prep school sports, it promises to be the game of the weekend, if not the century.

Since October 12, 1914, this annual football game between two local rival prep schools has occurred almost uninterrupted, save for outbreaks of infantile paralysis and influenza in the early 1900s. So this Saturday, November 7, 2015, as McDonogh and Gilman meet before a large and possibly record-breaking crowd at the John McDonogh Stadium to mark the 100th game between the two athletic powerhouses, it will, in a sense, be business as usual.

END_OF_DOCUMENT_TOKEN_TO_BE_REPLACED

Partnering to Build a Better Baltimore

Baltimore’s public and private schools join forces to make a difference through education.

On a blindingly sunny day in June, at precisely 8:15 am, a couple of packed school buses pull up to the curb of St. Paul’s Middle School in Brooklandville and deposit around 110 elementary- and middle school-aged children onto the sprawling bucolic private school campus. As they file out, the riders are greeted by several volunteers—high school students from St. Paul’s—and counselors who they animatedly “high five.”

END_OF_DOCUMENT_TOKEN_TO_BE_REPLACED Last January, Dr. Leana S. Wen took the reins from Dr. Oxiris Barbot as Baltimore City Health Commissioner.  Being responsible for the health of the entire city seems like a gargantuan charge, especially for someone barely 30. But given Wen’s accomplishments to date—she entered college at 13, studied public health and health policy as a Rhodes Scholar at the University of Oxford, served on an advisory commission to Congress regarding graduate medical education, worked as an attending physician in a busy emergency room, gave four popular TED and TEDMed talks, wrote a critically-acclaimed book When Doctor’s Don’t Listen: How to Avoid Misdiagnoses and Unnecessary Tests, to name a few—she’s probably up to the task.

END_OF_DOCUMENT_TOKEN_TO_BE_REPLACED

This week, popular entertainment network Nickelodeon debuted Wallykazam!, a brand-new TV show with a twist. It’s the network’s first animated series targeting preschoolers that embeds a literary curriculum into a full-length story. The show cunningly squeezes in the literacy lessons via Wally, a troll who waves his magic stick to make words come to life. Some Baltimoreans may recognize the voice of wordsmith Wally as that belonging to 12-year-old Thomas Langston, a sixth grader at Gilman School.

Roland Park resident Langston is no stranger to the entertainment business. He appeared in Clint Eastwood’s feature film, J. Edgar. TV credits include a role as Tommy in an episode of Law & Order: SVU as well as a young Thomas Adams in the HBO production John Adams. He’s also acted in many regional theatrical productions. Recently, BaltimoreFishbowl caught up with Langston on one of his rare days off (thanks to inclement weather) to find out what it’s like to split time as a professional actor and a middle school student.

Tell me a little about the character Wally in the new series, Wallykazam!, whose voice belongs to you.

Wally is this outgoing troll who loves to play with his pet dragon, Norville. He loves to have these neat adventures with his friends, and he always tries to think up words that help with his adventures. His magic stick helps words come to life.

How do you prepare to play Wally?

Usually I have something to drink. Then I just warm up my voice and act like myself.

END_OF_DOCUMENT_TOKEN_TO_BE_REPLACED

Ever been asked the question: Where’d you go to school? If you live in Baltimore, there’s a good chance this inquiry is not about the college you attended, but rather where you spent your formative years. Oftentimes, respondents will blurt out the name of the school to which they formed an indelible lifelong allegiance, oftentimes beginning as early as age 4 or 5. But sometimes, the school that one enters as a wee child turns out not to be a perfect match. Then what?

It’s a tough question that scores of Baltimore families face every year. But even when red flags wave in front of parents and their children signaling time for a change, it’s not always easy for families to do. Some fear disappointing generations of extended family members who’ve attended the same school. Others, originally convinced that they’d found the ideal school for their son or daughter, have a heck of a time mentally re-calibrating an image of a different academic setting that might be a better fit. So too do students. But it can be done.