I was a formerly wary drinker. A glass of seltzer with a splash of white wine, to make a very weak spritzer, was about as strong a drink as I could handle. But I am learning to appreciate the stronger stuff.

And now that I’ve sampled the Mt. Washington Tavern‘s Triple Crown selection of three winning cocktails they’ve prepared to celebrate the month of iconic horse races, I’m hooked on the hard stuff or at least rye.

In conjunction with the Sagamore Spirit Whiskey Distillery, in Port Covington, the Tavern has come up with the Derby Mint Julep in honor of the Kentucky Derby, and the Black-Eyed Susan in honor of our own leg of the Triple Crown, and the Belmont Stakes Jewel. All feature the special Sagamore rye.

Tavern owner Rob Frisch had the idea for the drinks in honor of the Triple Crown races several years ago. Just last year he joined up with the Kevin Plank-owned Sagamore Spirit for the drinks promotion. He tweaks the drinks slightly every year, though they remain based on traditional recipes. They are served in commemorative, collectible glasses and you get a discount on refills. The glass is then yours to take home.

“Preakness here is huge,” Frisch says. And his tavern is kind of Preakness central, running complimentary shuttles to the Black-Eyed Susan event on Friday, May 18 and to the Preakness itself, Saturday, May 19 from 11 am to 7 pm both days in a continuous loop.

“The Black-eyed Susan event is very big with women,” Frisch says. “It’s a chance to show off hats and sundresses.” Indeed, the day is devoted to women’s health issues, raising money for the Susan G. Komen Foundation. It’s referred to as the ultimate Girls Day Out, as women attendees are encouraged to flaunt their style as they watch races, drink bottomless mimosas, and learn more about horse racing from several female experts on the sport.

If you don’t attend the races in person, no problem, as all the big TV screens at the Tavern are tuned in to the races. You can join a few hundred other fans for watching, eating and drinking the signature cocktails. It’s a ton of fun and the camaraderie can’t be beat. You’ll get excellent service from the staff who are so loyal, they have a combined 250 years of service working there.

Extra treat: the Preakness’s bugler comes down and plays for the dining room after the race, and several jockeys come over as well.

Sagamore Spirit Distillery in Port Covington gets its name from the famed thoroughbred horse-breeding farm in Baltimore County, Sagamore Farm, established by the Vanderbilt family in 1925. Plank bought and began restoring it in 2007.

The farm was built on limestone, a water-bearing rock; its springhouse, built in 1909, was once used by local farmers to store milk during Maryland’s hot summers. There’s no floor to the springhouse, just a pool with bubbling water. The limestone aquifer helps filter out the iron and retains all the calcium, just right for whiskey making.

That unusual water is driven 22 miles from the farm down to the distillery. To truly understand the insanely complicated distilling and aging process (how did anyone invent this stuff?), you should really take a trip to the waterfront distillery; hour-long tours are given every day—visit the website, sagamorespirit.com, for hours. You’ll learn about the history of rye making in Maryland, sit in fascination staring at the gigantic mirror-finished copper column still, and get to sample three of the whiskeys.

Rachel Fontana, a distillery rep, says, “We host cocktails tours every other Wednesday at the distillery, featuring seasonal cocktails. They’ve been really well attended, especially for people who are just beginning their whiskey journey.

“Since we opened the distillery last April, we’ve distilled over two million pounds of grain, welcomed over 30,000 guests through the distillery, hired over 50 new teammates, and entered over 30 new markets. Sagamore Spirit has become a bona fide destination for whiskey fans, and that makes us very proud!

“Maryland used to be incredibly famous for rye whiskey,” she adds. “Before Prohibition, there were 44 distilleries in Maryland and 22 in downtown Baltimore alone! Sagamore Spirit wants to inspire a global passion for Maryland Rye Whiskey. Whiskey can be a divisive spirit for some—but there’s a magic and romance to it that guests get to see first-hand on the tour.

“The tour includes information on the history of rye whiskey, how we triple distill our award-winning spirit and use the unique spring-fed water from Sagamore Farm to cut each bottle of whiskey to proof.

“We’re proud to be a neighborhood distillery and encourage our guests to savor our spirit and share their own.”

And let’s not forget the pigs!! “Every day, a local farm picks up our stillage, which is the grain that falls to the bottom of the still after distillation, to feed to their pigs! We couldn’t make whiskey without our local farmers.” 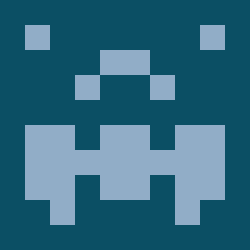