People are staying closer to home these days, but there’s still lots to do in the region. 9 ½ hours is a new feature with suggestions for local day trips.

So you’re in the mood to get out on the water and eat some crabs. Annapolis and the Eastern Shore are obvious choices. But have you considered Dundalk?

The post-industrial waterfront community on the East Side of Baltimore County seems perpetually poised for rebirth, with an authentic tank-top-and-tattoo personality that occasionally serves as a regional punch line. It’s also got miles of waterfront, cool breweries and restaurants, and a heck of a history.

Here’s a suggestion that we followed ourselves: Grab a dozen crabs from one of the iconic crab houses in Baltimore — Costa’s Inn at 4100 North Point Boulevard – and drive a couple of miles to North Point State Park, where you can grab a shady picnic table overlooking the water. Bring some bug spray, though. The flies will like not only the crabs but also your ankles.

The park is the site of an annual reenactment of the Battle of North Point, fought on September 12, 1814 and considered a pivotal moment in the War of 1812. The British had just taken Washington D.C. and burned the White House and Capitol. But at North Point, the Americans successfully stopped the British land attack, turning the tide toward U.S. victory.

Dundalk’s town center was built about 100 years later. Its town center and curved streets – all named for the town in northeast Ireland – were designed by protégés of Frederick Law Olmstead as an industrial planned community for the thousands upon thousands of laborers at Bethlehem Steel. The area thrived in the 1920s, 30s and 40s, as the mills helped power the U.S. to victory in two world wars and beyond.

Globalization and trade policies led to decades of stagnation for Dundalk and communities like it in Maryland, Pennsylvania, Ohio, New York and elsewhere.

But in 2020, there is no overlooking Dundalk’s “good bones.” You can have a fun day exploring the area, even during a pandemic. Here’s how to spend 9 ½ hours in Dundalk, keeping your distance during the time of the novel coronavirus:

Rivers and inlets that lead to the Chesapeake Bay are the defining features of Eastern Baltimore County. A morning paddle is a great way to start your day, from, say, Merritt Point Park or Chesterwood Park, which front Bullneck Creek. You can rent a stand-up paddleboard at B’More SUP, 8500 Cove Road in Dundalk. Book online at baltimoresup.com, grab your board and head out into Bear Creek.

To replenish your calories, head to Herman’s Bakery, 7560 Holabird Avenue. It’s been owned and operated by the Herman Family since 1923, supplying the carb and sugar needs of generations of Dundalkians. The staff there say that marshmallow donuts, available daily, are a popular breakfast option, along with the cheese Danish. Grab a loaf of raisin bread too, if available.

Dundalk’s town center, added to the National Register of Historic Places in 1985, was designed to provide space for shops, offices, a community hall, transportation, recreation and schools. Today, the brick Tudor-style commercial buildings remain much as they did a century ago, but it would be hard to call them truly thriving. Apart from chain drug stores and medical offices, there are few shops with a true local flavor, like Dude’s Snack Attack (75 Shipping Place), and the Then and Again Second Hand store (79 Shipping Place), to poke your head in. The buildings face large grassy Veterans Park, which hosts a farmer’s market every Saturday from June through October, from 7:30 a.m. to 12:30 p.m. The soft shell crabs sell out quickly.

From Veterans Park, you can see the gantry cranes of the Port of Baltimore in the distance, a reminder of the area’s marine industrial heritage. Venture a block or two away on streets with Irish names like Dunglow and Dunleer to see examples of the revival architecture of the well-preserved homes of steel.

For a caffeine fix, consider Joanna’s Café, an inviting spot on the ground floor of Merritt Station at 1430 Merritt Boulevard, a new apartment complex that represents the regrowth in the area.

To be sure, you can also grab a cup at Royal Farms. Dundalk is the absolute epicenter of the convenience store known for its fried chicken – there are at least 15 of them within a five-mile radius of the heart of Dundalk, and some impressive new ones ready to open.

Key Brewing is a big name in the Baltimore region, and one of the better-known new Dundalk businesses. Named for Star Spangled Banner author Francis Scott Key, the brewery and its founders stay true to their roots by calling themselves “purists” but not “elitists.” The taproom at 2500 Grays Drive is open Thursdays through Sundays, and it’s a good spot to sample a “Dundalk Calling,” their tasty double IPA.

Bethlehem Steel is no more, but the hundreds of acres once covered by the former steel mill are being reborn as Tradepoint, a commercial and industrial center home to an Amazon distribution center and other tenants, with more on the way.

It’s easy to find an unpretentious waterfront spot for an adult beverage as the day draws to a close.

Sit under an umbrella at Tiki Lee’s Dock Bar (4309 Shore Road, Sparrows point) and try some wings and fried pickles, and watch fellow patrons pull up to floating tables in their personal watercraft. Or try the Hard Yacht Café at 8500 Cove Road, within the Anchor Bay Marina.

Exploring Dundalk is best done by car. From downtown Baltimore, head out Boston Street to the east. Otherwise, the Baltimore Beltway takes you right there.

Note: This article has been updated to correct a reference to North Point State Park as being the location of an annual reenactment of the Battle of North Point, not the site of the battle itself. The battle, which helped save Baltimore from a British invasion in 1814, took place several miles away at Old North Point Road and Trappe Road. We regret the error and appreciate the reader who brought it to our attention. 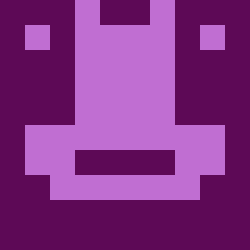 Latest posts by Karen and David Nitkin (see all)