Jason Jeffers, a store manager at Eddie’s Market in Charles Village, has been fielding questions for months about Kinderhook Snacks. He tells customers, eager for favorites like salted chocolate chip cookies, coconut honey macaroons and baked cheese stamps, the same thing about the company every time they ask: It seems like they have disappeared.

Kinderhook took a scheduled production break in January to “allow our staff to return home and take an extended vacation,” according to an email sent to Kinderhook’s client stores. “We will send out an email when we return.”

But that vacation has now lasted three months, with no word from the company on when, or if, it will resume production.

“After about a week and a half of emailing them and calling them with no responses and a full voicemail box, I called some other stores in the area to see if anyone was able to get ahold of them,” said Jeffers. “They said no, no one has been able to reach them at all.”

Caitlin O’Connor, an assistant manager at the Wine Source in Hampden, recalled a similar
experience. “After the month of January ended, our buyer attempted a couple of times to both email them and call them just to check back in, and we have just never heard from them since–no email replies or answered phones or anything.”

Kinderhook Snacks changed hands in 2018 when its founders, Katie Horn and Marie Stratton, sold the company to Anthony J. Portera, known as “Tony,” and a business partner.

Kinderhook’s limited online presence is little help. Its Facebook and Twitter pages have both been inactive since 2016. The checkout function has also been disabled in its online store.

According to some retailers, the shift in ownership hurt their relationships with the company.

“Unfortunately, we did not have the same rapport with the new owners as we did with Katie and Marie,” said Dawn Hudson, manager of TROHV in Hampden. “Customers noticed that the quality changed a little bit when the new owners took over. But [the snacks] still sold, since they had such a great following.”

While difficulties with Portera and his staff ultimately led TROHV to stop carrying their goods in summer of 2018, Hudson recalled them being extremely popular before the change in leadership.

“Customers would be so excited because they knew that these cookies were just delivered and made fresh the day before,” she said. “We’d have people coming in specifically for these after work… they were very popular when the girls [Horn and Stratton] owned the company.”

Jeffers recalled a harmonious experience with the new owners when the company changed hands.

“They contacted us and were excited to have the business–they set up a demo here, that’s how I actually got to know the two men a little bit,” said Jeffers of the new owners. “They seemed very excited, they had all kinds of plans for what they were going to do… which makes it all the stranger that they’ve just disappeared.”

As interest in the business increased, Horn and Stratton’s operation outgrew their home kitchens. With Atwater’s permission, they began using the kitchen of the restaurateur’s Falls Road location to bake their snacks during off hours. A 2013 Kickstarter campaign secured them a home for their bakery in Old Goucher.

That location, at 2111 Morton Street, is a squat brick building flanked by barbed wire fences behind a row of fashionable N. Charles Street homes. No one answered the door, which is still labeled with a Kinderhook Bakery sign.

It’s unclear whether Kinderhook still operates out of that space. One of the company’s automated email replies lists an “updated” bakery address at a home on Cameron Mill Road in Parkton, Maryland, roughly 32 miles north of Baltimore City.

As their calls and queries remain unanswered, retailers lament the disappearance of a successful business relationship and a product favored by many customers.

“I’m not sure if that [break] was just a trial period for them to see if they could work out whatever they had going on,” said O’Connor. “Or if [in the case of a permanent closing] they were trying to soften the blow for everybody.”

Jeffers said the tale of Kinderhook’s disappearance is “actually a rather short story because there’s little to no detail.”

“Just gone. Poof. No word, no anything.” 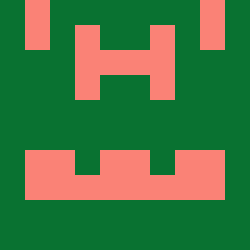